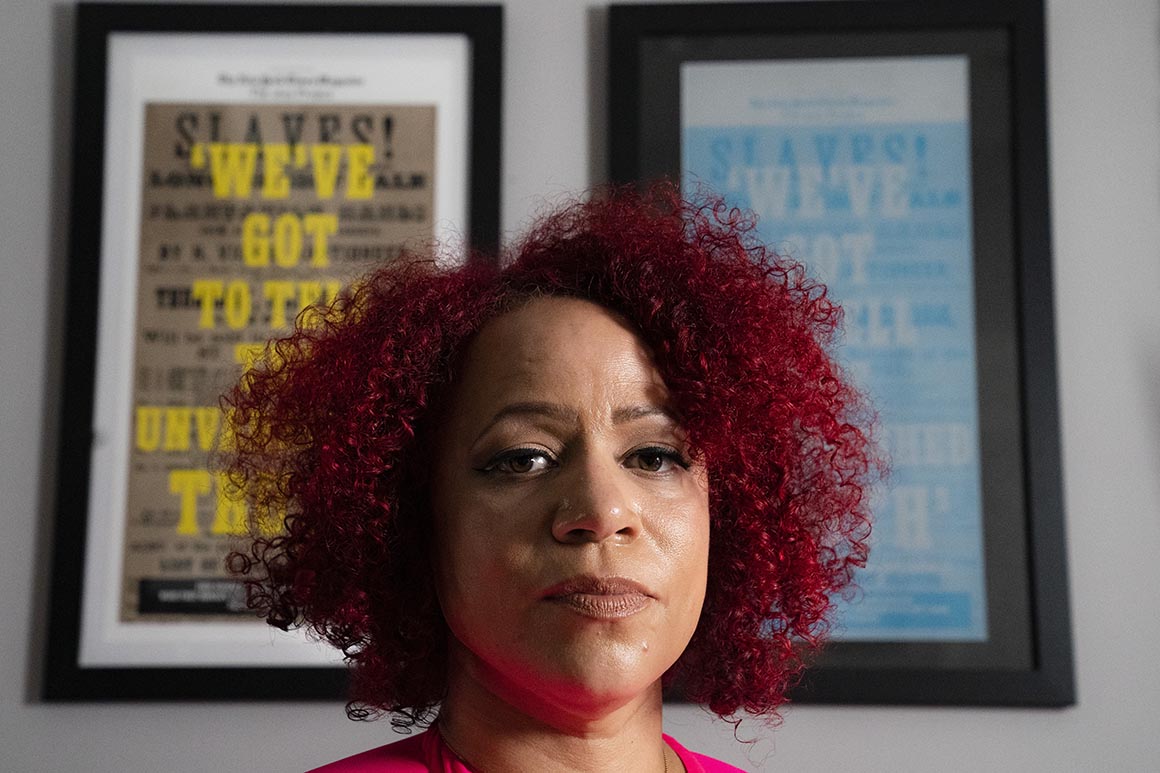 Nikole Hannah-Jones’ decision to spurn the University of North Carolina for a job at Howard University this week was electrifying for many of us who have experienced racism. Hannah-Jones, one of the top most-decorated journalists of our era, smacked down a big, prestigious white school in favor of a historically Black one. In one gesture, she turned UNC’s initial rejection of her tenure deal into an empowering statement that will resonate well beyond the city limits of Chapel Hill.

It’s personal for me. Not because I attended an HBCU myself—but because I once overlooked them.

Even though I now know how indispensable and prestigious HBCUs are, I didn’t always see it that way. Growing up, I was implicitly taught that schools like Howard were less prestigious than schools like Harvard or UNC, highly selective schools that are also mostly white. For much of my life, I’ve fought for that same kind of acceptance at other mainstream white institutions because my understanding of excellence was that it resided wherever white people were, not where Black people study.

I’ve had to fight to unlearn that kind of thinking, and I am still fighting to unlearn it. It’s part of the racism I absorbed as a Black student even in segregated public schools. St. Stephen High School in South Carolina was still segregated when I graduated in 1991 and would remain that way for another decade. And even there, the white perspective often dominated; one English teacher, for instance, forbade us from writing about Malcolm X for Black History Month because he called white people “blue-eyed devils.”

When I was considering which college to attend, I almost immediately cut every HBCU from my list. It didn’t matter that Martin Luther King Jr., Spike Lee and the like had graduated from Morehouse College in Atlanta when my high school football coach took me on a visit there. It wasn’t that it was too Black, but that it wasn’t white enough.

Ironically, my first choice out of high school was UNC. I was accepted but eventually chose another highly-selective predominantly white institution in the state, Davidson College. I don’t regret choosing Davidson. There, I began to unlearn some of the messages I had absorbed about racial inferiority because I realized I could compete with top white students in their environment. And I’ve since developed a profound respect for HBCUs, as I’ve met more graduates of those institutions, many of whom have been just as impressive as anyone I’ve met at Ivy League schools, and learned of their success of consistently producing professionals in a variety of fields.

My understanding that HBCUs weren’t as good as predominantly white institutions was part and parcel of a broader indoctrination, one that few of us escape, regardless of race. My indoctrination meant no matter the depth of my academic success, I doubted myself because that success was accomplished at a nearly all-Black segregated high school in a rural part of South Carolina. In my muddled mind, academic excellence could only be attained in the presence of white people, could only be achieved if acknowledged by them.

Even now at the age of 48, I have to fight off a soft voice in my head telling me Black people really aren’t the equal of white people, that racial disparities mean there is something wrong with us rather than what we’ve been born into.

That’s after proving my worth as a Black student at an elite, mostly-white liberal arts college—the same college where I now teach. That’s after being paid to spend a year at Harvard University, after writing a few books, being published in several dozen top outlets. That’s after raising two beautiful Black kids and being married to a beautiful Black woman for nearly 23 years.

That’s why I involuntarily chuckle every time I hear a white parent or politician say white children who are being taught about white privilege—which they are calling critical race theory, but which is actually a phrase and concept that undergirds so much of contemporary discussion about racism—are being indoctrinated, are supposedly being taught to feel guilty. Because I know they know not of what they speak.

Indeed, my assumptions about HBCUs, and about the supposed inferiority of Black people, were part of the reason for critical race theory in the first place. A scholar closely associated with the theory began work on the concept when he was serving on the University of Virginia Law School admissions committee in the 1980s and saw students from Black schools dismissed as unprepared for the rigors of a mainstream institution. That would have been right around the time I was beginning to think about which college I might like to attend.

I didn’t even learn of the term critical race theory until I was an adult watching my wife study for her doctorate in literacy and learning. I didn’t know I needed something like it to help me grapple with thoughts of racial inferiority rooted in a slate of racial disparities too often written off as individual failure rather than evidence of systemic problems and a legacy that has roots in the founding of a country that once embraced race-based chattel slavery.

Hannah-Jones’ decision to go to Howard instead of UNC, along with another acclaimed journalist, Ta-Nehisi Coates, means the school will instantly have one of the highest-profile journalism programs in the nation helmed by some of the most talented journalists on the planet. That comes on the heels of the school watching alum Kamala Harris become vice president of the United States and a five-star basketball recruit, Makur Maker, choose the Bison over traditional powers like UNC. I don’t know what this means for HBCUs long term.

But I know those schools have long produced a disproportionately high number of Black professionals even as Black students at elite mostly-white institutions have gotten more attention. It should surprise no one that the first Black and ethnically-mixed woman to become vice president came through an HBCU.

Despite her credentials, a handful of well-placed white conservatives decided to treat Hannah-Jones unfairly, largely because she clearly rejected that indoctrination to which so many of us are subjected. Her work proves it. Her previous investigative journalism showed how, at first, integration in schools helped shrink the racial achievement gap—until, that is, have white parents came along and reversed such programs when they felt threatened or thought they had to make small sacrifices. And the 1619 Project, a re-examination of this country’s history through the eyes of Black people, has changed the discussion about race in this country like little else. It did so by refusing to assent to the idea that the white lens is superior to all others.

It’s why she was able to do what many acclaimed historians couldn’t: help Americans re-imagine what it means to be American, to challenge the status quo that taught me (and others) to revere—not just learn about—the men who held people who look like me in bondage. Think about how absurd it is that people who didn’t mind Black kids being taught to love white enslavers are suddenly bothered by the possibility that their white children might learn that white people didn’t earn everything they have, that racial disparities aren’t simply the result of white excellence and black laziness, that the evils we’ve been contending with since before our founding affect us today.

How I wish I was a young Black student learning about that rather than from history books written by Confederate sympathizers, something that still happens here in the South. Maybe I would be able to spend less time un-indoctrinating myself and more time thinking about all the things I could be, could accomplish in a country that belongs to me as much as my white neighbors.