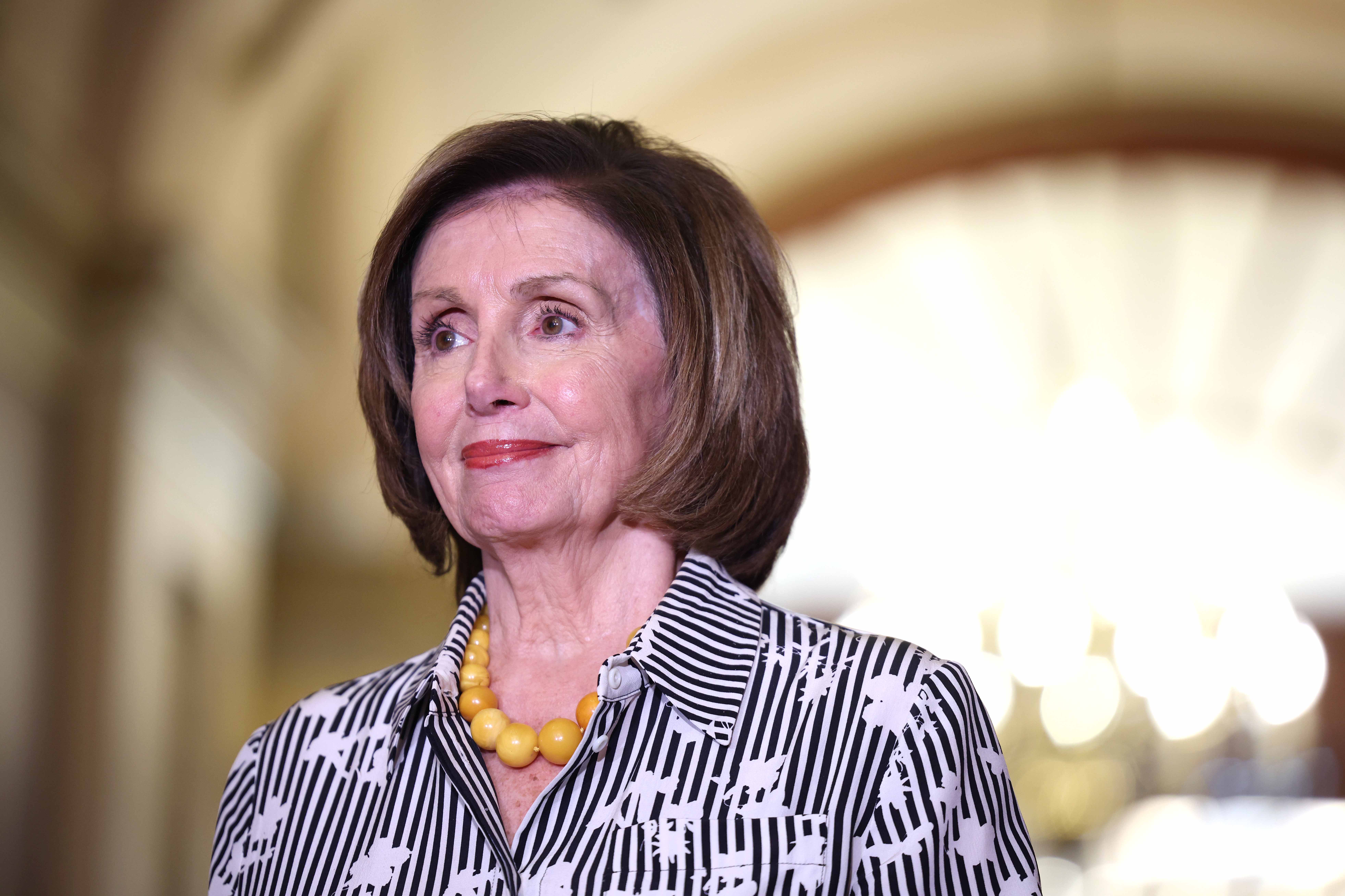 Speaker Nancy Pelosi stunned the GOP on Wednesday by vetoing two of House Minority Leader Kevin McCarthy’s choices for a select panel investigating the Jan. 6 Capitol attack, a move all but guaranteed to spark a Republican boycott of the probe.

Pelosi rejected Rep. Jim Banks (R-Ind.), who was tapped to serve as ranking member, and Rep. Jim Jordan (R-Ohio), both of whom voted to challenge certification of President Joe Biden’s electoral wins earlier this year. Her decision sent shock waves through the House and is likely to galvanize House Republicans against any participation in the investigation.

“I must reject the recommendations of Representatives Banks and Jordan to the Select Committee,” Pelosi said in a statement. “The unprecedented nature of January 6th demands this unprecedented decision.”

Another Republican, freshman Rep. Troy Nehls (R-Texas), also voted not to certify Biden’s win, but Pelosi said she is “prepared to appoint” Nehls as well as Reps. Rodney Davis (R-Ill.) and Kelly Armstrong (R-N.D.), both of whom voted to certify the election.

McCarthy issued a scorching reply that made clear he would yank his other three picks if the speaker didn’t walk back her veto of Banks and Jordan, a move she’s highly unlikely to make.

“Denying the voices of members who have served in the military and law enforcement, as well as leaders of standing committees, has made it undeniable that this panel has lost all legitimacy and credibility and shows the Speaker is more interested in playing politics than seeking the truth,” McCarthy said in a statement.

“Unless Speaker Pelosi reverses course and seats all five Republican nominees, Republicans will not be party to their sham process,” McCarthy added. He later made clear in a press conference that “we will run our own investigation,” touching on the Capitol’s lack of preparedness for the riot and prevention of a future attack.

Armstrong, for one, didn’t mince words about Pelosi’s rejection of Banks and Jordan.

“It’s bullshit. Jim Banks and Jim Jordan have every right to serve on any committee Kevin appoints them to,” Armstrong said.

“Whenever Speaker Pelosi uses the word ‘unprecedented,’ it is code for her consolidation of absolute power,” Armstrong added. “She is willing to do anything and everything to maintain control over her conference for the next 18 months.”

Jordan echoed Armstrong as he walked into McCarthy’s office following the speaker’s announcement: “It is unprecedented. It has never happened before … We already know what this is: It is a partisan attack against [former] President [Donald] Trump.”

The Ohio Republican added that he has to talk to McCarthy, but is unsure whether any of the GOP members the leader chose would participate in the select panel.

Pelosi has scheduled a meeting of select committee members for midday Thursday, according to a source briefed on the planning. She had individual conversations with members of her leadership team Tuesday as she weighed what to do, as described by multiple Democrats familiar with the talks.

The senior Democrats on the select committee and two close Pelosi allies — Chair Bennie Thompson (D-Miss.) and Rep. Zoe Lofgren (D-Calif.) — were dead set against having Jordan and Banks on the panel. Other senior Democrats were also upset but did not feel as firmly as Thompson and Lofgren, knowing the potential fallout if they did veto McCarthy’s choices could be significant.

Another Democrat on the panel who asked for anonymity to speak candidly said that while they were worried about the potential disruptions the Republicans would cause, particularly Jordan, they were also determined to get to work and confident Democrats could leverage their quorum to keep the panel under control.

Ultimately, Pelosi deferred to Thompson and Lofgren, issuing the statement announcing her decision around lunchtime Wednesday.

Democrats had steeled themselves for the possibility no Republican appointees would take part in the committee and are still planning to proceed with their panel’s first hearing next week. They also noted that the roster is already bipartisan with the appointment of staunch Trump critic Rep. Liz Cheney (R-Wyo.), and some Democrats acknowledged that Pelosi could now appoint additional members to those GOP seats.

“This is about the integrity of the investigation. Period,” Thompson said in a statement.

“That’s all right with me,” Whip Jim Clyburn (D-S.C.) told POLITICO of Republicans’ refusal to participate.

Cheney told reporters that she agreed with Pelosi’s actions, adding that “at every opportunity, the minority leader has attempted to prevent the American people from understanding what happened” on Jan. 6. One of the Republicans Pelosi nixed may be a “material witness,” Cheney added, referring to Jordan.

But beyond Cheney, alarm over Pelosi’s veto extended to even GOP moderates who had called for an independent inquiry into the Capitol siege.

“It is wrong … It’s why most of us who supported the bipartisan commission opposed the select committee bill. Pelosi will have her thumb on the scales with this partisan committee, and the findings will already be baked in,” said Rep. Don Bacon (R-Neb.), who had strongly advocated for his GOP colleagues to support a bipartisan 9/11-style commission on the insurrection.

Davis said Pelosi had brought up the idea of a bipartisan panel to him when the House had reconvened after the tumult of Jan. 6, calling it “disappointing” that she had chosen to veto Republican members.

Pelosi’s move followed a statement by Banks upon his selection by McCarthy as the lead GOP member of the Jan. 6 investigation in which the chair of the Republican Study Committee lambasted the speaker’s motives for creating the select panel on the Capitol insurrection.

“Make no mistake, Nancy Pelosi created this committee solely to malign conservatives and to justify the Left’s authoritarian agenda,” Banks said in his statement.

That comment caused outrage among Democrats over potentially naming Banks to the investigative panel, according to a senior party aide familiar with caucus deliberations.

In addition, Jordan sparked concern among allies of the speaker for his communications with former President Donald Trump to discuss Trump’s bid to challenge Joe Biden’s victory in the 2020 election.

McCarthy himself is at the center of another contentious Trump-related moment: a phone call that he had with the former president during the riot. The GOP leader had previously suggested he would be willing to testify before the panel about that conversation but dodged that question on Wednesday.

“My phone call’s out there,” McCarthy told reporters, adding that it “doesn’t get to the answer of why were we ill-prepared” for the riot.