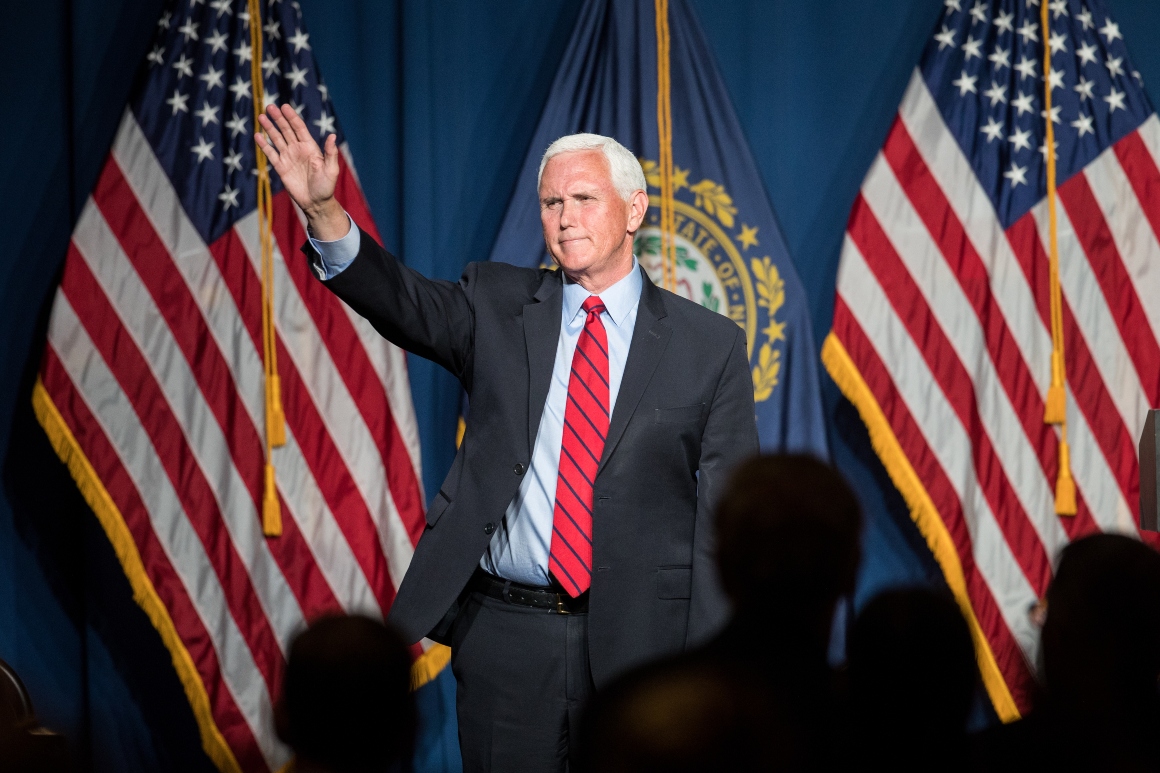 DES MOINES, Iowa — Mike Pence was met by a respectful, even warm, crowd in his first trip back to Iowa since the election. Republicans at a picnic in the northwestern corner of the state stood and clapped for him on Friday. In Des Moines later that afternoon, a ballroom full of Christian conservatives did the same.

He was “honorable,” a “man of faith,” attendees at the annual Family Leadership Summit said. Evangelical leader Bob Vander Plaats called him “a very consistent conservative voice in Congress and then as governor, and then as vice president.”

What few people said they saw in Pence, however, was the Republican nominee for president in 2024.

Many Iowa Republicans had seen the results of the most recent Conservative Political Action Conference straw poll, released just days earlier, in which Pence flatlined, drawing no more than 1 percent support. Before that, they’d watched the video of Pence getting heckled and called a “traitor” at a major gathering of conservatives in Florida last month.

“I don’t imagine he’d have a whole lot of support,” said Raymond Harre, vice chair of the GOP in eastern Iowa’s Scott County. “There are some Trump supporters who think he’s the anti-Christ.”

Harre said Pence “did a good job as vice president,” and he called the vitriol directed at him “kind of nutty.” Still, he said, “I don’t see him overcoming the negatives.”

Six months after he left the vice presidency, that is the prevailing view at the grassroots and among the GOP political class. By most accounts, both here and nationally, Pence is dead in the early waters of 2024.

“Who?” Doug Gross, a Republican operative who was a chief of staff to former Iowa Gov. Terry Branstad, replied flatly when asked about Pence. “It’s just, where would you place him? … With Trumpsters, he didn’t perform when they really wanted him to perform, so he’s DQ’d there. Then you go to the evangelicals, they have plenty of other choices.”

At the moment, Pence occupies a political no-man’s land. Vocal elements of Trump’s base remain furious at him for his refusal to reject the results of the November election, despite him having no authority to do so. Moderates, meanwhile, see too little distance between Pence and the president he catered to for four years. They’re wary the association may turn off the independents and suburban women Trump hemorrhaged in 2018 and again in 2020.

At 62 — and with several contenders in their 40s — Pence is too old to represent a new generation of Republican leadership. His deep well of support among Christian conservatives, which served as a critical validator for Trump, will matter less in a field where the religious right has other candidates to pick from.

“He’s got to justify to the Trumpistas why he isn’t Judas Iscariot, and then he’s got to demonstrate to a bunch of other Republicans why he hung out with someone they perceive to be a nutjob,” said Sean Walsh, a Republican strategist who worked in the Reagan and George H.W. Bush White Houses and on several presidential campaigns.

Describing Pence as “caught in between” those competing factions, Walsh said, “I just think it is an awfully tough, tough hill for him to climb.”

After hecklers greeted Pence at the Faith and Freedom Coalition event in Florida last month, organizers of a speaker series in one early nominating state decided to hold off on inviting him. They were sympathetic to Pence, but fearful he’d be embarrassed by a similar reception there, according to a source involved in the decision.

Three years before an election — and especially for someone with Pence’s name recognition and expansive donor and political network — no campaign is irredeemable. But not since another former vice president from Indiana, Dan Quayle, ran for president in 2000, has such a prominent Republican politician’s pre-presidential campaign seemed more forlorn.

“I really like him,” said Carmine Boal, a former Iowa state representative who chairs the Northside Conservatives group in Ankeny. But Pence, she said, just doesn’t have “the wow factor.”

“You have to have something that just reaches out and grabs people where they’re at,” she said. “Pence just seems a little cool and removed.”

Even if that demeanor might not fit the moment, Pence, a former Indiana governor, still possesses the traits of a formidable candidate. If Trump doesn’t run again in 2024 — the only scenario in which most credible contenders would likely enter the race — Pence would have the benefit of familiarity to Republican voters, a reliably conservative record and relationships forged during time in Congress, in the Trump administration and while sharing a ticket with Trump on two presidential campaigns. 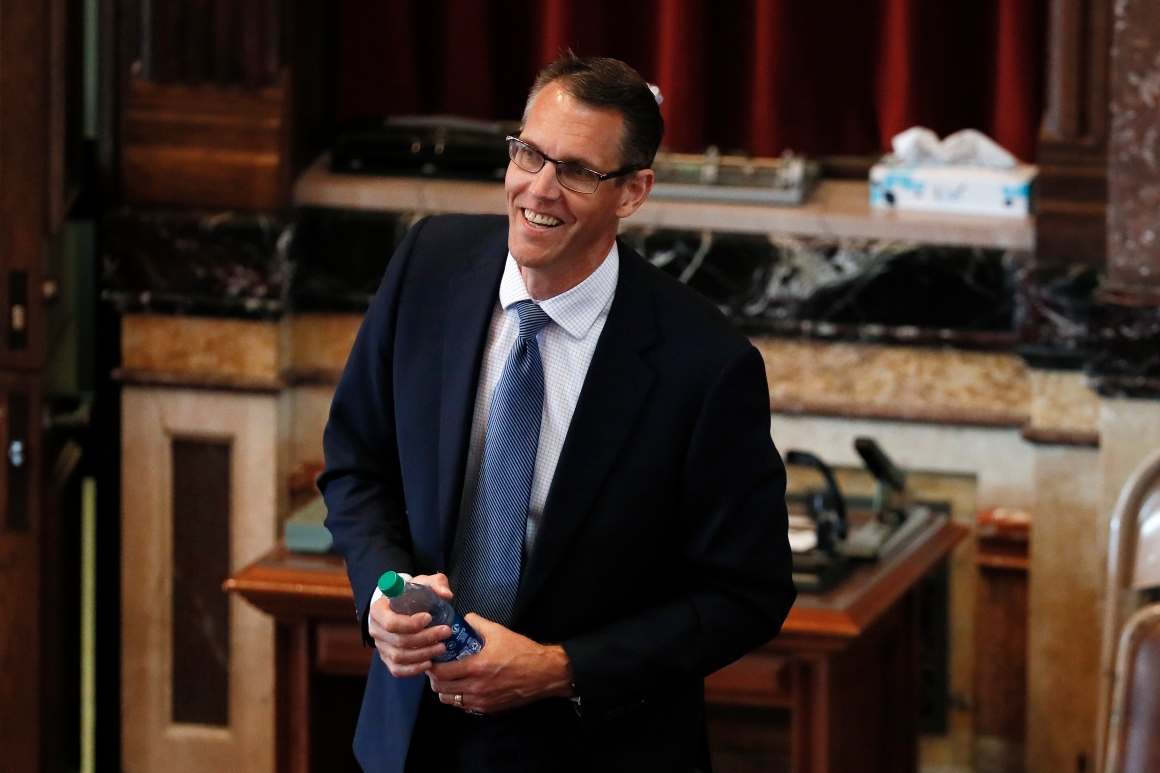 “If you’re a donor, and the vice president of the United States calls and says he wants to have a meeting with you, you’re going to listen,” said Wesley Enos, the former chair of the Republican Party in Iowa’s Polk County.

Vander Plaats, president of The Family Leader, which hosted the Des Moines summit, said that “if Trump doesn’t run, Pence is definitely in the top tier.” In South Carolina, where Pence spoke at the Palmetto Family Council’s annual gala in April, the council’s Dave Wilson said that by the time of the 2024 primary, Republicans may “take a more rational view” of how Pence stood up to Trump.

And in New Hampshire, where Pence addressed a party dinner in Hillsborough County last month, Chris Ager, the state’s Republican national committee member, saw standing ovations for the former vice president and said that “if you just go back in history” of presidential politics, “there are many examples of people who were not even on the radar at this time.”

“Will some of the base ever get past this perception that he could have done more?” said Brett Doster, a Florida-based Republican strategist who served as the state’s executive director for the Bush-Cheney 2004 presidential reelection campaign. “I’m not saying it will, but I’m just saying it’s way too early to count the guy out. I just think he’s got too big of a profile, too big of a donor network.”

Pence needs more than time or the traditional ebb and flow of a presidential campaign to revive his prospects. His path to the nomination, more than most contenders, hinges on the highly uncertain prospect that the primary electorate’s view of the November election — and Pence’s role in it — will change. A majority of Republicans still believe Trump’s lie that the election was stolen, according to numerous polls. And Trump supporters are not letting go, with a controversial audit continuing in Arizona and with Trump devotees pushing for similar reviews in Pennsylvania, Wisconsin and other states, despite no evidence that the election results were skewed.

It isn’t only Trump supporters broadly who pose a problem for Pence. White evangelicals, in particular, feel burned by the last election, more likely than members of any other religious group to believe the November contest was stolen. Those voters once constituted Pence’s base.

Pence is trying to hold on to that constituency — if not to change the minds of his Republican critics, to shift their focus. Earlier this year, he said he and Trump may never “see eye to eye” on the Jan. 6 insurrection. But he does not dwell on it. Instead, he says he “couldn’t be more proud” to have served with Trump, heralds the policies of the Trump-Pence administration and contrasts them with those of the current, Democratic White House. Implicitly, he’s urging Republicans to view Trump — and him — less for their roles in the aftermath of the election than for the four years preceding it.

In some corners of the MAGA movement, that will likely be impossible. Steve Bannon, the former Trump campaign strategist whose “War Room” podcast has served to amplify Trump’s claims that the election was stolen, said that Pence is “dead now” but that as Republicans draw more attention to ballot reviews in Arizona and other states he is “officially going to be buried.”

“MAGA is maniacally focused on 3 November, and they understand Pence betrayed them,” said Bannon, who was pardoned by Trump as he left the White House. “He is being shunned and erased from the MAGA movement, and it hasn’t even started.”

He said, “Mike Pence’s political career is over … It’s done.”

A source close to Pence said he is “entirely focused on 2022,” not presidential politics. Still, he is taking steps to both stay in public view and nurture relationships with Republican politicians and donors who could be helpful to him in 2024. In April, Pence announced the formation of Advancing American Freedom, a policy group. He has a book deal with Simon & Schuster, and he is raising money for House candidates ahead of the midterm elections next year. Later this year, he plans to tour college campuses for the Young America’s Foundation, a conservative youth organization.

Pence’s supporters point out that Joe Biden was widely dismissed as a presidential contender before winning the Democratic nomination and the presidency last year. Trump was a political non-entity at this point in the 2016 election cycle. One former adviser predicted that “once more and more people start talking about the accomplishments of the Trump-Pence administration, and when you get to the actual campaigning that will take place two to three years from now and compare it to the current administration, there’s a very good case to make.”

The overarching problem for Pence, however, is that even if a large number of Republican voters do get over the last election, and respond to the policy contrast with Biden, it’s not clear that Pence will be the beneficiary. Election truthers, like those who stormed the Capitol on Jan. 6 and chanted “hang Mike Pence,” will remain a segment of the electorate unavailable to Pence.

Trump supporters who liked Trump’s policies but not his behavior — the “Trump without the tweets” constituency — will have an entire stable of contenders who aren’t burdened by Pence’s baggage from crossing Trump. And never-Trump Republicans will likely have other, more Trump-skeptical candidates to choose from, potentially including Rep. Liz Cheney of Wyoming. Pence, who is uniquely tethered to Trump by the vice presidency and distanced from him by Jan. 6, has liabilities with all of those factions. 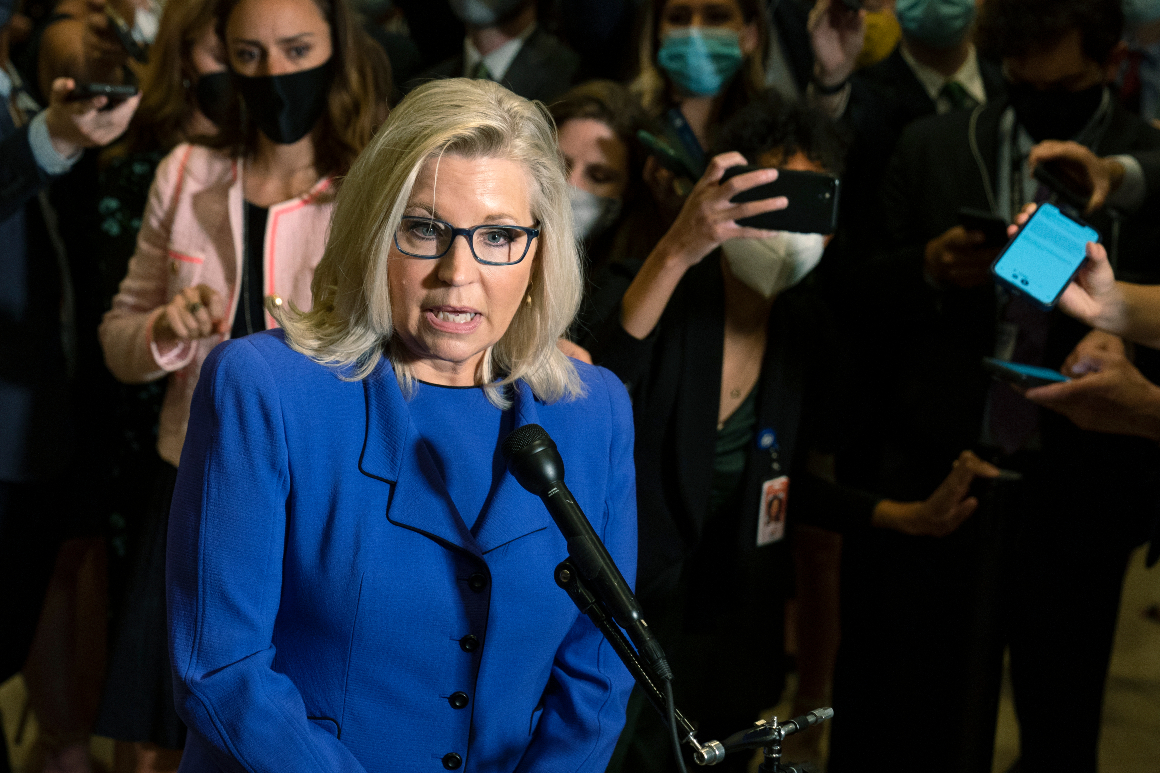 “Where does he even go with that?” an attendee shrugged outside the ballroom where Pence spoke in Des Moines.

Stuart Spencer, the famed Republican strategist who advised Ronald Reagan, said he concluded that Pence was a “sincere guy and has a belief system” when Pence refused to be cowed by Trump on Jan. 6. But he doubted that will do him any good in 2024.

For Pence, he said, “That’s not a big Lincoln Day dinner.”

Olivia Beavers and Daniel Lippman contributed to this report.