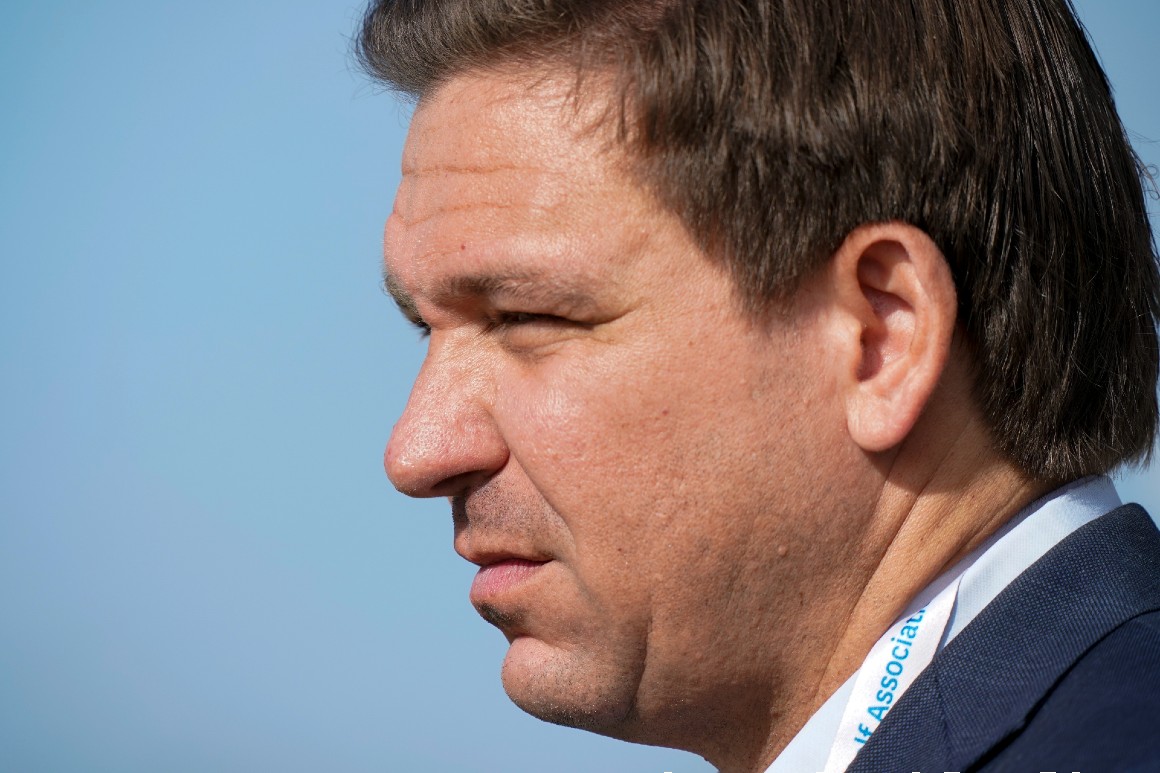 Donald Trump remains the king of the GOP. Florida Gov. Ron DeSantis is looking like the crown prince.

For months, DeSantis’ stature has been expanding within the party, marked by growing buzz among grassroots activists and GOP consultants who admire the pugilistic style of politics he wields against progressives and the media. He’s consistently won GOP straw polls of presidential hopefuls — provided Trump doesn’t run in 2024 — and he even edged out the former president in favorability in one of the informal surveys.

Now a new nationwide poll of Republican voters points to him as the front-runner in the event Trump does not run in 2024.

Trump remains the clear leader of the party. If he decided to run again for president in a crowded 2024 primary field, he would get roughly half of the vote, with DeSantis in a distant second place at 19 percent, according to a new survey of GOP voters from veteran Republican pollster Tony Fabrizio. Everyone else — including former Vice President Mike Pence — would be in single digits.

Trump’s support would likely be even higher because it’s extremely unlikely that DeSantis, Pence or the others would even run against the former president, who’s the undisputed center of gravity in the party, Fabrizio said.

Fabrizio has polled for both Trump and DeSantis in the past.

“For all the talk of the party moving on from Trump, it’s not the case. If he runs, he’s still the 800-pound gorilla,” Fabrizio said. “But while it’s Trump’s party, there is a clear successor — and that’s DeSantis. He’s the crown prince.”

Trump’s standing among GOP voters has been virtually unchanged since Fabrizio’s last survey in February. But DeSantis has skyrocketed in popularity among Republican voters nationally.

Without Trump running, the poll shows DeSantis gets 39 percent of the theoretical GOP primary vote and Pence is at 15 percent. That’s a 22-point increase for the governor — and a smaller, 4-point decrease for the former vice president — since Fabrizio’s last survey.

While Democrats and some in Trump’s orbit have tried to create a wedge between DeSantis and the former president, insiders in both camps say there’s no friction. Fabrizio said DeSantis “has no interest in getting in a squabble with Trump. He’s a young guy with a whole political future in front of him, so why get in a fight with Trump? Why would he throw himself on a grenade?“

The veteran Republican pollster said it was notable that DeSantis has done so well while largely avoiding Trump’s efforts to overturn the 2020 election and question its legitimacy. Indeed, DeSantis earlier this month greeted President Joe Biden in Surfside, Fla., and thanked him for coming and pledging to help after a freakish collapse of a condominium that killed more than 90 people. 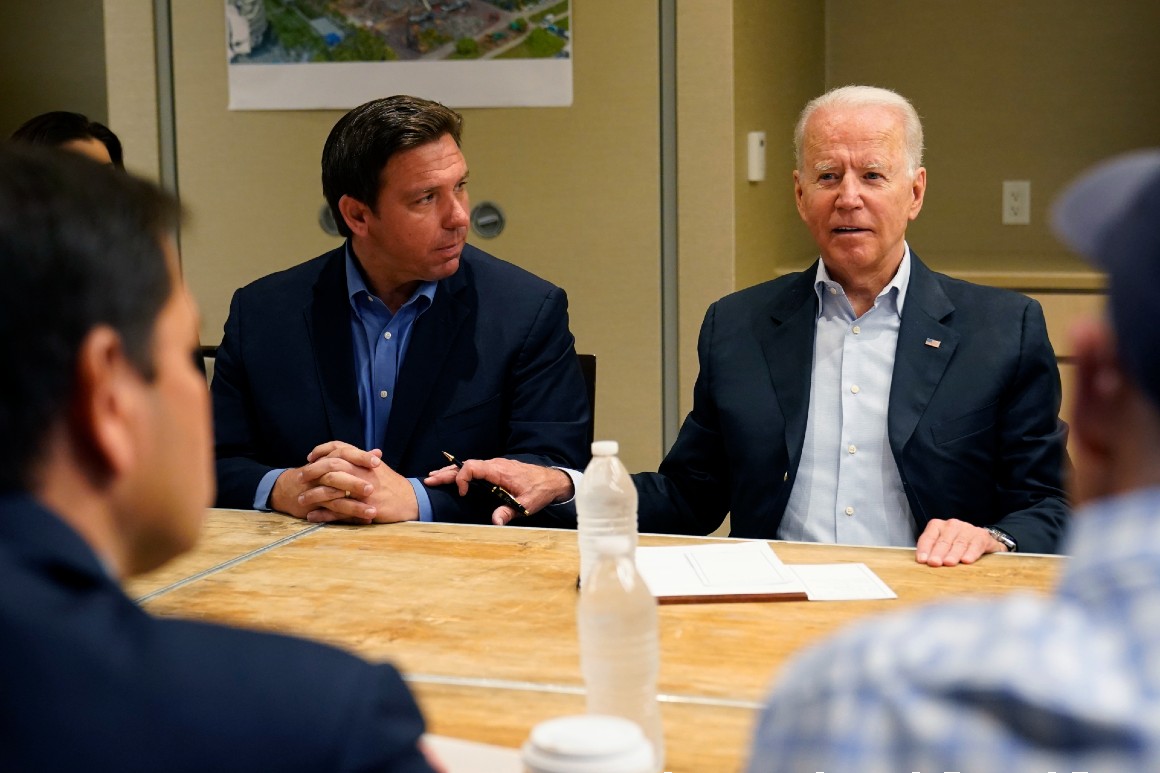 DeSantis, who faces his first reelection to a four-year term next year, has governed Florida as a hard-right conservative who revels in outraging liberals.

He pushed for limited voting restrictions after the 2020 election and advocated for a law banning “sanctuary cities” that protect undocumented immigrants. He successfully called for a ban on teaching “Critical Race Theory.” He tried to stop Twitter and Facebook from censoring politicians, like Trump, who post misinformation. On the opening day of Pride Week, he signed legislation restricting transgender athletes from participating in girls’ sports.

“There has been a huge amount of attention paid to DeSantis, whether it’s Covid response, comparing him to other governors or the legislation he has signed in Florida,” Fabrizio said. “It has just benefited him tremendously. At the same time, Pence has been lower profile. Politics abhors a vacuum, and DeSantis has filled that vacuum.”

“Voters crave authenticity, and he comes across as very authentic,” McLaughlin said. “While some candidates are busy trying to ‘create’ an image or persona that will resonate with GOP presidential primary voters, DeSantis is just doing his job and letting his actions do all the talking.”

Noem, who has resisted any Covid lockdowns or shelter-in-place orders, highlighted that point in a speech at the Conservative Political Action Conference last weekend that many saw as a passing shot at DeSantis, who briefly locked down Florida last year but essentially outlawed mask mandates.

In South Carolina, the first-in-the-South primary state, conservative activist Jeff Davis said the grassroots is abuzz about DeSantis, whom he predicted would beat Haley in her home state.