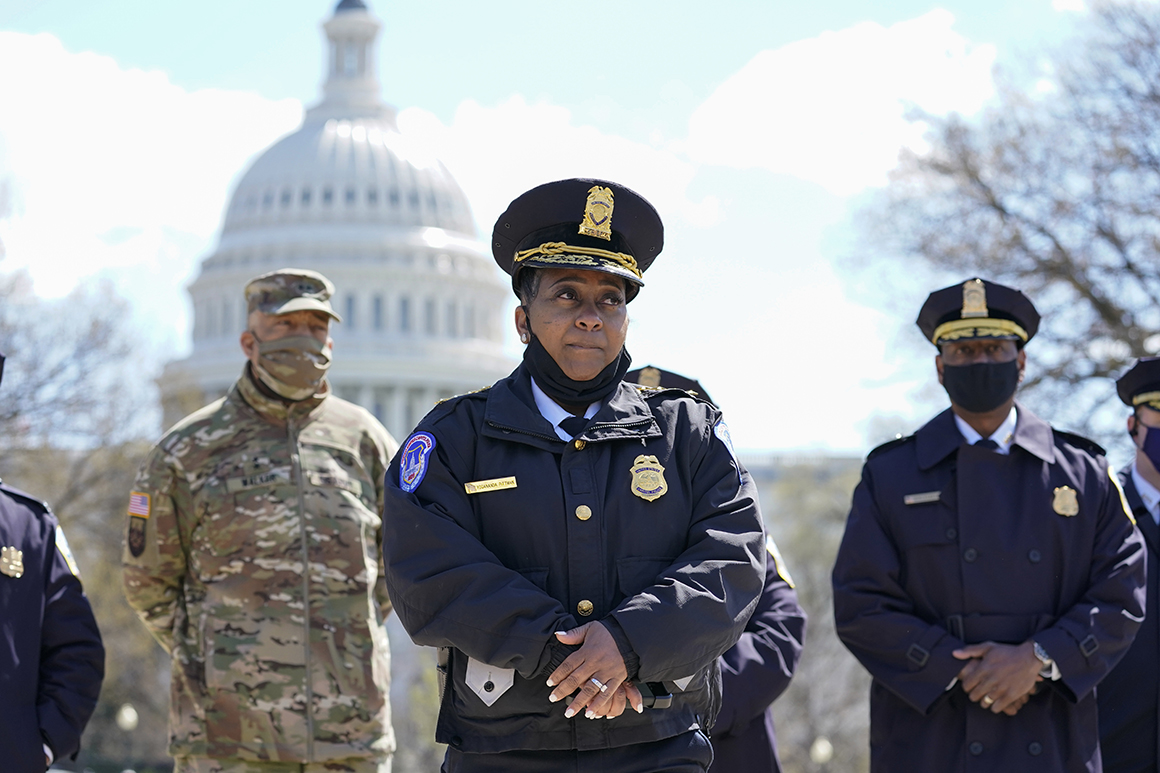 The Senate is adding another critical piece of business to its summer to-do list: funding the Capitol Police.

Top appropriators on Friday pushed for bipartisan legislation that would ease a funding crunch facing the Capitol Police and the National Guard while a broader emergency security spending package languishes in the Senate. Republicans have offered a plan to largely focus on just the beleaguered police unit and the National Guard, according to a draft of the bill obtained by POLITICO, though it’s unclear whether Senate Democratic leadership will accept it.

“We should pass now what we all agree on: the Capitol Police and National Guard are running out of money, the clock is ticking, and we need to take care of them,” said Alabama Sen. Richard Shelby (R-Ala.), the upper chamber’s ranking GOP appropriator.

Senate Appropriations Chair Patrick Leahy (D-Vt.) — who first identified the funding shortfall in June — issued another warning on Friday afternoon. The Vermont Democrat said Capitol Police salaries will be depleted next month and the National Guard will have to cut training absent congressional action.

The moment marks the latest bout of uncertainty for the Capitol Police, which has seen dozens of officers leave or retire after the Jan. 6 pro-Trump insurrection that wounded scores of responders and played a role in one’s death. A second officer was killed in an unrelated car attack in April. In a further complication, the Capitol is beginning to bring down its interior security fences, establishing a state of normalcy but also vulnerability to a building that prides itself on being open to the public.

Increasing bipartisan urgency in the Senate to cough up emergency cash to cover the financial needs of both forces comes after the House passed a $1.9 billion emergency spending bill in May. The measure, which stalled in the Senate amid GOP objections to certain provisions, would set aside $43.9 million for the Capitol Police, in addition to $520.9 million to cover unanticipated pay and operations costs for the National Guard.

“The House has taken action to avert this choice by passing the Emergency Security Supplemental to Respond to January 6th,” said House Appropriations Chair Rosa DeLauro (D-Conn.) and Rep. Tim Ryan (D-Ohio), who oversees spending on the Capitol. “The solution lies in the Senate. It is time for the Senate to come to the table, honor the sacrifice of the Capitol Police, and swiftly pass the emergency supplemental.”

Senate Republicans have proposed a smaller bill clocking in at around $632 million, though it may have an easier time attracting GOP support than the House bill. GOP lawmakers would provide about the same amount of money for the National Guard and Capitol Police salaries, while allocating far less funding to the Architect of the Capitol.

Unlike House Democrats, Senate Republicans’ bill wouldn’t provide any funds for the Library of Congress, the National Park Service or the U.S. Secret Service.

House appropriators have so far proposed $603.9 million for the Capitol Police, or a 17 percent budget boost over current levels, in their annual spending bills. But any money through a government funding deal will come far too late, with federal cash set to dry up at midnight on Sept. 30 and Congress unlikely to act in advance before the deadline.

The Capitol Police funding crunch will come in an exceedingly busy July and August, which includes Democrats’ plan to pass a budget resolution setting up trillions in new spending as well as possible consideration of a bipartisan infrastructure bill. Senate Majority Leader Chuck Schumer (D-N.Y.) warned on Friday of long nights, weekends and possible work into the scheduled August recess.

But it would be hard to imagine Congress falling short and leaving Capitol Police underfunded after such a brutal year. The unit has already “exceeded their projected overtime because of activities” related to the Jan. 6 insurrection, Leahy said on Friday.

“We did not budget for an insurrection, and without action the Capitol Police will go without payment for the hours of overtime they have incurred, without proper equipment, and without sufficient mental health services to deal with the continued trauma from that day,” he said. “The National Guard, who poured into the Capitol from every State, now may need to cut training that they need to prepare for overseas deployments or response at home.”

Shelby supports legislation to address the immediate needs of the police and the National Guard as lawmakers continue to assess cash for other security concerns, an aide said.

In a statement, the Capitol Police said it’s doing what it can to maintain operations and building security “within our funded levels. Supporting our workforce while carrying out our mission remains a high priority.”