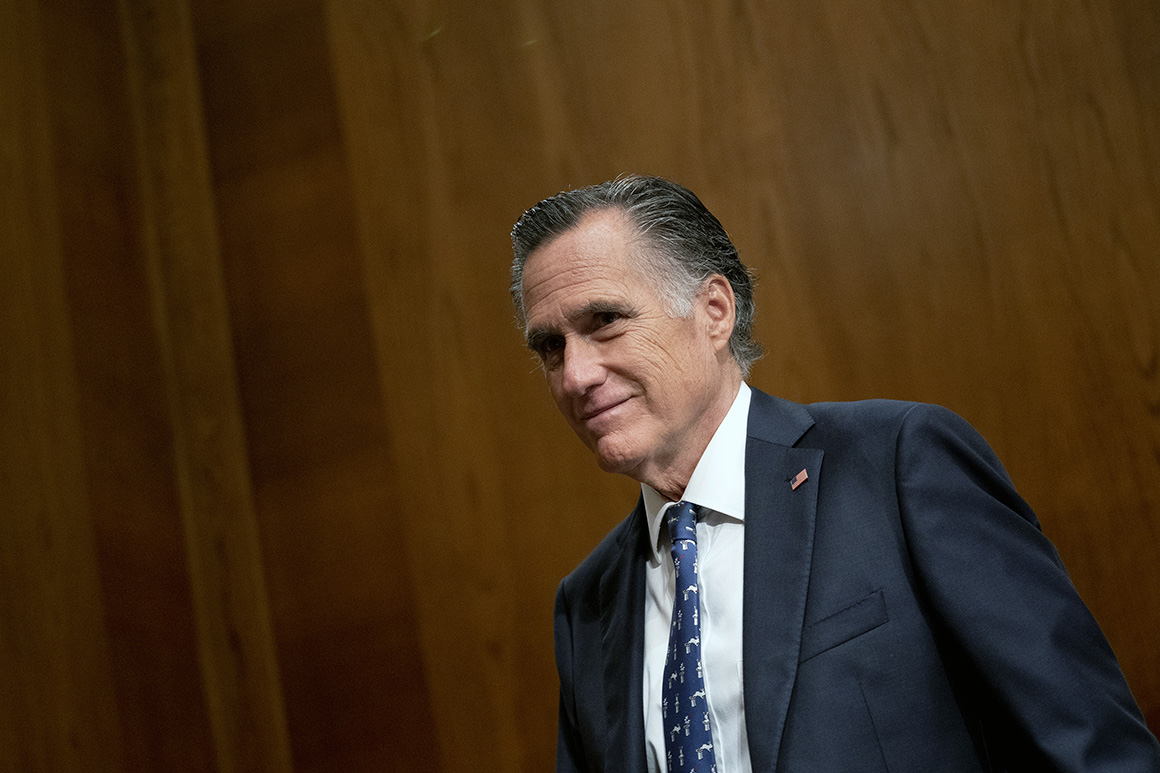 Top Senate Republicans are dramatically stepping up their pro-vaccine outreach as several of their home states lag behind national Covid inoculation rates and mask recommendations return in many areas.

Senate Minority Leader Mitch McConnell (R-Ky.) is running ads in his home state to combat disinformation, Sen. Roy Blunt is barnstorming Missouri and Sen. Tommy Tuberville of Alabama says “anytime we’re on a press conference, we say something about vaccinations.” Several GOP senators released new PSAs in the wake of guidance issued Tuesday by the Centers for Disease Control and Prevention to wear masks in areas of high transmission.

“It’s the way out of this,” Blunt said in an interview, shortly after he read aloud several vaccine testimonials at Republicans’ leadership press conference. “This is a virus where, if you get very smug about how you think you’ve handled it, you’re about to get run over by a train.”

With his state reeling from the surging Delta variant, Blunt praised President Joe Biden’s work on Covid with a caveat: “I actually think he’s generally doing a good job. I continue to think that we’d be better off if CDC was more transparent about all the numbers they have.”

Former President Donald Trump, still the party’s most important figure, is mostly concentrated on grievances unrelated to the pandemic. Across the Capitol, House Republicans have sent mixed messages and are far less likely to be vaccinated themselves. So the Senate GOP is diving into the difficult project of trying to convince its voters to get the jab, worried that spiraling infection rates in their home states will worsen, well, everything as the country tries to go back to normalcy.

For the most part, Republican-dominated states lag behind Democratic-leaning ones when it comes to vaccination rates, with states like Alabama and Missouri leading the way in hesitancy. So most Senate Republicans are trying to fill the void by using their national platforms, even as Democrats see their efforts as helpful but coming far too late.

Sen. Mitt Romney (R-Utah) said the Republican conference held no meeting about stepping up outreach on vaccinations, noting that he, Blunt, McConnell and others have been vocal for months. But Romney acknowledged there is an “organic” effort among his colleagues to promote vaccines because “the Delta variant is here, and if it causes another major spike in this country, it will have huge implications.”

“The idea that this is a political issue is beyond me. This is an issue that is keeping people alive,” Romney said. “I am pro-life, and that’s not just for the unborn. It’s for those that are living. And I don’t want people to die.”

The accelerating effort to combat their party’s conservative vaccine skeptics became increasingly obvious in the past 24 hours. Sen. Lisa Murkowski (R-Alaska) released a video arguing the only way to ditch masks is with the vaccine, and Sen. Richard Burr (R-N.C.) gave an urgent statement urging everyone to get their shots.

Not every Senate Republican is pushing harder to raise vaccination rates; Ron Johnson (R-Wis.) has publicly expressed doubts about them and released a statement questioning the proven effectiveness of masks in stopping Covid transmission. And the GOP senators starting to speak louder warn their constituents may be harder to sway if masks are required for the vaccinated.

Nonetheless, they aim to sell people back home to help put the pandemic behind them.

“We now have a body of clinical data on these vaccinations that far exceeds any medication that everybody takes every morning. So there should be nobody that says ‘this has been rushed, we don’t know what it does,’” Burr said. “We know a hell of a lot about the vaccine.”

In Kentucky, McConnell is launching a five-figure radio campaign across more than 100 stations in his state, according to a source familiar with the effort, who said it’s just a “first step” in what will become a larger effort to raise the Bluegrass State’s vaccination rates. A polio survivor, McConnell has been a leading advocate of vaccinations on the Republican side and references his childhood affliction in the new ads.

“Every American should take advantage of this miracle, and get vaccinated. It’s the only way we’re going to defeat Covid,” McConnell says in the ads, according to a script provided to POLITICO. Reuters first reported that McConnell would use campaign funds to run those ads.

Of course, the GOP approach is far different than Democrats’. In general, Republicans are more accepting that some percentage of people in their states simply won’t get vaccinated at the rates seen in places like New England and the West Coast. Vaccine and mask mandates, they say, will not work in the South and center of the country.

And count House Speaker Nancy Pelosi as not particularly impressed with the Senate GOP’s vaccination messaging or McConnell’s new ads.

“I’m glad that he’s doing those ads, long overdue. This was so self-evident and obvious. Maybe they were getting … political backlash,” Pelosi said on Wednesday. “Certainly the Republican Party has been delinquent in embracing the science.”

Several Senate Republicans have criticized the Biden administration’s new guidance for even the vaccinated to wear masks at certain times as counterproductive to convincing unvaccinated people in red states. Murkowski said it was not a hopeful sign in her state, which once was at the top of vaccination rates but has slipped as time went on.

“I don’t want news like this to actually discourage people from getting the vaccine. They may look at this and say: Well, there’s proof the vaccines don’t ‘work.’ That’s far from it,” Murkowski said. “We’re dealing with a population that is looking for those excuses not to get the vaccine.”

Even in the wake of new guidance on Capitol Hill recommending — but not requiring — masks in the Senate, Democrats were far more likely than Republicans to wear masks on Wednesday and less likely to criticize the Biden administration’s new guidance. Several Republican senators have declined to get vaccinated or say whether they have been vaccinated. Still, their inoculation rates are much higher than those of House Republicans.

While some Republican senators use their microphones every chance they get to mention vaccine safety, others take a different tack. Sen. Josh Hawley (R-Mo.) said that a heavy-handed approach won’t work in his state and tries to take a gentler touch in convincing his constituents.

“I say ‘I decided to get vaccinated because I thought the vaccines were very effective, we’ve got young children at home and a young baby.’ I try to personalize it,” Hawley said. The idea of going door to door, he added, makes “people think they’re going to get forced by the government to make a medical decision … that’s the end of the conversation.”

Others tie their attitudes to their conservative principles. Though he promoted his vaccination as soon as he got the jab in the winter, Sen. Marco Rubio (R-Fla.) said there are limits to what government officials can do. Though he said he touts the vaccines every chance he gets, he added that “in a free society” it’s ultimately up to individual people — not him.

“Our job in government is not to force people to do things they don’t want to do. Our job for the most part is to tell people: ‘here’s what the information says, here’s what I’ve done,’” Rubio said. “It’s up to them to decide whether they want to be vaccinated. And I just know people are not going to be vaccinated, no matter what.”