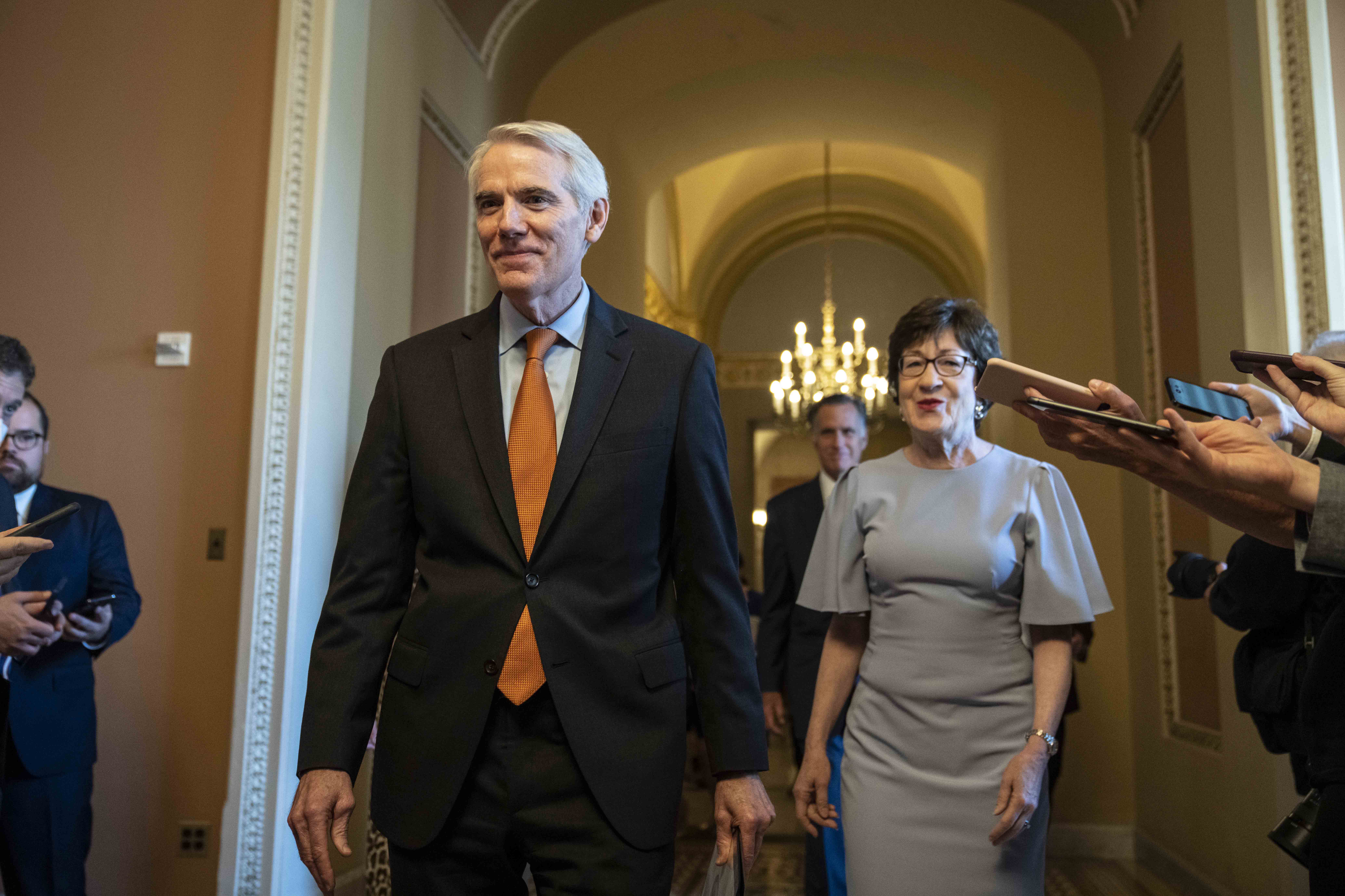 The Senate’s bipartisan infrastructure proposal is likely to move forward on Wednesday night, according to both Republican and Democratic leaders, though the vote could come down to the wire.

A slim number of Republicans are expected to vote to advance an unfinished bill after tanking the effort last week. And even if the Senate agrees to begin considering the bipartisan framework, final passage remains uncertain.

As of Wednesday afternoon, nine Senate Republicans involved in the talks said they would move forward and two, Sens. Todd Young (R-Ind.), and Jerry Moran (R-Kan.), said they had not decided. When asked if the bipartisan framework will get the necessary 10 Senate Republican votes, Senate Minority Whip John Thune replied: “I think so.”

Senate Majority Leader Chuck Schumer pleaded for full party support to advance the bill, which many progressives have reservations about, at a lunch for all 50 Democrats, according to Senate Majority Whip Dick Durbin. Afterward, Schumer professed confidence that the Senate was finally ready to move forward after a failed vote one week ago.

“Tonight, I’m intending to call a vote to move to proceed to the bipartisan infrastructure bill,” Schumer said. “I believe we have the votes for that and we will then proceed to amendments and go forward on that bill.”

Wednesday’s breakthrough comes a month after negotiators originally said they had a deal on infrastructure. In the end, it took weeks to finalize the details between a bipartisan group of 10 senators and the White House, and even on the day of the vote the bill is still being written.

But Sen. Rob Portman of Ohio, the GOP point man on the deal, said Wednesday that the group and the administration had resolved key issues and that he and other negotiators were ready for the Senate to consider the agreement.

According to a detailed summary of the bill obtained by POLITICO, the bill uses $205 billion in unused coronavirus aid money as its main financing mechanism. Other major revenue sources include $53 billion in unused unemployment benefits, $49 billion for delaying a drug rebate rule and even $56 billion in expected economic growth. A key question is whether Republicans will be able to swallow those as legitimate funding sources after demanding the bill be fully paid for.

“This deal signals to the world that our democracy can function, deliver, and do big things,” Biden said ahead of the vote. “As we did with the transcontinental railroad and the interstate highway, we will once again transform America and propel us into the future.”

In a positive sign for the vote, Sens. Thom Tillis (R-N.C.), Kevin Cramer (R-N.D.) and Lindsey Graham (R-S.C.) said that they support moving forward Wednesday, and Sen. Richard Burr (R-N.C.) said he was inclined to do the same. Some of the senators cautioned that Wednesday’s vote did not signal their final vote on the legislation.

As of Wednesday afternoon, Young or Moran could be the presumptive 10th Republican vote. Young said he was “busy studying the particulars right now, while Moran said: “I haven’t made up my mind yet, until I know the details.”

On the Democratic side, Sen. Bernie Sanders (I-Vt.) declined to say how he will vote. But Sen. Elizabeth Warren (D-Mass.), another leading progressive, said since the vote was simply to advance the bill, she would support it despite reservations about what’s in it.

Many Senate Republicans are skeptical of the bipartisan framework and want to see legislative text and details about whether the bill is fully financed before moving forward. Committee chairs and ranking members have also expressed frustration with the process.

And even once the effort advances, its supporters must fend off divisive amendments and navigate it to a place where at least 60 senators feel satisfied enough to cut off debate and send it to the House, where its fate is uncertain.

“This idea of getting on a bill that’s still being written is still a bad idea,” said Sen. John Cornyn of Texas, a close Sen. Mitch McConnell adviser. “We’re going to insist upon amendments because this bill’s been negotiated by 20 people but there are 80 other senators.”

Speaker Nancy Pelosi hasn’t been briefed on the bipartisan deal and wouldn’t rule out amending it if it came over to the House, she told reporters at lunchtime Wednesday. Pelosi and other top House Democrats are under significant pressure from some within their caucus — like Transportation Chair Peter DeFazio — to ensure the Senate deal isn’t completely void of House priorities.

Schumer has long insisted that the Senate will pass the bipartisan infrastructure package and the budget blueprint for the $3.5 trillion social spending before leaving for the August recess. Schumer reiterated Wednesday that “both tracks are moving forward.”