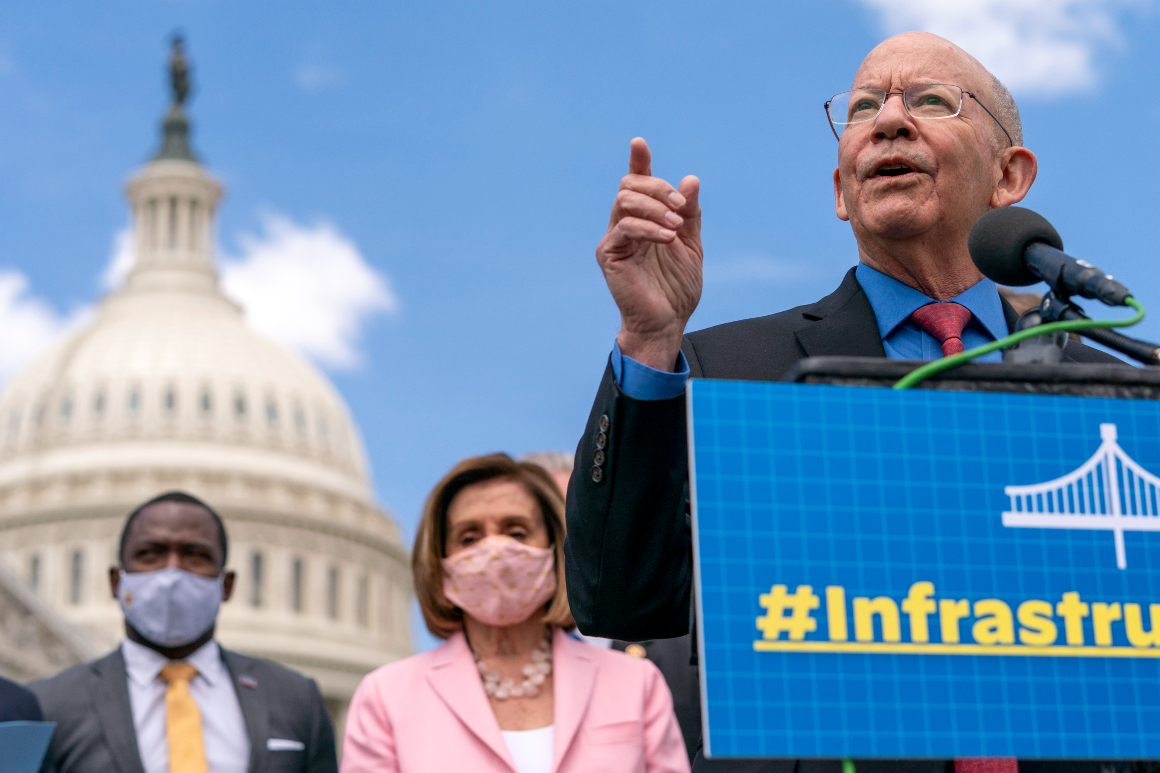 A top House Democrat scorched the Senate’s bipartisan infrastructure negotiations during a private call Monday, saying he hopes the talks fail 48 hours before a high-profile test vote in the upper chamber.

Rep. Peter DeFazio (D-Ore.), who leads the House transportation committee, trashed the bipartisan GOP-negotiated measure in a fiery call with other Democrats, according to three sources on the call.

The “whole thing falling apart is probably the best thing,” DeFazio said on the call of the Senate talks, which have President Joe Biden’s endorsement..

DeFazio’s frustrations were echoed by several other members on the call. One lawmaker, Rep. Salud Carbajal (D-Calif.) called the current process “bullshit,” and some vowed to work against the Senate’s bipartisan effort.

“I said the whole process seemed like [bullshit],” Carbajal told POLITICO in a brief interview afterward. “A lot of work has gone into this. There’s been a bipartisan effort to really align everything together, and you know it’s just very frustrating and disappointing when so much work goes into this … It is just annoying, to say the least.”

The comments reflect weeks of simmering tensions in the House, where some senior Democrats say they’ve largely been left out of Biden’s talks with the GOP. One of DeFazio’s chief complaints is that the Senate’s bipartisan framework measure included a paltry number of priorities from his own infrastructure package, which passed the House earlier this summer.

DeFazio also circulated a five-page memo Monday contrasting the House-passed package he spearheaded with the Senate’s version of the surface transportation bill, which is expected to make up a key part of any bipartisan bill that the Senate GOP and the GOP’s bipartisan bill with Biden can agree on.

The House transportation bill, for example, included $30 billion in climate measures, while its Senate counterpart included $18 billion, according to the panel’s memo from DeFazio’s committee.

“Republicans in the Senate are pushing to underfund transit,” the memo states, calling the Senate GOP’s position a “nonstarter.”

The dissatisfaction among members of the House’s infrastructure panel exposes some of the fault lines that Democratic leaders will need to address within their own ranks — if they manage to garner enough GOP support for Wednesday’s vote to advance those bipartisan talks.