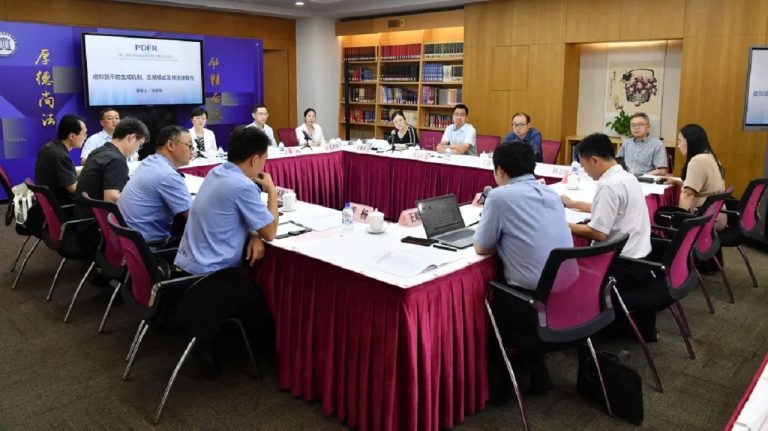 Representatives of law enforcement agencies and academia in Shanghai held a seminar devoted to cryptocurrencies, regulations, and the combating of crypto-related crime. Determining “the legal attributes of virtual currency” was among the main topics at the forum which also focused on matters of financial supervision.

Amid an ongoing crackdown on cryptocurrency mining, trading, and other related activities in China, officials from law enforcement bodies, the judiciary, and academic circles in Shanghai gathered recently to talk about “virtual currency.” The debate focused on issues pertaining to applicable legislation and oversight as well as the challenges of providing a legal definition for cryptocurrencies and the treatment of crimes involving digital assets.

The event was organized by various departments of the Shanghai Prosecutor’s Office, the People’s Court, the legal team of the Shanghai Public Security Bureau, and the Financial Supervision and Criminal Governance Research Center of East China University of Political Science and Law. The Banking and Insurance Financial Crime Research Center under Shanghai’s Prosecutor’s Office took part in the discussions as well that also addressed financial risks associated with decentralized money.

More than 50 experts and scholars from the city’s public security agencies, judicial authorities, and academia participated in the forum, the Shanghai Prosecutor’s Office announced Monday.

The seminar was hosted by Wang Jianping, department director at the Shanghai People’s Procuratorate. In opening remarks, Prosecutor General Chen Siqun noted that financial security is an important part of national security and preventing systemic financial risks is a priority for authorities in Shanghai, which is a global financial center. Chen Siqun also stated:

We have the responsibility and obligation to actively respond to the risks implied in various financial innovations, take the lead in studying the regulatory issues … unify standards for financial justice and provide suggestions for financial supervision.

The forum paid particular attention to two important topics – the legal attributes and supervision of cryptocurrency and regulations dealing with crimes involving digital assets. Participants noted the increasing activity in the field of blockchain-based virtual currencies in recent years. In China’s judicial practice, this has led to a number of cases of theft, robbery, and extortion of crypto as well as illegal fund-raising and money laundering offenses.

Cryptocurrency Deemed to Have Property Attributes in China

Yu Haisong, director of the Crime Division at the Research Office of the Supreme People’s Court, pointed out that virtual currency undoubtedly has property attributes, but whether it is property only is yet unclear. He quoted Article 127 of China’s Civil Code which stipulates: “Where the law has provisions on the protection of data and network virtual property, follow those provisions.” He admitted there seems to be no other applicable law at the moment but stressed that having property attributes does not necessarily mean cryptocurrency is property as far as the criminal law is concerned.

According to Mao Lingling, director of the Financial Regulation and Criminal Governance Research Center and professor at East China University of Political Science and Law, the legal status of cryptocurrency remains undefined and the treatment of crypto-related offenses as property crimes creates controversy.

Virtual currency is a new type of property, she elaborated, involving computer data and can be used in money laundering or illegal fundraising and issuance of securities. In her opinion, if a digital coin has economic attributes, a crime involving the crypto should be treated as a property crime, and if it doesn’t, then it should be dealt with as a computer crime.

What’s your opinion about the views regarding cryptocurrencies expressed during the seminar in Shanghai? Tell us in the comments section below.