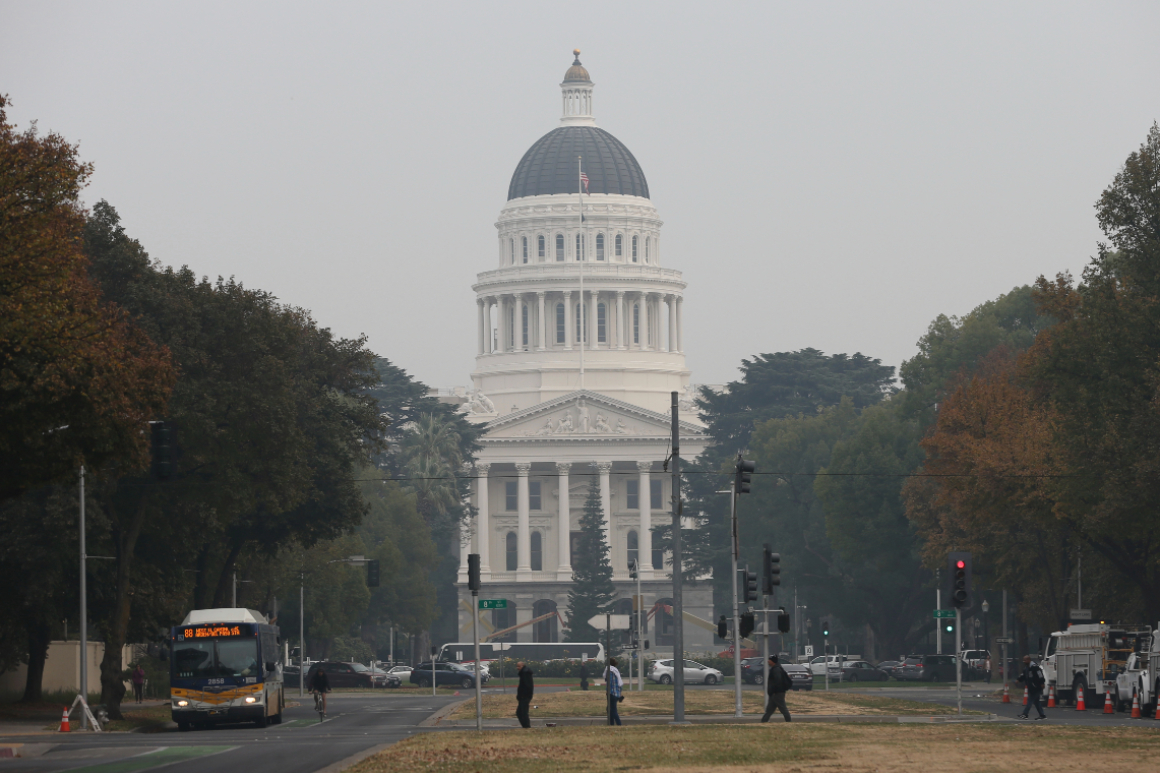 As the coronavirus tore across America last spring, elected leaders and economists feared the worst: the pandemic and resulting financial turmoil would devastate the budgets of states across the nation. Governors pleaded with Washington for a massive bailout. States borrowed billions to close the gap. And Mitch McConnell told them all to go bankrupt.

Now, cash is raining down on state capitals as the economy rebounds faster than virtually anyone expected.

The rich got richer as the stock market boomed. Businesses are begging workers to come back, juicing pay and raising prices to cover the costs. And Congress, in the end, did come through with a mountain of aid meant to plug deficits from Honolulu to Augusta.

Governors and lawmakers, who months ago thought they would be making deep cuts to their budgets, are instead facing the very unusual problem of how to spend bundles of money. These state leaders, emboldened by the brighter tax revenues and the hundreds of billions of dollars provided by the federal government, are launching transportation projects, cutting stimulus checks and even paying down debt.

“No one would have ever dreamed that we would have this kind of funding,” said New Jersey Senate President Steve Sweeney, a Democrat whose state just enacted a budget with a multibillion-dollar surplus.

That’s not to say the needs weren’t significant, or that every state has since seen the same surge in revenue. All incurred massive costs from the pandemic, and the need for social programs only increased as the poorest Americans were hit the hardest.

But from coast to coast, governors and lawmakers who were preparing to make difficult, politically-challenging moves are now faced with a surprise windfall. This is leading to partisan and intraparty feuds in statehouses over what to spend the cash on, and when, and setting up kitchen-table debates over what’s more important: Spending money now to boost the economy or saving for future problems.

New Jersey had so much extra money that it not only made its first full payment into the state’s pension system in 25 years, but exceeded it by $505 million. That’s on top of earmarking $3.7 billion for debt relief and funding half a billion dollars in one-off spending initiatives.

California Gov. Gavin Newsom, a Democrat facing a recall election in September, is using a surge of extra cash — more than $100 billion in surplus revenue and federal aid — to give stimulus checks to two-thirds of residents, build housing for people experiencing homelessness and provide Medicaid coverage for undocumented residents over age 50.

And in Florida, the additional funding helped pay for much of a $200 million program to deliver books to kids’ homes and likely provide $1,000 bonuses for teachers and principals, a priority for Republican Gov. Ron DeSantis.

There were good reasons for the sky-is-falling economic predictions of the past year: the shutdown of businesses led to staggering unemployment rates, and the fate of the economy was uncertain.

States sharply reduced their revenue forecasts when the pandemic hit, some by as much as 20 percent, according to Brian Sigritz, director of state fiscal studies at the National Association of State Budget Officers. Since that time, cash collections have come in above forecasts in nearly all instances, he said.

Then multiple rounds of federal stimulus funding were successful in lifting up the nation’s economy, and in turn, helping states stabilize and even increase tax collections. Direct and indirect aid to states came on top of that. In all, states and localities saw some $350 billion in direct aid from the American Rescue Plan that must be spent by the end of 2024, plus additional aid to support schools and vaccine distribution.

The pandemic also exposed some tough truths: the turmoil disproportionately hurt low-wage workers, who pay much less into the states’ tax coffers, while middle- and high-income earners fared much better, resulting in the better than anticipated tax receipts for 2020 and a strong rebound this year.

“What we’ve seen, by and large, is that this downturn has impacted low wage workers, and high wage earners haven’t been nearly as impacted,” said Sigritz, adding that most states depend on a “progressive structure which is more reliant on high income earners.”

Those same earners were spending on taxed goods while they were holed up for the better part of a year — just as many states had begun collecting sales tax for online purchases. That led to a spike in sales tax collections.

To be sure, not all states are in such a rosy position. Places that are highly reliant on tourism, like Nevada and Hawaii, were hit harder than most other states. According to the Urban Institute, from the time period of April 2020 through March 2021, actual revenue collections are still below what they were a year earlier in 17 states.

The unusual nature of this recession has created a headache for state treasurers.

New Jersey’s Gov. Phil Murphy, a Democrat, was among those who feared for the worst.

In April 2020, Murphy met with then-President Donald Trump at the White House saying he thought the state would need anywhere from $20 billion to $30 billion in assistance. Months later, Murphy then struck a deal with New Jersey lawmakers to borrow some $4 billion to offset anticipated revenue losses from the pandemic. 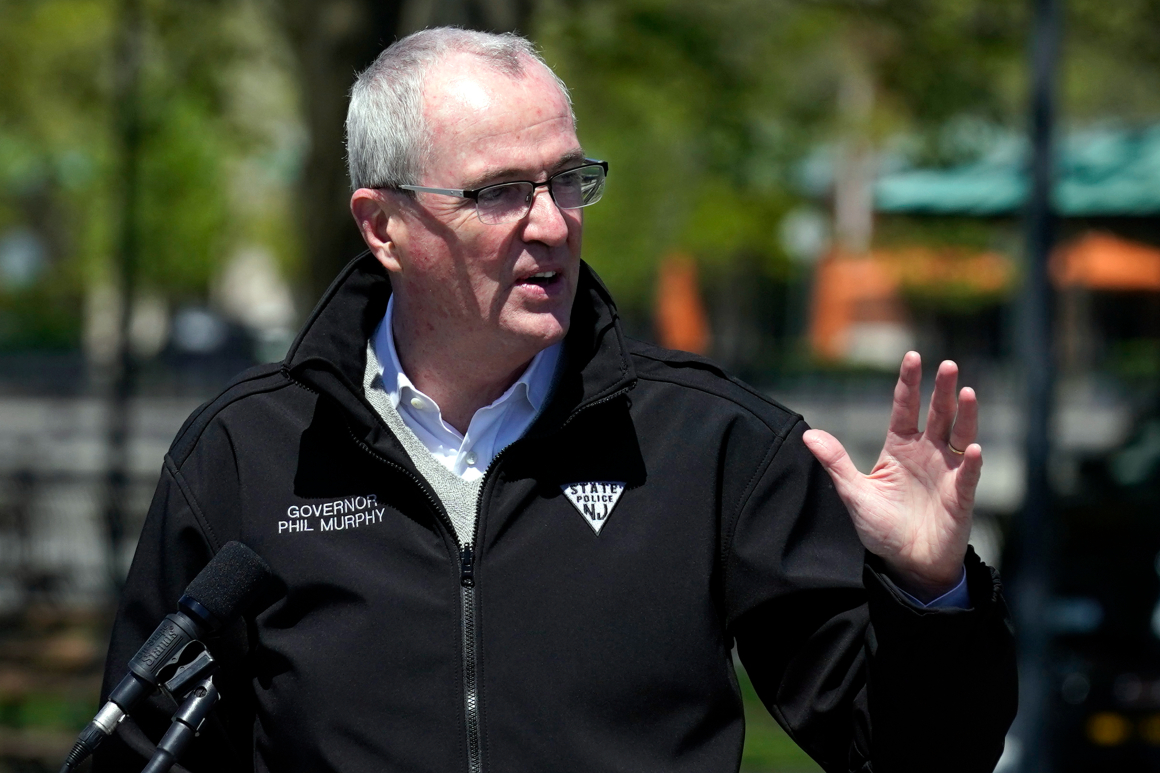 The state’s fiscal picture was steadily improving. Then in June, with weeks until the budget was due, state forecasters delivered an astounding report: New Jersey’s tax collection estimates had improved by about $5.2 billion, more than 10 percent of the final budget.

The result was a flurry of behind-the-scenes haggling over how to spend the money. Some Democrats, whose party controls both houses of the Legislature, wanted to pay down the state’s bloated debt load or pay more into the pension system.

In the end, they did both — delivering a $46.4 billion spending plan that earmarks $3.7 billion to pay down or avoid debt, a $6.9 billion pension payment and $500 million in “add-on” spending requested by individual lawmakers.

“This budget presented us with an extraordinary and somewhat unprecedented opportunity to reimagine what we’d like our economy, our schools, our workplaces, and our communities to look like thanks to the dramatic about-face our economy has taken in recent months,” state Treasurer Elizabeth Maher Muoio said before the governor signed the budget into law.

The fiscal turnaround story in Florida was also remarkably quick. In March, lawmakers were staring down a nearly $3 billion projected budget shortfall.

Then, in early April, state economists told lawmakers they would have $2 billion in unexpected revenue. That money, bundled with billions from the federal government, helped pay for things like $2 billion for state transportation projects and $500 million for a new program to combat sea level rise and flooding issues.

The record spending put Florida Republicans in the uncomfortable position of acknowledging that their state was helped by billions of dollars from a Democratic administration.

Democratic Rep. Charlie Crist, who is planning a 2022 challenge to DeSantis, lambasted the governor for touting the budget even after criticizing the stimulus package signed by President Joe Biden.

“While Governor DeSantis will try to claim credit today, the truth is that he opposed the American Rescue Plan,” Crist said in a statement. “He opposed the funding that is helping cities and schools recover from a challenging year.”

In California, state lawmakers were deluged with so much money that they were unable to figure out how to spend it all by the start of the fiscal year. The state’s fiscal analyst advised them to wait on many decisions because the bureaucracy isn’t equipped to launch so many new programs at once with the proper oversight in place.

They have moved closer to a deal with Newsom but still lack a full agreement nearly a week into the fiscal year.

Assemblymember Vince Fong, who serves as the Republican vice chair on the Assembly Budget Committee, said that the sheer amount of money that’s being considered in such a short amount of time is making the budget process even more opaque. Major issues like drought or wildfire prevention, education or broadband needs are not being considered carefully enough.

“Everything’s being rushed in my personal opinion, we’re not having a fully fleshed out discussion,” Fong said in an interview Tuesday. “I don’t think it’s productive, nor is it useful from the standpoint of actually solving problems.”

Even Rhode Island, a state that has a revenue forecasting system that is considered a gold standard by ratings agencies, saw income outpace expectations. Lawmakers there made a number of changes with the extra money, enacting a budget on Tuesday that exempts more businesses from state taxation on Paycheck Protection Program loans and socks away more money for affordable housing in the state.

General Treasurer Seth Magaziner said the more than $13 billion budget is much higher than prior years, but does not include the some $1.1 billion the state will be getting from the American Rescue Plan. Lawmakers are waiting until the fall to develop a proposal to spend that money, and Magaziner would like to see more done on priorities like education, workforce training and infrastructure.

“This is a real, once-in-a-generation opportunity, I think, for Rhode Island and different states across the country to use these resources to do forward looking transformational things,” he said. “I hope that Rhode Island is able to seize this opportunity, and I hope that states across the country are able to as well. This is a real chance for us to do better.”

Kevin Yamamura from California and Matt Dixon from Florida contributed to this report.