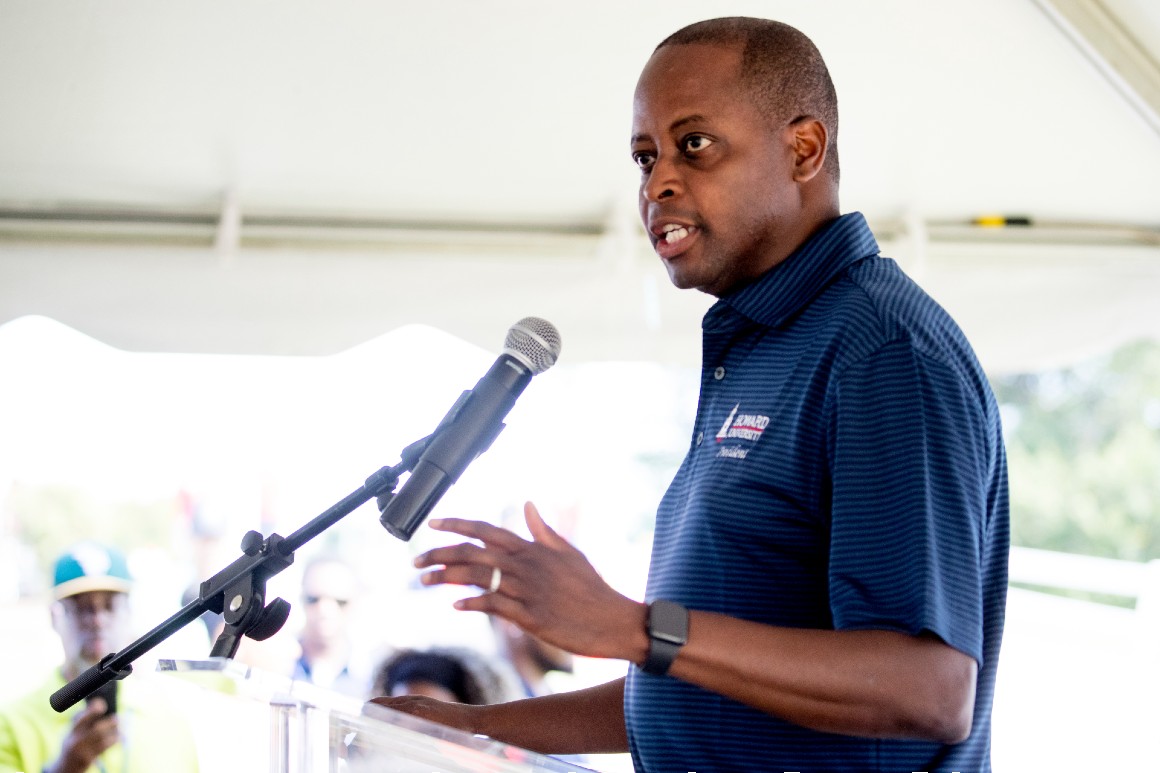 Republican-held statehouses are clamping down on classroom discussions of systemic racism. Former President Donald Trump is still pushing for “patriotic education.” And the GOP has twisted “critical race theory” into a campaign talking point.

Howard University made it clear this week it wants in.

The Washington, D.C., institution, is beefing up its faculty with two central figures regularly targeted by conservatives for their writings about slavery, discrimination and white privilege.

Nikole Hannah-Jones, creator of The New York Times Magazine’s 1619 Project, and reparations advocate and writer Ta-Nehisi Coates will join a university already sensitive to the political mood of the capital city. As the only federally chartered historically black college or university, Howard is poised to face more flack from a Republican Party increasingly animated by its opposition to teaching young people about the nation’s long history of discrimination.

But the school’s leader wants the institution to embrace the political tension of the moment.

“Howard has been on a caravan to social justice for 153-154 years,” Howard University President Wayne A.I. Frederick said in a phone interview Tuesday. “That caravan is in a pregnant moment right now where it’s swollen. Lots of people have joined that caravan.”

The appointments are supported by a $20 million donation from the MacArthur, Knight, and Ford foundations, as well as by an anonymous donor, aimed at supporting a focus on developing Black journalists.

“The mission is to make a better opportunity for other people every single day. It doesn’t matter what side of the political spectrum they come from,” Frederick said of Howard.

While other HBCUs have had their fair share of Washington power players (see: Morehouse College and Sen. Raphael Warnock; Spelman College and Stacey Abrams), Howard has carved its own lane in national politics. Its federal charter puts about a quarter of its funding at the whims of Congress, and Republicans and Democrats have used on-campus visits and speeches to swing the political pendulum.

Through its latest hires, Howard did its own swinging.

Hannah-Jones was recently granted tenure after an extended dispute with the University of North Carolina at Chapel Hill, reversing a decision the school made under pressure from the Board of Trustees. But she found allies among academics, students and celebrities who decried UNC’s initial decision and bucked the school again by departing for Howard after her victory.

“For too long, powerful people have expected the people they have mistreated and marginalized to sacrifice themselves to make things whole,” Hannah-Jones said in a statement. “The burden of working for racial justice is laid on the very people bearing the brunt of the injustice, and not the powerful people who maintain it. I say to you: I refuse.” 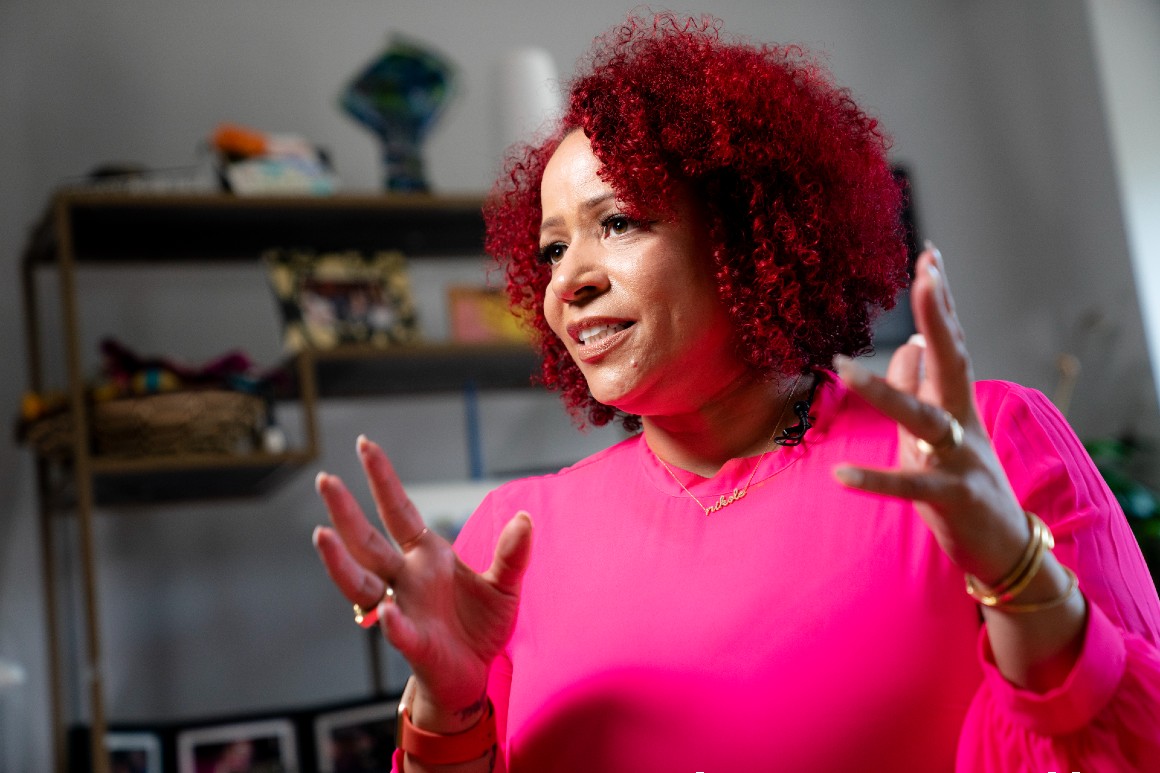 Since her 1619 Project published in 2019, several Republican lawmakers, including Senate Minority Leader Mitch McConnell, have denounced its accuracy and its premise: that the true origin story of America was establishing chattel slavery in North America, not the aspirational goals of the Declaration of Independence.

Coates, a Howard dropout who regularly advocates for the school, authored a widely read essay in 2014 arguing that Black Americans deserve reparations after centuries of systemic racism stymied their economic potential. He’s also testified in favor of reparations on Capitol Hill.

POLITICO spoke with Frederick about Howard’s history with national politics.

This conversation has been edited for length and clarity.

At a time when we’ve seen a backlash against teaching about critical race theory and systemic racism, what does it mean to have Hannah-Jones and Coates join Howard as faculty?

One of the most compelling things I’ve ever read is [Coates’] work on reparations. Very thoughtful. It does talk about systemic racism, but I think he has written about racism in a different way and in a very thoughtful manner.

And then you come all the way to Nikole Hannah-Jones’ work on the 1619 project, which I know that not everyone agrees with but again it brings a different lens, a different perspective.

So giving students that opportunity to see the full length of the possible and to keep an open mind, especially for critical thinking, I think is important.

How does Howard foster a diversity of political thought within Black youth?

One of their responsibilities is to go research things that are presented to them in a way that they can form their own opinion about those things.

That’s a fundamental aspect of what we do here. You can’t make decisions on information in 140 characters. There’s a lot to be read, a lot to be researched, and sometimes these types of projects, like the 1619, are simply an opportunity to start that conversation.

That’s certainly what we hope to continue to foster with works like Nikole Hannah-Jones’.

What we teach in the classroom is to stimulate discussion.

Some Howard alum who’ve joined national politics are more popular than others. Take Kamala Harris from the Biden administration and Omarosa Manigault Newman from the Trump administration. How does the institution balance having politically active alum who are sometimes loved, sometimes loathed, sometimes misunderstood? How do you handle that?

We should be providing a platform for anyone to fulfill their mission. So when I see students, I don’t ask them about their majors because I’m interested in their mission.

The mission is to make a better opportunity for other people every single day. It doesn’t matter what side of the political spectrum they come from.

How does Howard actively establish a relationship with each administration?

I’m not sure it happens by design. I think it happens because Howard University grads [elect] to be engaged in all aspects of society.

And so while there’s a lot of focus on, and appropriately so, on the VP — Harris — and so on, the reality is that there are about 80,000 Howard alum out in the world making a better life for people in their communities.

I don’t think it’s by a design. I think it’s as a result of what we encourage Howard students to do.

What role do historically black colleges and institutions play in shaping our democracy?

Howard has been on a caravan to social justice for 153-154 years. That caravan is in a pregnant moment right now where it’s swollen. Lots of people have joined that caravan.

Howard is the only federally chartered HBCU, signed into law by President [Andrew] Johnson, the 17th president of the U.S., who was an open misogynist and racist. He also vetoed the first Reconstruction Act.

The democracy is not perfect. It is messy. But I would argue that it works.