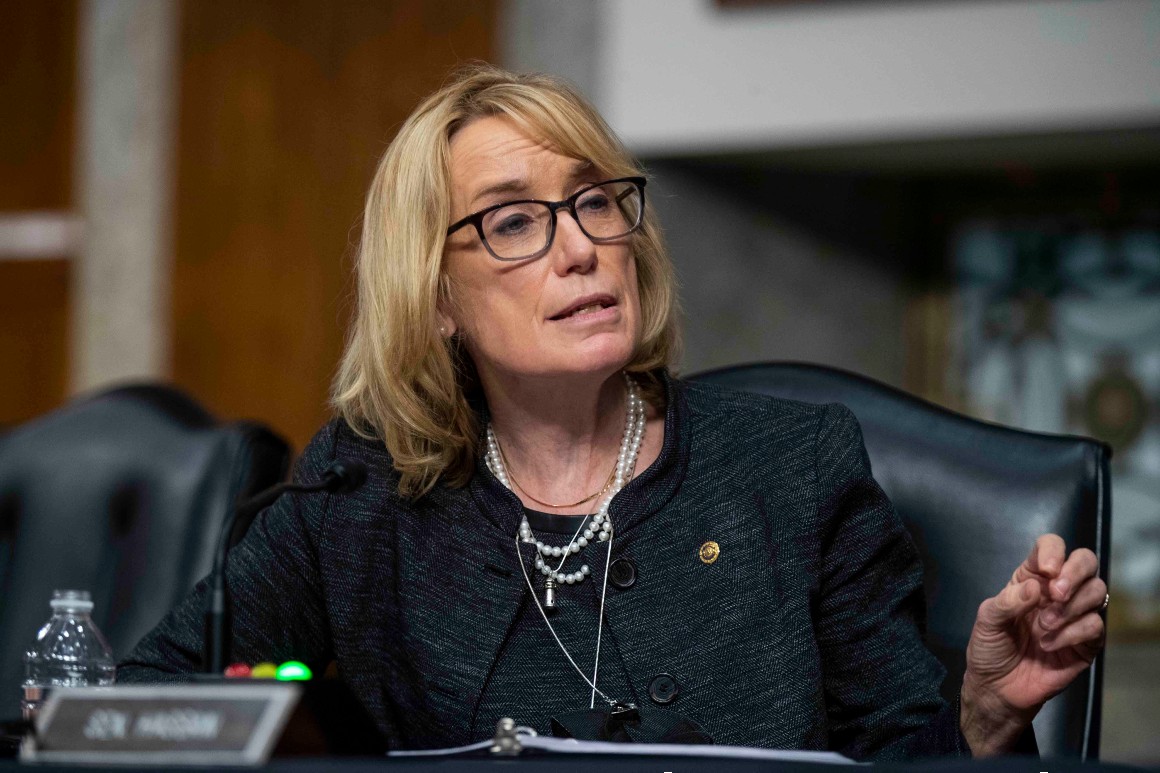 Maggie Hassan toiled during the Trump era as a quiet, minority-party senator. Now she’s close to a bipartisan infrastructure deal that seems scripted for her.

The reserved New Hampshire Democrat is preparing for a possible challenge from Chris Sununu, a popular GOP governor whom Washington Republicans are wooing both privately and publicly. And while she can’t control whether Sununu runs against her, she’s in prime position to define herself in the coming weeks with the exact sort of bipartisan breakthrough she’s been talking about for nearly six years.

“It is important to people that we work together. I also think it is important to get results. I do not think those two things are mutually exclusive,” Hassan said in an interview. “What I am hearing about from people is, ‘Get the infrastructure bill done.’”

Hassan is part of a 21-senator group laboring to finish the bipartisan bill behind the scenes after many of them, including her, played a similar role in last year’s bipartisan coronavirus aid bill. For Hassan and other Democrats up for reelection in swing states, the promise of nearly $600 billion in new spending for roads, bridges and broadband — even as their party’s progressive base rolls its eyes and casts them as Charlie Brown to the GOP’s Lucy — would offer a welcome rebuttal to their midterm opponents.

Republicans are painting Hassan, along with Sens. Mark Kelly (D-Ariz.), Raphael Warnock (D-Ga.) and Catherine Cortez Masto (D-Nev.), as uncritical supporters of liberals in Congress, but shaking off doubters to notch a bipartisan achievement could help the vulnerable Democrats’ cases for winning reelection and keeping control of the Senate. That group of red and purple-state senators would join President Joe Biden in showing they can work across the aisle on a subject that previous administrations talked about but could not deliver on.

However, Republicans counter that passage of the largest physical infrastructure bill in U.S. history won’t be enough to save Hassan from a potential challenge by the governor.

“If Sununu gets in, I don’t think she has a chance of winning. Sununu is popular. He’s well thought of. If you look at it, she hasn’t accomplished a lot,” said Sen. Rick Scott (R-Fla.), who chairs the chamber’s GOP campaign committee. “It’s not going to matter on the infrastructure” deal. 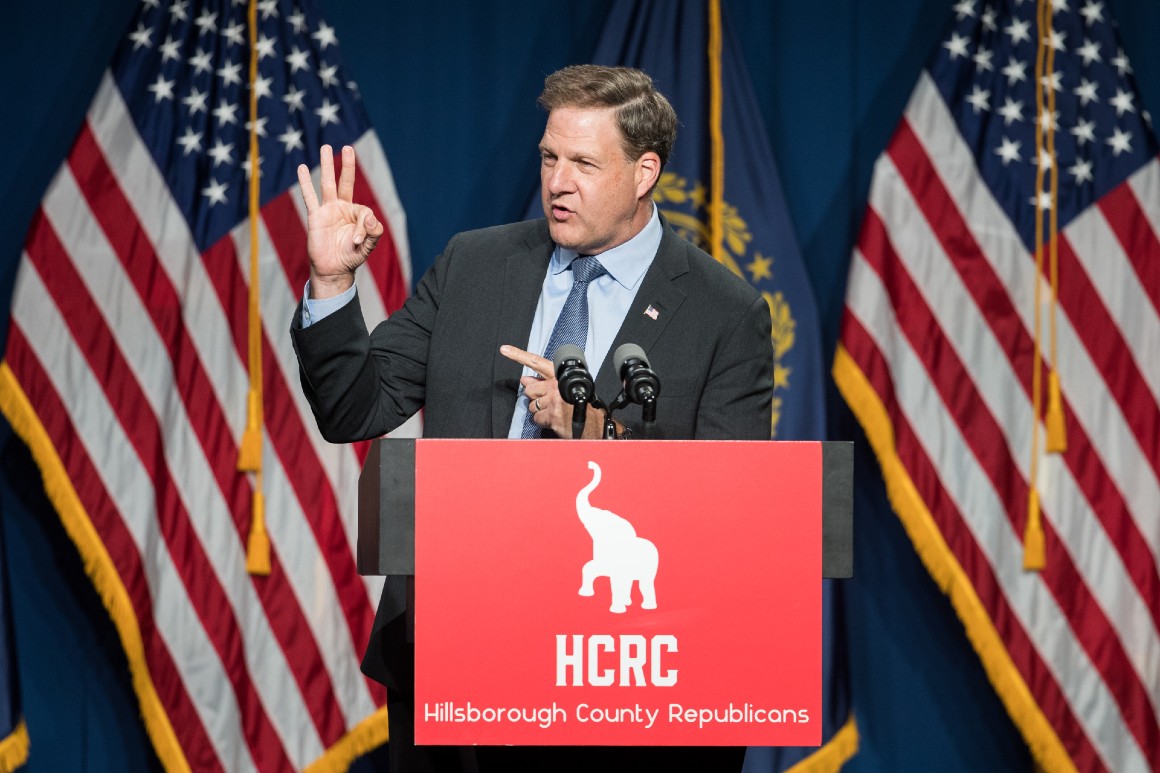 Hassan and other Democrats would wield any bipartisan agreement as a contrast with Sununu, who enjoys high approval ratings but has courted controversy by signing a budget that included an abortion ban after 24 weeks of pregnancy. The Senate GOP has been working overtime to recruit Sununu, who said on Tuesday he could wait until this winter to decide whether to run.

“Frankly, I can’t recall him doing anything that supports improving the infrastructure in the state of New Hampshire,” said Ray Buckley, the chair of the New Hampshire Democratic Party. “It really showcases the difference between the two.”

Ben Vihstadt, a spokesperson for Sununu, said that the governor has invested hundreds of millions in clean water, critical road and bridge repairs and safe schools: “While politicians in Washington squabble over how much to raise taxes, Chris Sununu cuts them — while still delivering financial surpluses that are reinvested into New Hampshire’s infrastructure.”

Hassan campaigned on delivering bipartisan results in 2016, only to find herself part of a left-tilting opposition party under former President Donald Trump rather than governing alongside Hillary Clinton. This time around, a rare alignment of Democratic control of Washington and Biden’s intense focus on trying to cut a deal with Republicans could give Hassan exactly what she needs heading into a potentially brutal reelection campaign.

The first-term incumbent raised $3.25 million over the last three months and has $6.5 million on hand, a formidable haul for a senator from a small state. Her campaign has 14 staffers already and is also working with the state party to bring on a coordinated campaign director as well as a voter protection director — evidence that Hassan is ready if Sununu comes for her.

“What I focus on right now is getting the infrastructure package done,” Hassan said. But when it comes to 2022, she added, “I am ready. I’ve been considered the underdog in the past when I ran for governor in 2012. And again, when I ran for Senate in 2016. And I won both races. And I’ve done it by staying focused on New Hampshire priorities and working across party lines.”

Republicans are mostly defending open battleground seats where their candidates will not be able to take credit for any achievements in Washington over the next year. Democrats, by contrast, have a number of incumbents who are up for reelection in tough states; a deal to finally fix American’s roads and bridges by working with the other party may be a boon for them in their bid to keep the majority.

Kelly, who is also in the 21-member infrastructure group with Hassan and also faces voters next fall, said a positive outcome is most important but that “in general people like it when we work on things together.”

“There’s no doubt that the American public and folks in Georgia appreciate it when the parties come together and cooperate,” added Sen. Jon Ossoff (D-Ga.), whose colleague Warnock is up for reelection next year. “Bipartisanship is good; it’s the results that matters most.”

There’s a real risk that the bipartisan deal falls apart and leaves Democrats holding the bag to pass the rest of Biden’s agenda on party lines. A collapse like that could blunt the party’s ability to campaign as bipartisan dealmakers.

Plus, Democrats are planning to raise taxes on corporations and the wealthy to fund more of Biden’s agenda, which Republicans will seek to turn into a political liability. New Hampshire Republican Party Chair Stephen Stepanek said Hassan “needs to clearly rebuke the Bernie Sanders Infrastructure plan or take ownership of the massive tax hikes and blossoming spending.”

A former two-term governor herself, Hassan won her seat in 2016 by 1,017 votes and has kept a low-profile during most of her five years in office so far. She’s no cable news fixture and rarely chats with reporters in the Capitol, keeping her head down. She’s tried consistently to make the Senate vote more quickly rather than drag out every roll call, to mixed results from her less efficient colleagues.

Sen. Bill Cassidy (R-La.) said he worked with Hassan for more than two years on their surprise medical billing law and that she’s “one of the core folks” involved in the bipartisan infrastructure talks. Even Republicans who predict she could lose in an anti-Democratic wave next fall say clinching a deal on roads and bridges could be politically useful for her. 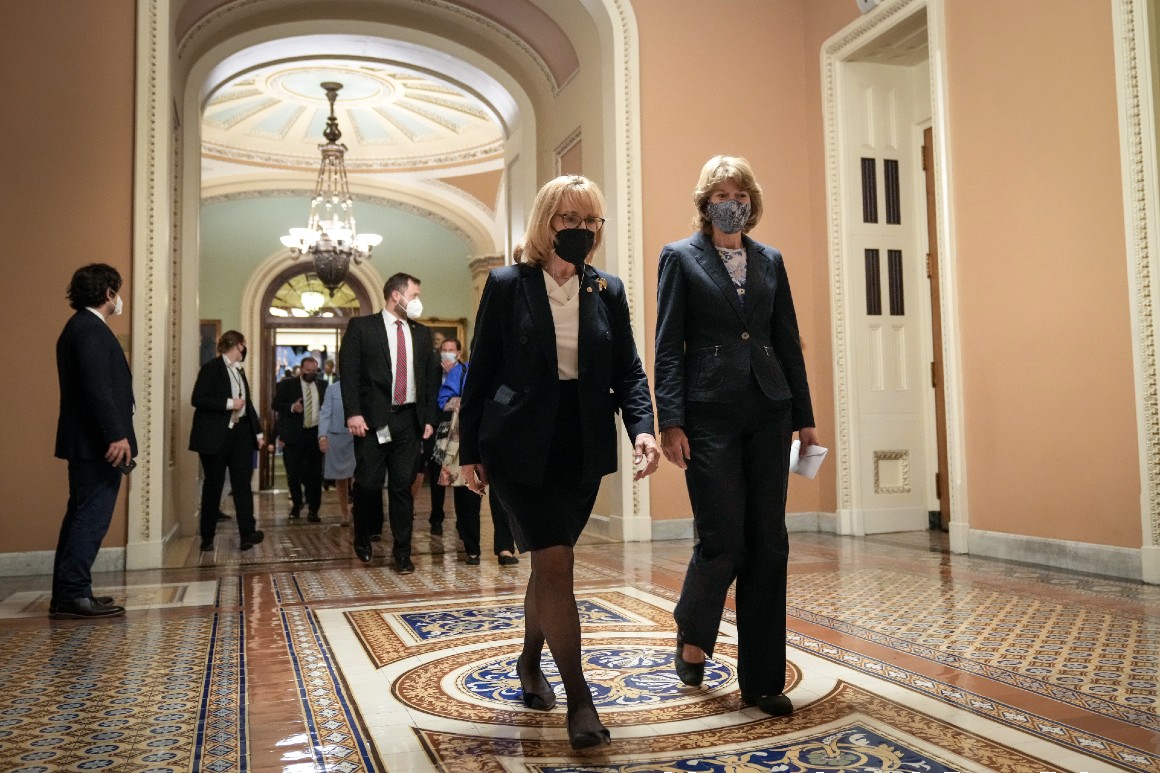 For Hassan to beat Sununu, she’ll need to emphasize her centrism and independence from liberals by talking up her efforts at moderation. And if Biden signs the infrastructure bill into law, she and Kelly will need to educate their voters on their integral roles in getting a result.

Supporters say part of their challenge for someone like Hassan is to make sure voters understand her work even when she’s not in the headlines every day.

“If there’s a lot of drama surrounding an issue, or a person, that seems to draw the attention,” said Andrew Hosmer, the Democratic mayor of Laconia, N.H. “The type of work that she does, I wish it was getting more attention … we need more people like Maggie.”