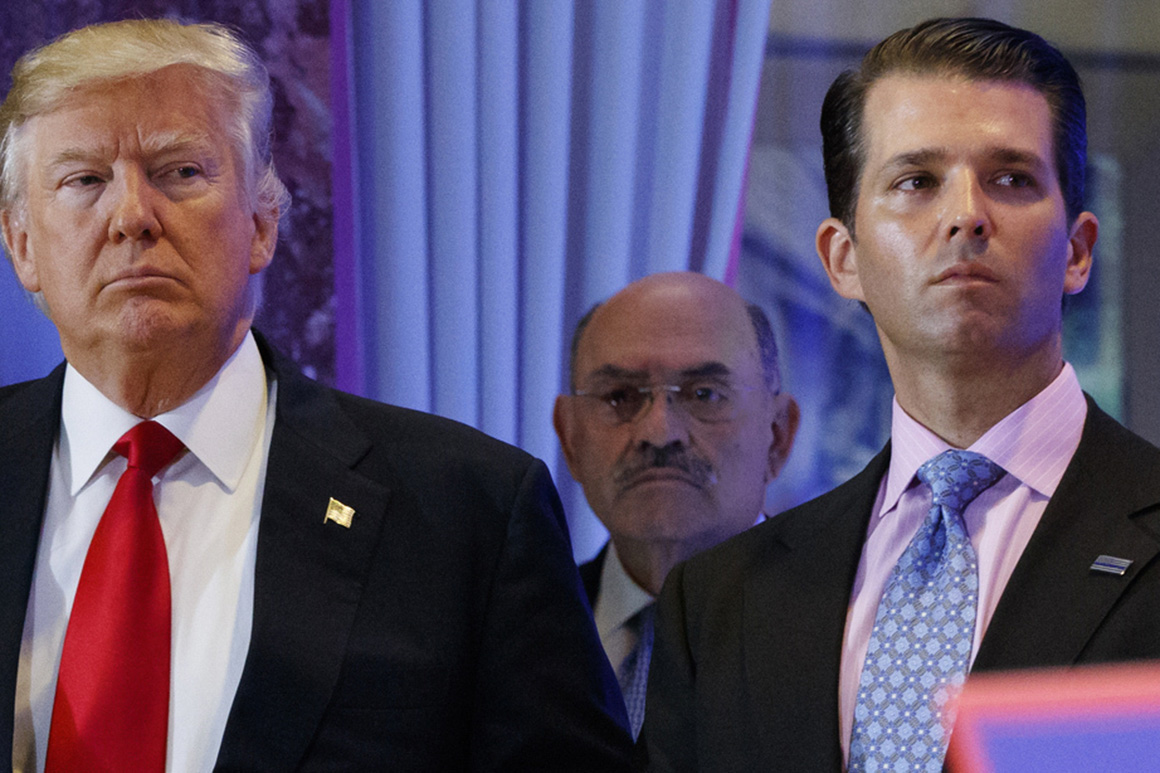 The Trump Organization on Thursday accused the Manhattan District Attorney’s Office of using the company’s chief financial officer Allen Weisselberg as a “pawn” in a political crusade against former President Donald Trump, while avoiding any specific denials of wrongdoing by the newly indicted top executive.

The statement from the Trump Organization came shortly after Weisselberg surrendered to authorities early Thursday morning ahead of expected charges against him and the former president’s family business, according to multiple news outlets.

The Trump Organization described Weisselberg as “a loving and devoted husband, father and grandfather,” who “is now being used” by Manhattan District Attorney Cyrus Vance Jr. “as a pawn in a scorched earth attempt to harm the former President.”

Vance “is bringing a criminal prosecution involving employee benefits that neither the IRS nor any other District Attorney would ever think of bringing,” the Trump Organization added. “This is not justice; this is politics.”

New York prosecutors are expected to announce the first criminal indictment Thursday in a two-year investigation into Trump’s business practices, accusing his namesake company and Weisselberg of tax crimes related to fringe benefits for employees.

Weisselberg was seen walking into the the courthouse in lower Manhattan around 6:20 a.m. with his lawyer.

The charges against the Trump Organization and Weisselberg remained sealed Wednesday night but were to be unveiled ahead of an afternoon arraignment at a state court in Manhattan, according to two people familiar with the matter.

The people were not authorized to speak about an ongoing investigation and did so on condition of anonymity.

There was no indication Trump himself would be charged at this stage of the investigation, jointly pursued by Vance and New York Attorney General Letitia James, both Democrats.

Trump did not respond to reporters’ shouted questions about the New York case as he visited Texas on Wednesday, but earlier in the week, the Republican had blasted the New York prosecutors as “rude, nasty, and totally biased” and said his company’s actions were “standard practice throughout the U.S. business community, and in no way a crime.”

The planned charges were said to be linked to benefits the company gave to top executives, like the use of apartments, cars and school tuition, the people familiar with the matter told the AP.

Vance, who leaves office at the end of the year, has been conducting a wide-ranging investigation into a variety of matters involving Trump and the Trump Organization.

His office has looked into hush-money payments paid to women on Trump’s behalf and truthfulness in the company’s property valuations and tax assessments, among other matters.

Vance fought a long battle to get Trump’s tax records and has been subpoenaing documents and interviewing company executives and other Trump insiders.

James assigned two lawyers from her office to work with Vance’s team after her office found evidence of possible criminal wrongdoing while conducting a separate civil investigation of Trump.

Weisselberg, 73, had come under scrutiny, in part, because of questions about his son’s use of a Trump apartment at little or no cost.

Barry Weisselberg, who managed a Trump-operated ice rink in Central Park, testified in a 2018 divorce deposition that Trump Parc East apartment was a “corporate apartment, so we didn’t have rent.”

Barry’s ex-wife, Jen Weisselberg, has been cooperating with both inquiries and given investigators reams of tax records and other documents.

The case against Allen Weisselberg — a loyal lieutenant to Trump and his real estate-developer father, Fred — could give prosecutors the means to pressure the executive into cooperating and telling them what he knows about Trump’s business dealings.

The Trump Organization is the business entity through which the former president manages his many entrepreneurial affairs, including his investments in office towers, hotels and golf courses, his many marketing deals and his television pursuits. Trump sons, Donald Jr. and Eric, have been in charge of the company’s day-to-day operations since he became president.

Although Trump isn’t expected to be charged Thursday, allegations against the company bearing his name raise questions about his knowledge of — or involvement in — business that practices prosecutors suspect were illegal.

James Repetti, a tax lawyer and professor at Boston College Law School, said a company like the Trump Organization would generally have a responsibility to withhold taxes not just on salary, but other forms of compensation — like the use of an apartment or automobile.

Such perks wouldn’t be considered taxable income if they were required as a condition of employment, Repetti said, such as providing an apartment for the convenience of an employee who is required to be at the office or worksite at odd or frequent hours, or allowing the use of a car for business purposes.

Another prominent New York City real estate figure, the late Leona Helmsley, was convicted of tax fraud in a federal case that arose from her company paying to remodel her home without her reporting that as income.

“The IRS routinely looks for abuse of fringe benefits when auditing closely held businesses,” Repetti said. “The temptation for the business is that it claims a tax deduction for the expense, while the recipient does not report it in income.”