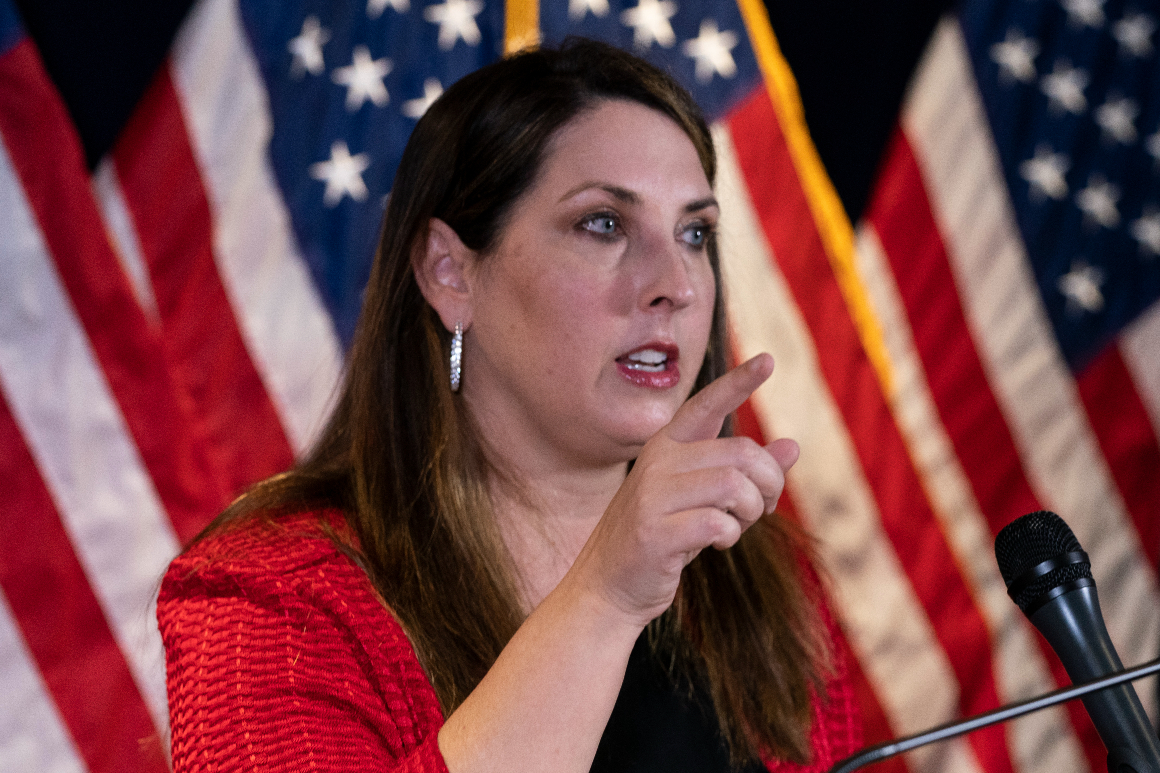 Trump and the Michigan Republican Party still aren’t over it.

The outcome — and the former president’s obsessive efforts to dispute it — has left the state party in disarray, raising questions about the GOP’s focus as it looks to unseat Democratic Gov. Gretchen Whitmer in a top battleground state next year.

“From a staff and leadership perspective, I don’t know that top-notch professionals would want to go into this quagmire,” said Jeff Timmer, a former Michigan GOP executive director who opposed Trump. “Unless you’re going to talk crazy talk, they don’t want you there.”

Much of the trouble can be traced to the 2020 presidential election results, which Trump and his allies have alleged were marked by fraud without providing evidence.

An April report from the state Bureau of Elections on 250 post-election audits conducted across the state found “no examples of fraud or intentional misconduct by election officials and no evidence that equipment used to tabulate or report election results did not function properly when properly programmed and tested.” Likewise, a GOP-led state Senate Oversight Committee report released in June found “no evidence of widespread or systemic fraud.”

But some party officials and conservative activists continue to press for a “forensic audit” of the election results, encouraged by Trump, who has called on “American Republican Patriots” to run primary challenges against “RINO State Senators in Michigan who refuse to properly look into the election irregularities and fraud.”

One of the casualties of Trump’s efforts to spread the lie that Biden stole the election was Jason Roe, the party’s executive director, who resigned this month. Roe — whose father also served as executive director of the state GOP — first raised the ire of activists for telling POLITICO Magazine last year: “The election wasn’t stolen. [Trump] blew it.” Then, in May, Roe told the Michigan Information & Research Services podcast that Trump “was seemingly doing everything he could to lose a winnable race” and urged the party to move on from 2020. 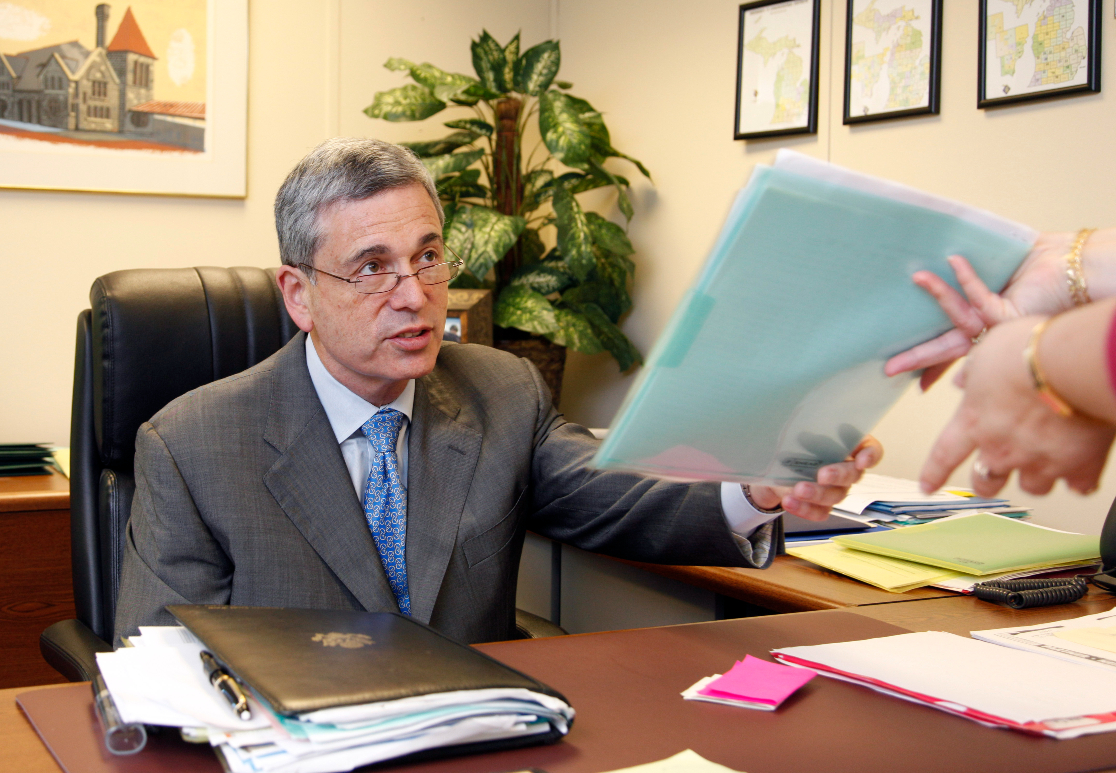 At the top of the party, Ron Weiser, chair of the Michigan GOP, has faced his own distractions. A Trump loyalist and prolific party donor, Weiser agreed this month to pay $200,000 out of his own pocket to settle a complaint filed by his predecessor, former Chair Laura Cox, over an alleged “payoff” to pressure a candidate into dropping out of the 2018 secretary of state’s race.

In April, Weiser, an elected University of Michigan regent, was censured by the Board of Regents for calling the state’s top three elected female Democrats “witches” and joking about the assassination of the two Michigan congressional Republicans who supported Trump’s second impeachment.

Weiser’s co-chair, Meshawn Maddock, has been a leading voice in spreading Trump’s baseless election fraud claims. She organized buses of Trump supporters to Washington, D.C., on the day of the Capitol riot, though Maddock has said she wasn’t involved in the rally and has condemned the breaching of the Capitol.

In a statement to POLITICO, Weiser dismissed the string of negative headlines, arguing that what really matters is “standing up for the great people of Michigan and the scoreboard next November.”

“The Michigan Republican Party is on track for victories in 2022. Period,” he said. “We are raising millions of dollars, we have a strong team in place, and our candidates are already out-polling Democrat incumbents without having spent a penny.”

“As a lifelong Michigander, I’m proud of the great work the MI GOP continues to accomplish on behalf of the Republican Party,” she said in a statement. “The phenomenal partnership between the MI GOP and the RNC will be instrumental in our efforts to hold Biden, Whitmer, and congressional Democrats accountable for their failures and ultimately take back the House and Governor’s mansion in 2022.” 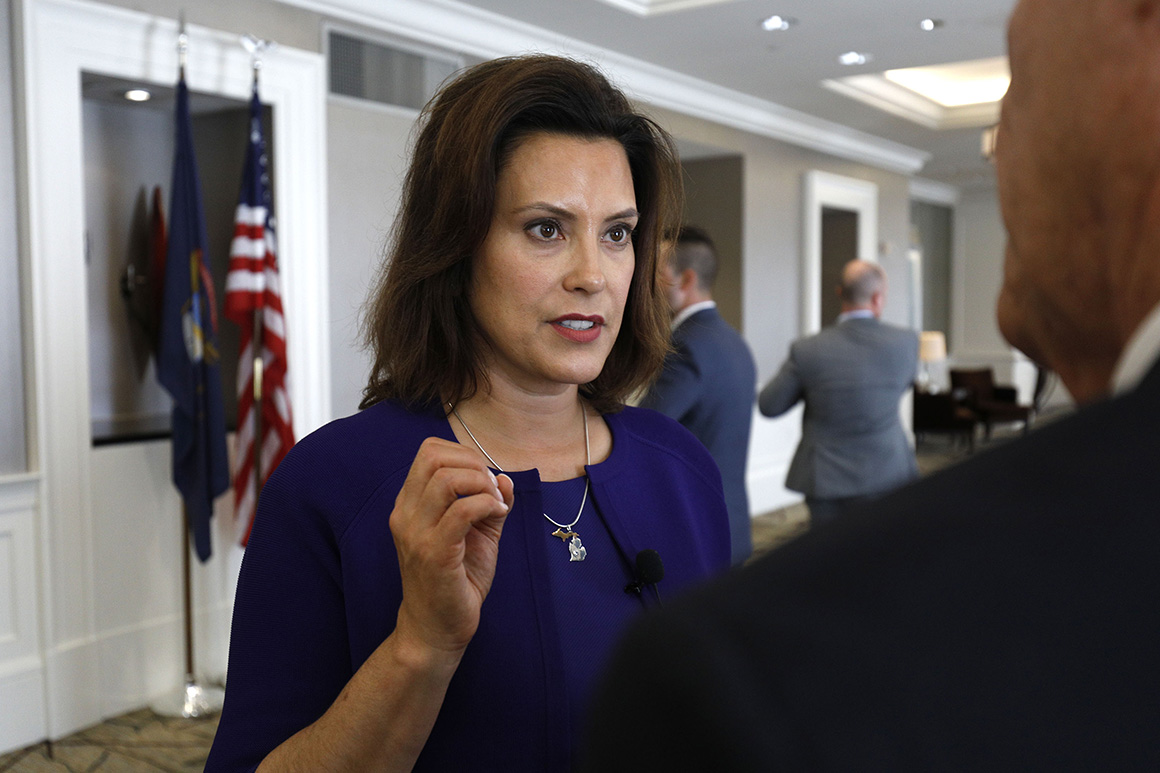 Bill Ballenger, a political pundit and former GOP state legislator, suggested the big issue for the party isn’t how to stem the tide of negative stories but how it will ease the tension between the Trump wing and the more traditional establishment Republicans. Even more consequential, he argued, are the new political maps after an upcoming round of redistricting that will determine congressional and state legislative districts.

“A lot of this other stuff is unseemly and ugly appearing and embarrassing, obviously, to people involved, but when it gets right down to it, if they come up with a relatively strong gubernatorial nominee, I think they certainly are gonna be in a better position next year against Gretchen Whitmer,” Ballenger said. “That’s what you need to concentrate on when you’re trying to get a grip on the reality here in Michigan, not these ankle-biting, nitpicking stories on personal foibles and problems of obscure party officials that are not gonna be on the ballot.”

Still, some Republicans argue that their party is too focused on the last election to be competitive in the next one.

“They’ve gotta offer something other than their wish that we could somehow redo the 2020 elections,” said Bob LaBrant, a GOP strategist and former general counsel at the Michigan Chamber of Commerce. “I think there’s a strong segment of the party that are convinced that the only thing we need to do is do a forensic audit and somehow that will uncover all sorts of fraud.”

Establishment veterans like LaBrant, however, no longer dominate in a state party where loyalty to Trump is expected.

“As much as these washed up, has-beens want to create a story, there is no there, there,” said Dennis Lennox, a Republican consultant in Michigan. “Jeff Timmer’s only paycheck is from Democrats and the pedophile-enabling Lincoln Project to actively work against the Republican Party, while Bob LaBrant is merely trying to appease the Democrat governor to keep his sinecure on a gubernatorial appointed commission. They are effectively buying indulgences from ruling-class Democrats.”

Jason Watts, a former Allegan County GOP official who was ousted from his post as Sixth District treasurer this year after telling The New York Times that he didn’t vote for Trump in 2020, said the party is dwelling on the 2020 election when it should be prioritizing winning back the once-reliable suburban voters it has lost in recent years.

“We’re not focused on 2022, and I don’t see that changing,” Watts said. “Until we get beyond that, we’re going to suffer the consequences and lose in the next couple of cycles because we just can’t get off this circular firing squad of remorse, and somehow feeling that the other side cheated, when the evidence doesn’t show that at all.”

“It’s a near-toxic environment,” Watts said, “and I don’t think you see any signs of that dissipating.”