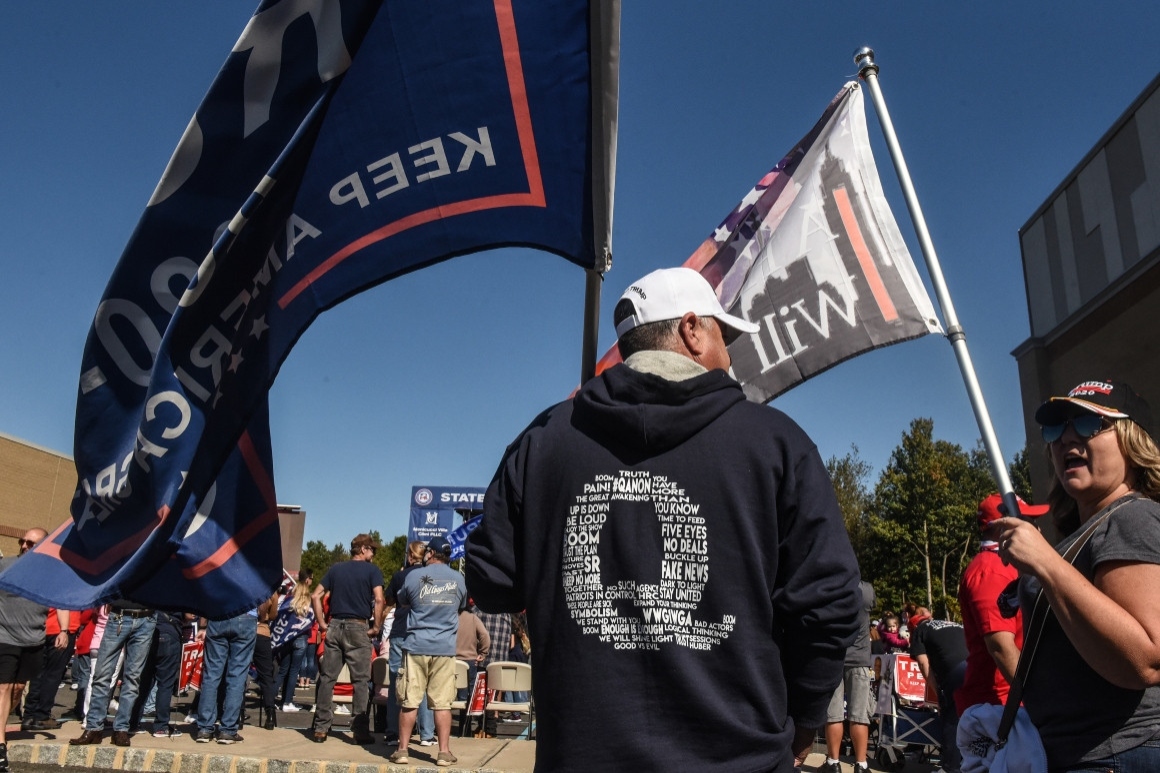 This past weekend, two promoters of QAnon conspiracy theories were given press credentials to Donald Trump’s MAGA rally in Sarasota, Fla.

The men took selfies with their badges, taunted journalists covering the event as “fake news,” showed off their wristbands printed with the movement’s slogan — “#WWG1WGA” — and generally reveled in the access they’d scored.

Not everyone was happy to see them there.

Trump’s press team said the two men, Jeffrey Pedersen and his podcast co-host Shannon Shadygroove:, were not welcome, and had registered for the rally with “Red State Talk Radio,” a network that has sent people who, a Trump aide said, “appear to be legitimate” to events before.

Pederson and Grooove were later identified as QAnon followers by Alex Kaplan of progressive watchdog group Media Matters, after which Trump’s team said they are considering a new policy to verify reporters ahead of events to prevent people like the two men from gaining access. On top of that, they said they will continue efforts to tamp down on the proliferation of swag that promotes the conspiracy at Trump events and rallies.

“Rally organizers make a valiant effort to dispel Q merchandise such as t-shirts, flags, and signs at the rallies,” said a Trump spokesperson.

Scott Adams from Red State Talk Radio said their network allows “show hosts to use our name, image, and likeness to acquire press credentials upon request.”

“Content of our individual shows and hosts is not necessarily an endorsement of our station. We support and endorse content in line with America First policies,” said Adams.

Trump and his aides have made efforts to keep QAnon from becoming a prominent feature of Trump events for years. There had been a longstanding (though not always successfully executed) policy at Trump rallies to remove any signs or slogans relating to non-Trump causes, and QAnon merchandising fell into that blanket policy. But as the web of QAnon falsehoods and supporters continues to grow, Trump allies have increasingly viewed the movement, which holds that a satanic sect of pedophiles is secretly controlling the government, as toxic.

“If we let in one Q shirt out of hundreds of shirts,” the negative press would be astounding, said one person close to Trump.“A picture that’s on the cover of New York Times, with a hundred [QAnon] t-shirts behind him, would be worse” than him talking about QAnon.

Trump associates also told POLITICO that they had attempted to weed out any QAnon influences — both adherents and postings — getting close to him. As a larger matter, they have downplayed the impact that QAnon has on the MAGA movement overall.

“Look, there have always been crazy people in politics, there always has been, there’s always going to be, and who gives a s—?” said one Trump adviser.

The attempts at creating distance from QAnon have been complicated, however, by the former president, who has refused to disavow the movement even when described to him as a conspiracy. During the campaign, Trump told NBC’s Savannah Guthrie that he knew “very little” of the group except for their dislike of pedophiles. His non-answer was seen by QAnon adherents as a confirmation of his support. In recent months, he has met with QAnon-supporting figures. 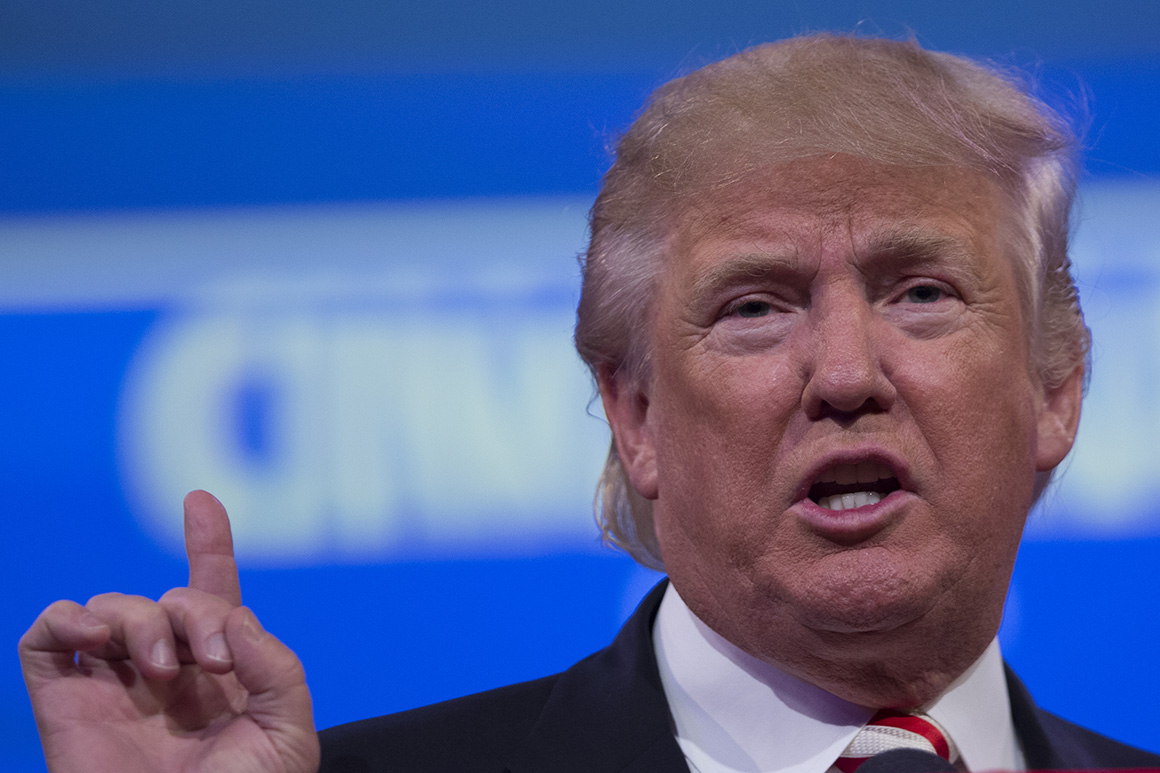 Over the weekend, Trump expressed his support for the January 6 Capitol rioters, calling them “great people.” That followed several supportive statements for Ashli Babbitt, the Air Force veteran and Trump supporter who was killed during riots inside the Capitol when she tried to storm the Speaker’s lobby, where lawmakers were running for protection from the mob. Babbitt promoted QAnon conspiracy theories on her social media pages, and has emerged as a Q martyr. Her profile has only risen as Trump has raised questions about why she was killed by a Capitol police officer, who was acting in self defense, and why the officer’s identity has not been revealed.

“The person that shot Ashli Babbitt … there was no reason for that. And why isn’t that person being opened up, and why isn’t that being studied? They’ve already written it off. They said that case is closed. If that were the opposite, that case would be going on for years and years, and it would not be pretty,” Trump said during a press conference in Bedminster, N.J. on Wednesday.

What has fed Trump’s interest in the Babbitt story is unclear. But she isn’t the only area of overlapping interest between QAnon and Trump. Instead, a community that once revolved around Satanic ritual-based conspiracies now seems driven by the belief that the 2020 election was stolen from Trump by a vast conspiracy of shadowy elites, assisted by voting machine companies, a slavish mainstream media, secretive government agencies, and, perhaps, the Chinese government.

“They are still 100 percent dedicated to believing Donald Trump is the rightful president, so the prophecy of what they’re waiting for has changed,” said Mike Rothschild, the author of the recently published book “The Storm is Upon Us: How QAnon Became a Movement, Cult, and Conspiracy Theory of Everything.”

Unlike other QAnon obsessions, their view that the 2020 election was stolen — while not supported by any evidence — can not be described as fringe. A June poll from Monmouth University found that one third of Americans believe Joe Biden won the election due to voter fraud, and over one in ten Americans will never accept Biden as president. More strident adherents have gone further, attempting to audit state elections and filing lawsuits against Secretaries of State nationwide.

Even further afield, Trumpism adherents like MyPillow CEO Mike Lindell have conjured up theories about how the former president will be reinstalled in the West Wing within months. 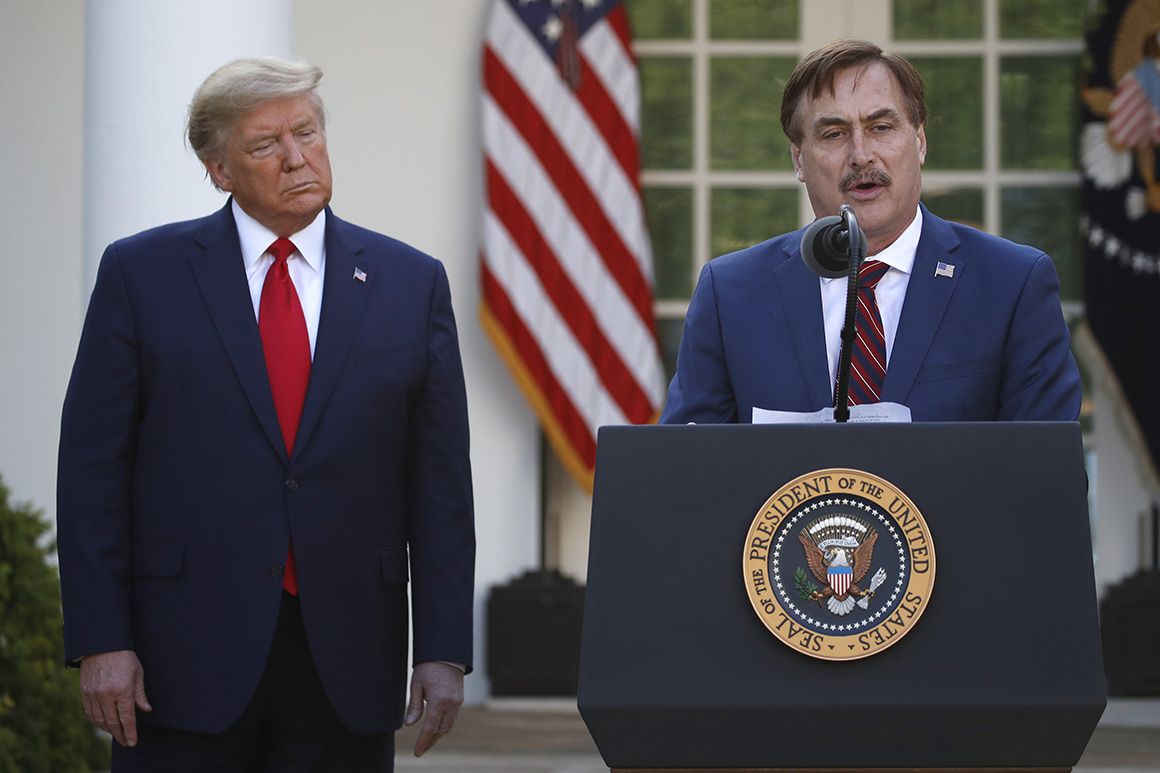 Lindell said in an interview that by the time of an upcoming election symposium he’s throwing in South Dakota on August 13, he would have marshaled enough evidence to prove that China had launched a cyberattack that swung the election to Biden, and that it would be so compelling that the Supreme Court would rule 9-0 to switch the election results to Trump.

“I said before, a couple months ago, he should be back in by August. I did say that,” he clarified. “That’s me being hopeful there. It could be September. I don’t know. It’ll be whenever the Supreme Court protects our country and gets this thing pulled down after they see it really happened.”

Some Trump associates said they have been displeased with Lindell’s appearances at rallies and communications with the former president. They are also fearful that his wild talk of reinstallment will lead to QAnon followers lashing out in August, when Trump does not resume his presidency.

“You want to tell people you think the election was stolen? Well that’s your opinion,” said a former Trump adviser. “But if you say in August Trump’s coming back to office, that’s no longer your opinion, now some crazy s— is going to happen and you’re not offering any proof. And it’s beyond just saying ‘Hey, I’m personally convinced the election is stolen.’”

But if Lindell’s continued public appearances are worrying some in Trump World, they don’t appear to be bothering Trump himself. Recently, the former president tipped his hat to the conspiracy theories about his imminent reinstallment, by hinting that he would return to the White House in “2024, or before.” He has also been closely monitoring the ongoing “audit” in Arizona that was described by one QAnon expert as the conspiracy theorists “Super Bowl,” and at a recent rally in Ohio, name-dropped Lindell and called him a “patriot.”

Lindell said he had not spoken to Trump since he left office, nor had he been in communication with Trump’s team, but believed that Trump was watching his news appearances.

“They see the same thing you do on TV,” he said. “I don’t call anybody up from there and go ‘What do you guys think?’ You guys know I haven’t done that. I’ve been my own person. Because you know what, this isn’t about them. This is about our country.”

The persistence of QAnon has been problematic enough that the Department of Homeland Security recently told members of Congress during a closed-door briefing that they are following discussions about the theory online — though they did not have reports of any specific threats. Experts on QAnon say it may just be a matter of time before the threat materializes.

“When they don’t win, that will work into their sense of grievances that they’ve had building up over the past few years and I think that will be a very dangerous moment,” said Rothschild. “I think there will be QAnon believers who have spent so much time building up to this moment where the dominoes are going to start falling and when they don’t people will get upset.”