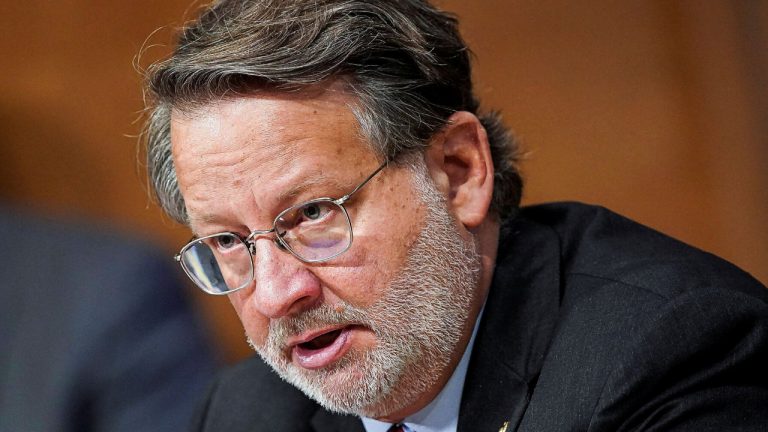 A U.S. senator has launched an investigation into the rise of ransomware attacks as well as how cryptocurrencies facilitate cybercrimes. “The investigation will also look into current oversight efforts and regulations related to virtual currencies,” the senator explained.

Investigation Into Crypto’s Use in Cybercrimes

Peters is the chairman of the Homeland Security and Governmental Affairs Committee. He has led several efforts to bolster the U.S. cybersecurity defenses.

The announcement states that he “is conducting an investigation into the role cryptocurrencies continue to play in emboldening and incentivizing cybercriminals to commit ransomware attacks that pose an increasing threat to United States national security.”

The increased use of cryptocurrencies as the preferred method of payment in ransomware attacks shows that cybercriminals believe they can commit attacks without being held accountable.

Ransomware attacks increased 150% in 2020 over the previous year, and more than $412 million was paid to cybercriminals in ransom through cryptocurrencies during that same time period, the senator noted. He added that this month, a ransomware attack paralyzed the networks of nearly 200 companies and hackers demanded nearly $70 million in cryptocurrency to unscramble the affected networks.

The investigation “will examine the rise in ransomware attacks, how cryptocurrency emboldens cybercriminals and how federal regulators and lawmakers can work to disrupt the incentive to commit crimes in exchange for cryptocurrencies,” the announcement details, elaborating:

The investigation will also look into current oversight efforts and regulations related to virtual currencies, as well as make recommendations into how lawmakers and federal agencies can work to ensure all Americans can safely benefit from access to cryptocurrencies while ensuring they are not providing an incentive for criminal organizations and foreign adversaries to continue assaulting American networks and communities across the nation.

What do you think about this crypto investigation launched by Senator Peters? Let us know in the comments section below.