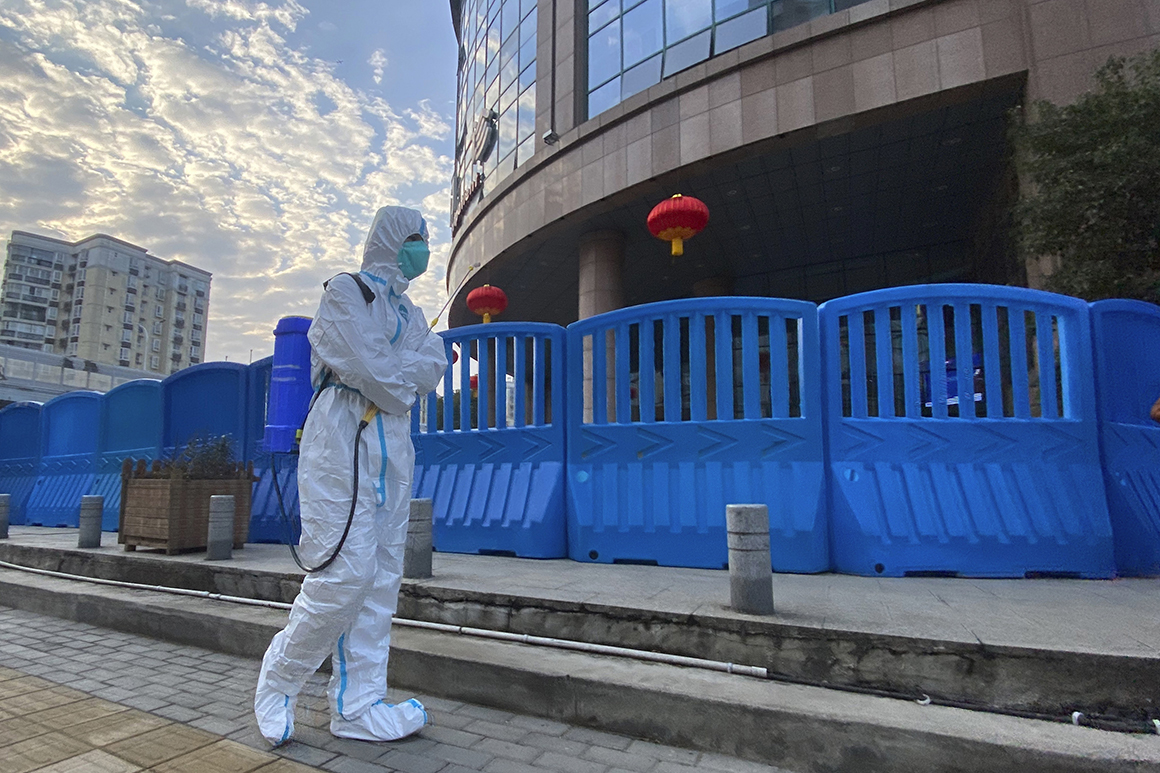 Congressional Democrats are having to balance escalating calls to investigate whether Covid-19 escaped from a lab in China with their efforts to highlight the Trump administration’s response to the pandemic and the ongoing push to stamp out the virus.

The dilemma shows how much shaping a narrative of the health crisis ahead of the 2022 midterms is already consuming lawmakers as new outbreaks emerge in parts of the country. And it puts Democrats who control the congressional agenda in a bind, as they wrestle with the possibility of stoking potentially unprovable claims about a man-made crisis or facing accusations from Republicans of engineering a cover-up.

“Regardless of how it started, no origin can excuse the lethal recklessness of Donald Trump’s mismanagement of Covid-19. Nothing,” said Rep. Jamie Raskin (D-Md.), a member of the House’s Select Subcommittee on the Coronavirus Crisis, which recently rebuffed calls from its Republican members to hold hearings on the issue. “Presidents have a responsibility to protect public health regardless of the origin of a public health crisis.”

The issue flared again over the past week, when top House Republicans from four committees convened a self-styled hearing on the origins of the virus, during which they accused Democrats of ignoring the issue and fronting for Beijing. Lawmakers also clashed over the Wuhan leak theory during Thursday’s House deliberations on a fiscal 2022 State-Foreign Operations spending bill.

President Joe Biden’s order to the intelligence community in May to redouble efforts to study the virus’ origins has given the issue more currency, though China isn’t cooperating and the administration hasn’t said whether it has uncovered new information. Democrats worry that murky conclusions that don’t identify the origin of the virus could play into the Republicans’ hands, while evidence that might disprove the lab leak theory will trigger more accusations of a cover-up.

“It’s really tough, because whatever is uncovered, it will be used in terrible ways,” said Rep. Pramila Jayapal (D-Wash.), the head of the Congressional Progressive Caucus. “You almost can’t have a legitimate investigation.”

Many Democrats say the executive branch is far better positioned to probe the virus’ origins than a bitterly divided Congress that already has a long to-do list and a tight legislative calendar.

“We believe inquiries into this issue will be well served by entities with direct access to intelligence tools and diplomatic channels,” the Democratic leaders of the House Oversight and Select Subcommittee wrote in a recent letter responding to GOP demands for hearings on Covid’s origins.

But Democrats are finding it increasingly difficult to avoid the issue. A Thursday House Appropriations markup of a 2022 spending bill turned rancorous when Republicans tried to withhold funding for the World Health Organization until more information is released about its role investigating a possible lab leak. Earlier in the week, top Republicans invoked the cover-up of the Chernobyl nuclear disaster when discussing Covid’s origins and argued for retaliatory measures against China, the WHO and other scientific bodies. House GOP Whip Steve Scalise (R-La.) has publicly questioned why Speaker Nancy Pelosi “would want to cover up for China” while GOP Conference Chair Elise Stefanik (R-N.Y.) painted Democrats as “Chinese communist sympathizers.”

The message is resonating with the GOP’s base: A recent Morning Consult poll found that 70 percent of self-identified Republicans believe Covid originated in a lab, compared to just 32 percent of Democrats. Republicans also were twice as likely as Democrats to have heard about the “lab leak” theory.

That’s forcing Democratic lawmakers to engage on the issue, even if it threatens to step on their efforts to keep the spotlight on the Trump administration’s response to the virus.

Staffers for the Democratic majority on the House Science Committee told POLITICO that “public concern and political pressure around the origins of SARS-CoV-2” have been “significant” and “sharpened the Committee’s focus” on the lab leak theory.

The committee plans to hold a hearing this month, the aides said, on the broader issue of how infectious diseases emerge and how understanding their origins can help protect public health.

The House Intelligence Committee is conducting its own review, but Chair Adam Schiff (D-Calif.) told POLITICO that the probe is “less sleuthing on what’s the origin” and more focused on holding the U.S. intelligence community accountable for how it responded to the pandemic. Still, he said he shares his colleagues’ fears about fanning the lab leak flames.

“We’ve had numerous discussions about the politicization of the intelligence and how to make sure that it’s a purely analytical objective, and that a diversity of viewpoints are considered,” he said.

Yet these efforts aren’t likely to stop Republican complaints of Democratic stonewalling. Scalise told POLITICO that the GOP is pressing for every committee with jurisdiction over the matter to hold a hearing and subpoena officials like federal infectious diseases expert Anthony Fauci and National Institutes of Health Director Francis Collins to testify.

In the Senate, Democrats intend to avoid such optics while trying to foster public confidence by joining with Republicans on investigations into where Covid came from and how to better prepare the country for the next pandemic.

Senate health committee chair Patty Murray (D-Wash.) and ranking member Richard Burr (R-N.C.) have said their committee will launch its own inquiry into a swath of issues, including where Covid came from and how to boost vaccination rates in rural communities. A separate resolution from Sens. Kirsten Gillibrand (D-N.Y.) and Roger Marshall (R-Kan.) that calls on the WHO to conduct another investigation into the virus’ origins passed by unanimous consent in May. And Sens. Bob Menendez (D-N.J.) and Susan Collins (R-Maine) have partnered on a bill that proposes setting up an independent 9/11-style commission to investigate Covid’s source as well as the Trump and Biden administration’s responses.

“The way our legislation is devised, in terms of having equal numbers of people on the commission appointed by each party, makes it clear that it’s not a witch hunt,” Menendez said.

Yet many Democratic lawmakers told POLITICO they remain ambivalent about the need to investigate Covid’s source, fearing it will detract from their efforts to focus on the Trump administration’s chaotic response. They’re also concerned the focus will fuel conspiracy theories and anti-Asian rhetoric that have already proliferated around the possibility of a lab leak.

“I’ve been calling for us to look into this for months,” Raskin said. “But it’s obviously far less important than getting shots into arms and getting people tested and getting the truth out about the virus.”