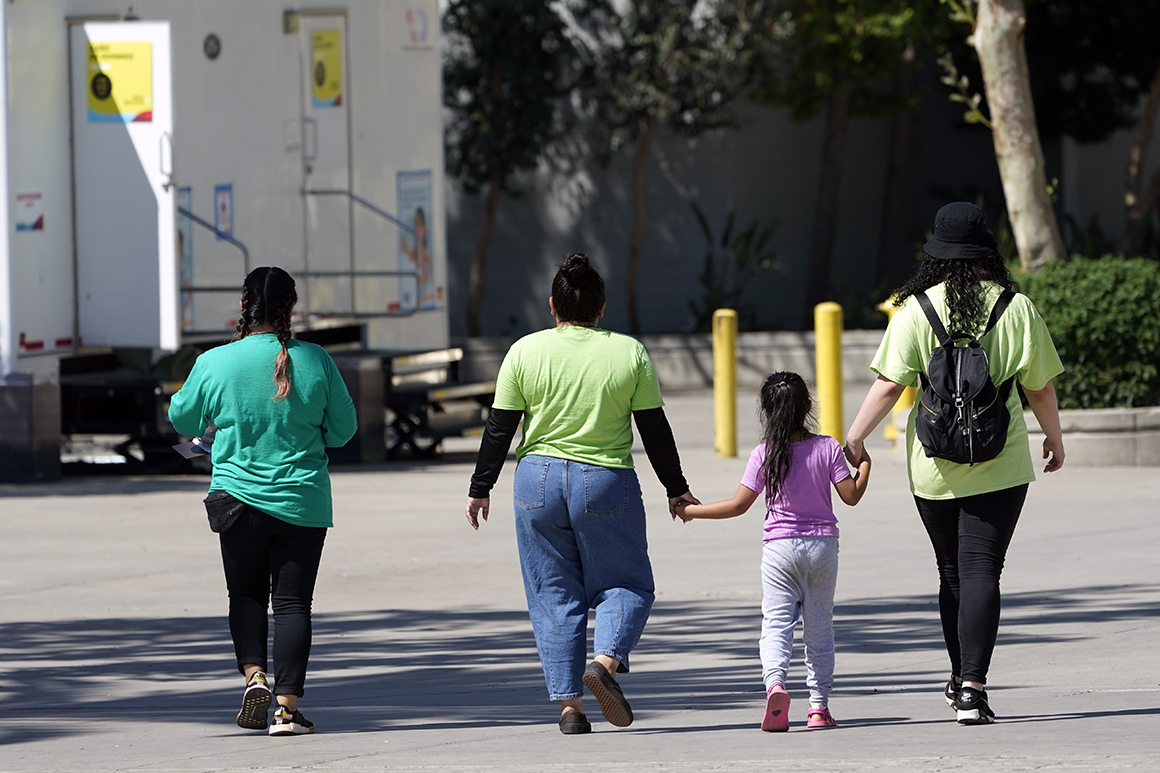 President Joe Biden was widely expected to lift restrictions this summer that have blocked migrants from seeking asylum since the start of the pandemic. The fast-spreading delta variant of the Covid-19 virus and surging numbers of border apprehensions have derailed those plans.

The administration will not begin phasing out its use of the public health order, known as Title 42, at the end of this month, despite mounting legal challenges and renewed criticism from allies about the 16-month closure, according to four people familiar with the discussions.

The Biden administration had been expected to begin allowing migrant families to start seeking asylum as soon as late July, according to the four people, the first phase of rescinding Title 42. But in recent days, the administration has begun to take more precautions against the Delta variant, including urging Americans to wear masks indoors again, and delaying the border reopening. “The conversations are happening at very high levels and will continue,” one of those people said.

The administration could still change its stance in response to a lawsuit. It is in negotiations with the ACLU, which accuses Biden of using the policy to restrict immigration as it challenges the legality of the U.S. using Title 42 to expel families. The ACLU must tell the court Monday whether it intends to continue negotiating, as it has for months, with the administration or resume its litigation, said Lee Gelernt, the lead lawyer in the ACLU’s case.

Meanwhile, U.S. Border Patrol agents are considering closing checkpoints in the Rio Grande Valley in Texas, as they grapple with a high number of migrants in their custody, The Monitor reported. Border apprehensions for the fiscal year surpassed 1 million in June, according to the latest U.S. Customs and Border Protection figures. In June, specifically, more than 188,000 migrants were apprehended at the border, marking a 21-year high.

The Department of Homeland Security declined to comment on the future of Title 42. A White House official said the lifting of Title 42 had never been planned.

“That decision will rest with the CDC and that public health process — as of right now there is no change in policy in Title 42, nor a timeline to preview or announce when it’s no longer needed,” the official said.

Democratic lawmakers, immigrant advocates and medical experts have urged the Biden administration for months to rescind the Trump-era policy, dubbed Title 42 in reference to the U.S. code, saying its use is unlawful, inhumane and not justified by public health. Migrants, they say, could be tested and isolated when they enter the country to help prevent the spread of Covid-19.

Rep. Frederica Wilson (D-Fla.), citing the thousands of immigrants sent back to crisis-racked Haiti, organized a letter to the administration urging an end to Title 42 earlier this year but received no explanation for the continued delay. “I … am very disappointed that Title 42 expulsions have not ended,” she said. “This policy is one of the last vestiges of the Trump/Stephen Miller immigration agenda.” 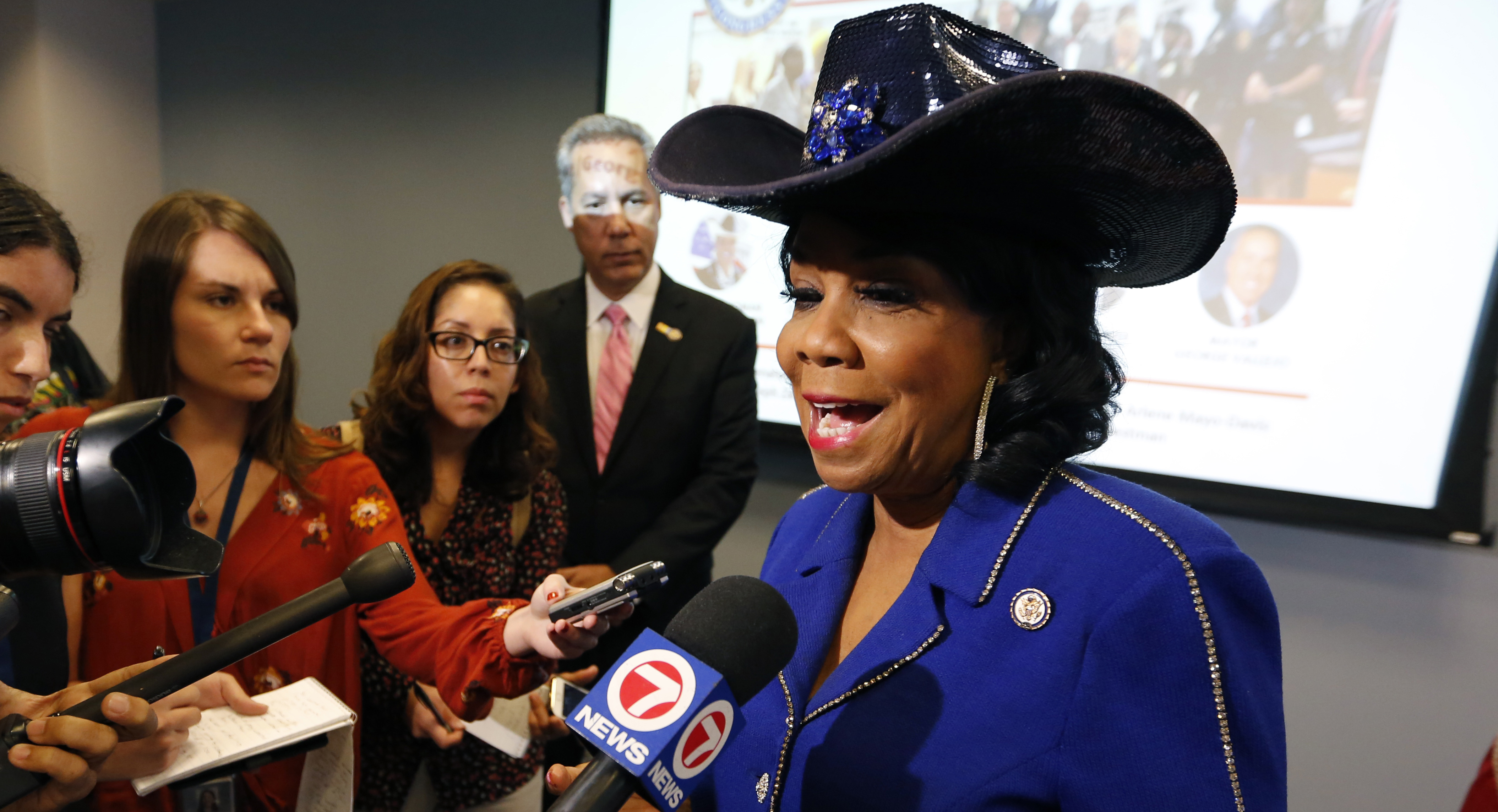 The Biden administration further frustrated immigrant advocates and attorneys on Monday when it announced plans to speed up deportations for some families who cross the U.S.-Mexico border and cannot be expelled under Title 42. The practice, known as expedited removal, has been used by Democratic and Republican administrations to allow for U.S. border officials to expel migrants without a hearing before an immigration judge.

“We know from our years of work with detained families that expedited removal results in longer stays in detention and can be tantamount to a death sentence,” said Jonathan Ryan, president and CEO of RAICES, a nonprofit group that provides legal services for immigrants. “This is basically Title 42 by another name, the cruel law which flagrantly violates the rights of asylum seekers.”

Biden has vowed to create a fair and humane immigration system but his aides have found that quickly reversing Trump’s policies can create logistical — and political — problems. His administration has had to process and house a record number of unaccompanied children at the border. On Tuesday, the White House released a new fact sheet outlining how Biden plans to ensure people can exercise their right to seek asylum while maintaining a secure and well-managed border.

“It’s easy to describe what a workable system looks like, but it’s very hard to actually put it in place,” said Frank Sharry, executive director of immigrant advocacy group America’s Voice. “They’re trying to stand up an asylum system that was gutted. And they have a huge challenge in how to uphold our asylum laws, but I underscore — they are laws.”

“They’ve used Title 42 as something of a crutch,” Sharry continued. “That’s despite the fact that, practically, it isn’t really working for them. But, politically, they’ve been concerned it’s going to look like they’re opening up because of the border crisis narrative the right has been so aggressively promoting.”

Former President Donald Trump first cited the little-known and sweeping Title 42 statute in March 2020, directing federal officials to expel migrants who crossed the northern and southern borders instead of detaining and processing them — an effort that was said to be aimed at preventing the spread of coronavirus.

Biden continues to turn away most of the migrants encountered at the border, including single adults and most families, but has made exceptions for unaccompanied children to stay for humanitarian reasons. It has led some parents to send their children to the U.S. alone, knowing that the administration will allow them to stay, according to immigrant advocates.

Border agents have expelled migrants more than 900,000 times since March 2020, according to figures from U.S. Customs and Border Protection. Immigration experts, however, have made clear that the 867,000 number is not necessarily individual migrants; There has been a high rate of recidivism, which is when migrants are expelled and then try to cross again into the U.S.

In February, Biden called for a review of the public health order to determine if it was still needed or if modifications should be made. Earlier this month, the CDC formally issued an order confirming that unaccompanied children are exempt from being expelled under Title 42. In a statement, the CDC said it found that there is “there is appropriate infrastructure in place to protect the children, caregivers, and local communities from elevated risk of COVID-19 transmission as a result of the introduction of [unaccompanied children], and U.S. healthcare resources are not significantly impacted by providing [them] necessary care.”

The statement made no mention of migrant families and single adults. The CDC is supposed to conduct a monthly review on the policy each month as well, according to an October 2020 CDC order.

On Monday, the White House announced that the U.S. will maintain its current travel restrictions on a broad swath of countries, including much of Europe, citing the Delta variant, even as other countries, including Canada, have loosened their restrictions. Last week, Health and Human Services Secretary Xavier Becerra extended a public health emergency declaration due to Covid-19 until October.

“It would be very inconsistent to lift Title 42 before lifting the European travel ban given that it is much easier to determine if a European traveler has been vaccinated than it is to determine whether someone arriving at our order has been vaccinated,” said Leon Fresco, an immigration attorney who worked in the Obama administration and represents many European visa holders who are unable to enter the U.S.