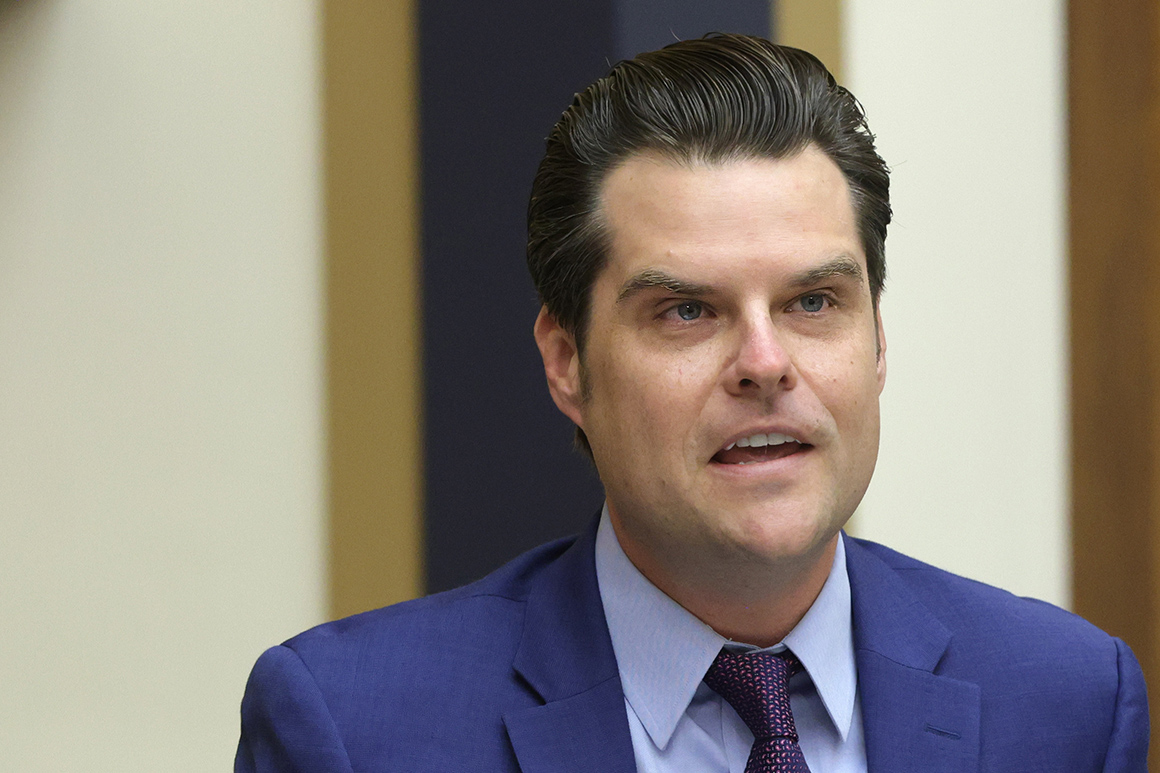 Republicans are united in their belief that President Joe Biden has botched the withdrawal of U.S. troops from Afghanistan. But on the question of the thousands of Afghan refugees looking to flee to the United States, a schism has emerged within the party, pitting immigration restrictionists against those who view the resettlement of individuals and families in the U.S. as a moral charge.

With the debate featuring some elements of the party’s familiar divide between the base and the establishment — and former President Donald Trump’s position on the issue unclear — some Republicans see the making of an issue that could reverberate in next year’s primary elections.

“It’s the same fault line in the party about whether we should be there or not, the neo-cons vs. anti-interventionists, the great divide in the party,” said Roger Stone, one of Trump’s longtime advisers.

Stone said the temperature over the issue will only rise as more people flee Afghanistan and as the 2022 midterms draw closer.

“Let’s see how it’s going to go in the primaries,” Stone said. “The grassroots responded in 2016 to Trump’s message that it was time to bring our troops home from these endless foreign wars where our national interest was not clear.”

In the Trump era, Republicans increasingly have been in lockstep on tighter immigration and refugee policy, particularly regarding the Mexican border. But the issue of Afghan migrants has scrambled that consensus.

The first signs of a rift surfaced last month when Congress expanded special visas for Afghan interpreters and aides who helped with U.S. operations over the years, with a bipartisan coalition of members saying the country couldn’t turn its back on its friends.

But a small group of House Republicans argued that the legislation, called the ALLIES Act, was a Trojan horse that allowed in too many individuals from the war-torn country who weren’t properly vetted. Those criticisms were amplified on social media by various allies and supporters of Trump after the weekend fall of Kabul to the Taliban.

On an issue where the dividing line between the two camps isn’t precise, Trump’s statements to date have provided fodder for each side.

“Can anyone even imagine taking out our Military before evacuating civilians and others who have been good to our Country and who should be allowed to seek refuge?” he said in a Monday statement criticizing the Biden administration’s approach.

Yet on Wednesday, Trump issued a statement that took a different tack. Alongside a tweet featuring a much-viewed photo of Afghans packed into a C-17 plane, Trump wrote, “This plane should have been full of Americans. America First!”

Rep. Matt Gaetz, one of the most vocal Trump-aligned anti-interventionists, voted for the ALLIES Act, but said he was sensitive to his conservative peers who felt that it went too far. As a lawmaker who represents a Florida Panhandle district with one of the nation’s highest number of military installations, service members and veterans, Gaetz said in recent days at least a dozen constituents have called him to personally recommend Afghans who helped save their lives while overseas.

“In my district, it’s a kitchen-table issue,” Gaetz said. “There are people over there who have kept my constituents alive — not 100,000 of them; the several thousand who had hot lead flying at them, too. That’s not my hyperbole. That’s the reality.”

Rep. Michael Waltz, a Florida Republican who also served in the Green Berets, acknowledged that “there are a lot of mixed feelings” among conservatives over accepting more immigrants and refugees.

Waltz said the Biden administration’s botched withdrawal from Afghanistan and its slow-footed plans to evacuate Afghan allies beforehand have bothered members from both parties, and Republicans overwhelmingly support the idea of refugees who earned the right to come to America, as many Afghan interpreters and aides did. Still, conservatives don’t trust a Democratic administration that has instituted domestic border policies that are anathema to them.

“When we’re talking merit-based immigration, I can’t think of anybody who has deserved it more than those who stand and fight with us and were willing to take a bullet. They absolutely agree,” Waltz said, referring to the unease on the right over the issue. “It’s just, what kind of backstop is there on the back end when we start talking parole, refugees, asylum, family members? And that’s where they really have pause.”

On social media, restrictionist voices have been louder and less measured.

Steve Cortes, a former Trump adviser, tweeted an image of a planeload of refugees leaving Afghanistan and asked his 236,000 followers to “Raise your hand if you want this plane landing in your town? America paid unimaginable costs in Afghanistan because of uniparty globalists who dominated the Bush & Obama administrations.”

Ohio Senate candidate and “Hillbilly Elegy” author J.D. Vance said on Twitter he’d “like to hear zero about Afghan refugees until we get every single American out first.” Wisconsin Republican Rep. Tom Tiffany fretted in a string of tweets that “The Biden admin’s plan to bring planeloads into the US now and ask questions later is reckless and irresponsible.”

The Department of Homeland Security asserts that claims like that one are inaccurate — evacuees are being flown to countries like Qatar and Kuwait to be vetted by the agency, which has experience with backgrounding migrants, according to a spokesperson who discussed the details anonymously out of concern for criticizing a sitting member of Congress by name.

On the Fox network, host Tucker Carlson said Monday, without providing evidence, that “millions” may ultimately come to the U.S., warning that “first we invade & then we’re invaded.”

Stephen Miller, an architect of Trump’s immigration restrictions, said that Afghans were never promised special admission into the United States, and he questioned how many people in Afghanistan are left who were true U.S. allies.

“Contrary to what you’ve been hearing recently, we have been removing people from the country under special immigrant visa status ever since the program was first authorized, shortly after the war started,” he said. “Most of the translators that we’ve worked with and most of the government operators we’ve worked with, who wanted to leave and who meet the conditions for the program, already have left.”

Ken Cuccinelli, Trump’s former acting Homeland Security secretary, said there are limits to the conventional vetting process because of the political and tribal complexities of Afghanistan.

“There are people who worked for us as translators who hate us,” said Cuccinelli, now a senior fellow with the conservative Center for Renewing America. “There are people working at different times for every side of this conflict. There’s not just us and the Taliban. There are factions, enemies between themselves.”

Refugee and immigration reform advocates, however, say there are many refugees left behind in Afghanistan who are owed a debt of gratitude for serving the U.S. during its 20-year occupation, and they criticized some of the restrictionists for allying themselves with nativists and racists.

Frank Sharry, executive director of America’s Voice, an immigration advocacy group, said extensive polling shows the divisions in the GOP are clear, with about 30 percent of the base that’s “unmovable on immigration: Immigrants bad. Stephen Miller right. Tucker Carlson hero.”

But polling also shows that the rest of the GOP base is more moveable on issues of immigration and refugees, depending on the particular topic, Sharry said.

In Iowa, Republican Sen. Joni Ernst, an Iraq War veteran, told The Des Moines Register that her state should take more refugees, saying it did so after the Vietnam War and that “we have always been very welcoming to those that needed to immigrate and those refugees that were running away from disaster in their own country,” she said. “And I do think that we can play a role and I think it’s important that we do that.”

In Utah, Republican Gov. Spencer Cox penned an open letter to Biden Tuesday, offering to accept Afghan refugees, citing the history of the state, which was founded by members of The Church of Jesus Christ of Latter-day Saints.

“Our state was settled by refugees fleeing religious persecution 170 years ago,” he wrote. “Their descendants have a deep understanding of the danger and pain caused by forced migration and an appreciation for the wonderful contributions of refugees in our communities.”