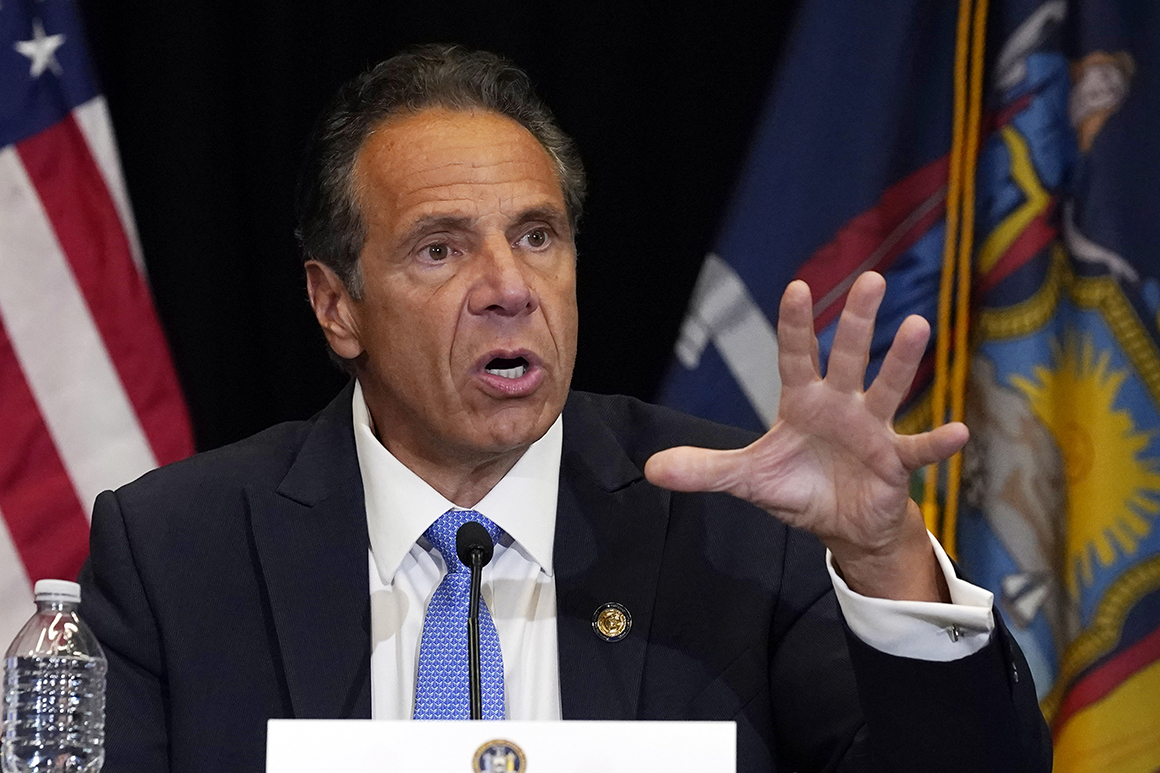 ALBANY, N.Y. — Gov. Andrew Cuomo committed several acts of sexual harassment that violated federal and state law, including the very regulations he signed and promoted in the aftermath of the #MeToo movement, according to a long-awaited and devastating report issued Tuesday by state Attorney General Tish James.

The report, released after an investigation was launched in March, concluded that the accusations of multiple women, many of them former or current state employees, were credible.

“The investigation has concluded that Gov. Andrew Cuomo sexually harassed multiple women and, in doing so, violated federal and state law. Specifically, the investigation found that Gov. Andrew Cuomo sexually harassed current and former New York state employees by engaging in unwelcome and non-consensual touching and making numerous offensive comments of a suggestive and sexual nature that created a hostile work environment for women,” James said in her opening remarks. “The investigators independently corroborated and substantiated these facts through interviews and evidence, including contemporaneous notes and communications.”

Investigating attorneys Anne Clark and Joon Kim described a culture of abuse and fear in the executive chamber where harassment was routine and coming forward was discouraged by the governor and his staff.

The report corroborated the allegations of one assistant who said Cuomo groped her against her will in the governor’s mansion.

“On Nov. 16, 2020, in the executive mansion, the governor hugged executive assistant No. 1 and reached under her blouse to grab her breast. This was the culmination of a pattern of inappropriate sexual conduct, including numerous close and intimate hugs, where the governor held her so closely that her breasts were pressed against his body. And he sometimes ran his hands up and down her back while he did so,” Clark said. “There were also several occasions where the governor grabbed her butt. Executive assistant No. 1 had vowed that she was going to take these violations, as she put it, ‘to the grave.’ She was terrified that if she spoke out she would lose her job. But she broke down in front of colleagues when she heard the governor on March 3rd, 2021, in his press conference claim that he had never touched anyone inappropriately.”

Investigators said senior staff were aware of the allegations and discouraged people from making formal complaints.

The report’s conclusions are certain to revive calls for the governor’s immediate resignation or, if he refuses to step down, his impeachment. Many of Cuomo’s fellow Democrats, including both of the state’s U.S. senators, as well as state Senate Majority Leader Andrea Stewart-Cousins and more than 50 of her legislative colleagues, called on Cuomo to quit several months ago amid a cascade of harassment accusations against him.

The state Assembly’s Judiciary Committee has been considering articles of impeachment for several months. The committee is looking into an array of allegations, ranging from sexual harassment to accusations that state workers were assigned to help him write his pandemic memoir, “American Crisis,” for which he was paid $5.1 million.

Cuomo is serving his third term. He said before the scandals broke that he intends to run for a fourth term in 2022.