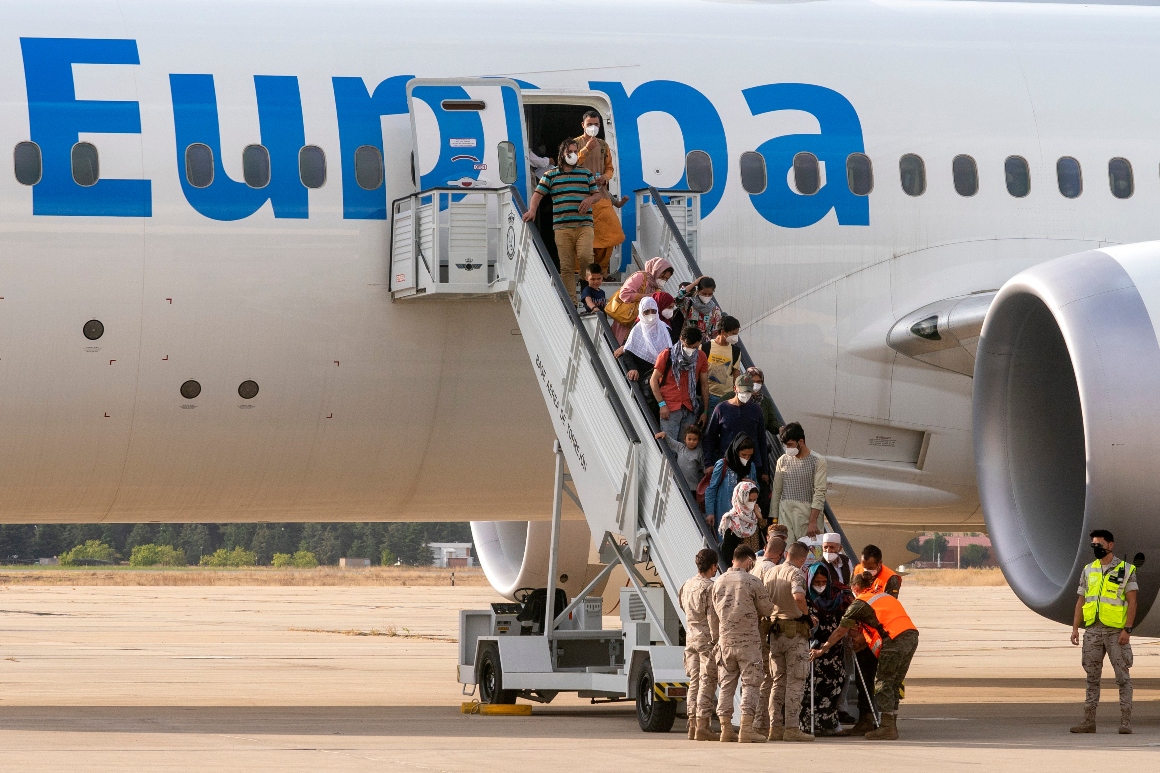 Two months after G-7 leaders met in Cornwall, England, the friendly fist bumps and back slaps have been replaced by backbiting and thinly-veiled accusations of immorality and incompetence.

President Joe Biden enters Tuesday’s virtual summit with G-7 and EU leaders facing a wave of frustration from his closest allies and no easy solutions.

Leaders in Berlin, Paris, London and Brussels — initially dissatisfied by Washington’s lack of consultation over Washington’s decision to withdraw troops from Afghanistan — are now appalled by missteps in the operation, which they believe has undercut the credibility of Western alliances.

But thanks to chronic underinvestments in defense and diplomacy, the European G-7 members have little sway to set a different course. And because of deep divisions over migration policy in Europe, the summit is unlikely to agree on an umbrella policy that would offer protection to the majority of Afghans now at risk of Taliban reprisal.

The ghosts of previous foreign policy debacles are haunting the summit: for the Biden administration, it’s comparisons to Saigon 1975 that officials can’t escape. For Boris Johnson’s U.K. government it’s the 1956 Suez Crisis, which shattered Britain’s claim to geopolitical heavyweight status.

London might have been blindsided by the speed of the U.S. withdrawal from Afghanistan, but Boris Johnson is determined to play a leading role coordinating the international response — casting himself in a Churchillian light.

Johnson has sent additional troops to Kabul, led the charge for allies to coordinate on how they engage with the Taliban and proposed Tuesday’s G-7 meeting, which he framed as a chance “to coordinate our response to the immediate crisis, to reaffirm our commitment to the Afghan people, and to ask our international partners to match the U.K.’s commitments to support those in need.”

Those efforts have been met with a skeptical response by other governments and aid groups.

Biden and Johnson spoke by phone Monday afternoon, but for three days last week Johnson and his ministers were met with a stony official silence from Washington. A Downing Street readout of the Monday call did not mention any specific proposals the two countries would take to the full G-7 meeting.

Johnson’s recent commitments to Afghanistan, however, are at odds with his government’s determined effort to cut foreign aid spending. A U.K. Parliament research note concluded Johnson’s decision to deliver around $400 million in aid to Afghanistan simply restores funding to slightly below 2019 levels — and may come too late for more than 20 British NGOs still operating in Afghanistan and facing immediate crisis.

No coordinated plan for refugee resettlement

Barely a week out from a Taliban-imposed Aug. 31 deadline for evacuations to be completed, G-7 allies and the EU lack a plan for resettling the thousands of Afghans that manage to escape Kabul airport or Taliban-controlled territory.

Leaders from the EU’s institutions, as well as Germany, France and Italy, remain fearful of a repeat of 2015 — when, in the course of several months, more than a million Syrians fled the Assad regime and headed to Europe.

The countries represented at Tuesday’s summit have publicly committed to fewer than 100,000 special visas: meaning sanctuary for fewer than one in five of the 550,000 Afghans the International Rescue Committee estimates have been forced out of their homes in search of safety.

The U.S., U.K. and Canada have each offered to accept around 20,000 Afghans. Germany has offered 10,000 slots. Japan, Italy and France have not committed to a number — but Italy has already received 3,350 Afghans.

French President Emmanuel Macron set the tone for other national leaders when he used his first response to the fall of Kabul to assert: “Europe alone cannot assume the consequences of the current situation.”

The EU still has no long-term plan for managing asylum seekers arriving in the bloc, six years after its previous migration crisis. The stopgap measure of EU officials at the time was a fiercely-contested quota system, which aimed to spread the burden of the new arrivals somewhat evenly across the bloc, and take the political heat off governments struggling to justify acceptance of refugees to their skeptical publics.

With national election campaigns in Germany, Czech Republic, Hungary, Austria and France in coming months, it would suit European Commission President Ursula von der Leyen to have G-7 backing for a similar quota system for handling Afghan asylum seekers — to avoid the embarrassment of European leaders shunning what she calls their “moral responsibility” to help.

An unknown number of nationals from G-7 and EU countries remain stuck in Afghanistan, but the number is dwarfed by the 550,000 Afghans the International Rescue Committee estimates have been forced to leave their homes to seek safety.

The journey of many Afghans toward Europe is expected to be slow. In addition to difficulties leaving the country, Turkey recently completed a concrete wall on its border with Iran, while Iran has closed its borders with Afghanistan.

While visiting EU diplomats are evacuated from Kabul, Von der Leyen said she will push for Afghans to have “legal and safe routes, globally, organized by us, the international community,” to flee the country, and for more humanitarian aid. The Commission has now allocated around $65 million for humanitarian aid to Afghanistan in 2021, up from its original budget of $35 million.

Danger rising for those stuck in Kabul

The question of how to deliver humanitarian assistance is becoming increasingly complicated: the U.S. Treasury and International Monetary Fund have frozen the assets of the Afghan government to prevent financing the Taliban, while others including the EU are set to condition aid funding on respect for human rights.

United Nations agencies have insisted they will continue to deliver aid — citing the risk of one million children facing severe malnutrition if they pull out — despite the World Health Organization and UNICEF saying in a joint statement that their “abilities to respond to those needs are rapidly declining,” with key supplies expected to run out within days.

With most of their foreign staff evacuating the country, the burden of delivering aid is falling on local workers, with no clear plan in place for their safety. Female U.N. and NGO staff — particularly those in leadership positions — face reprisals from the Taliban because of their work. For now, UNICEF is requesting its local staff continue to come into work, operating under the slogan #StayAndDeliver.

The final question to be addressed at Tuesday’s summit is whether to recognize a new Taliban government.

No government has been formed, giving G-7 countries the opportunity to coordinate their response. G-7 foreign ministers, who met Thursday to prepare for Tuesday’s meeting, “agreed that the international community’s relationship with the Taliban will depend on their actions, not their words,” secretary of State Antony Blinken said. Linda Thomas-Greenfield, the U.S. Ambassador to the United Nations, said in an interview that she expects “an intense discussion with our allies on the recognition issue.”

NATO foreign ministers issued a similar statement on Friday, calling on the Taliban “to work in good faith to establish an inclusive and representative government, including with the meaningful participation of women and minority groups.” Just three countries — Pakistan, Saudi Arabia and United Arab Emirates — recognized the previous Taliban regime that ruled Afghanistan from 1996 to 2001.

Esther Webber and Jacopo Barigazzi contributed to this report.