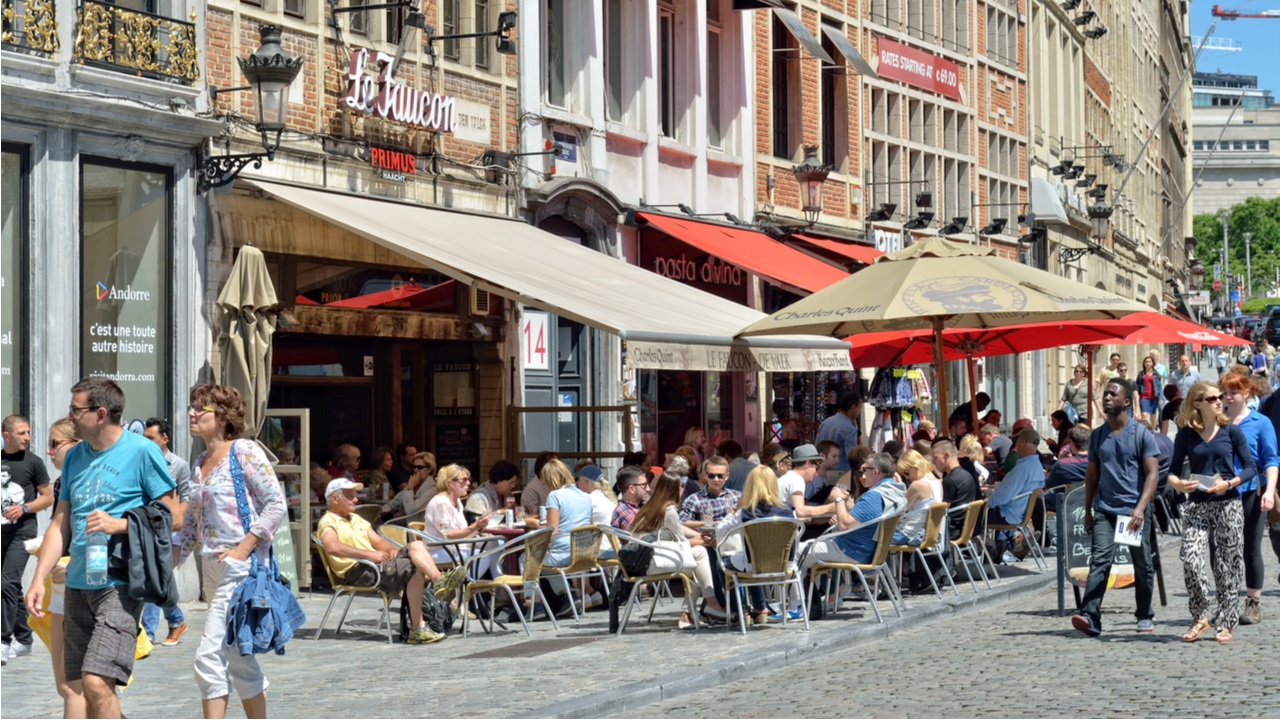 A bar in Brussels frequented by local anarchists has introduced crypto payments. Bitcoin is the money of the future, say the owners who have recently renovated the place. It is among the first such establishments in the Belgian capital to take coins for pints, they say.

The Dolle Mol café and bar in downtown Brussels, the heart of Europe, has started accepting cryptocurrencies for the beverages it offers. The famous anarchist bar on Rue des Éperonniers street has become one of the first establishments of this kind in the Belgian city to support crypto as a payment option, its owners claim.

The bar has been renovated in the past two years by a group of young Brussels residents. “The cafe has to move with the times,” said Grégoire, one of the owners, quoted by the Belgian English-language news portal the Bulletin. Commenting on the decision to allow digital coin payments, he elaborated:

Cryptocurrencies like bitcoin are the money of the future. We want to give everyone the opportunity to buy a pint with this new payment method.

The owner admits they haven’t had any customers who wanted to pay with cryptocurrencies yet but the service has only recently been introduced. It’s going to take some time before crypto users learn about it.

“We’re only just accepting it and people don’t really know that yet,” Grégoire told the Bulletin. “There is a sticker on the door that makes that clear but that’s about it. It’s a bit like the internet in the 1990s,” the entrepreneur added.

Cryptocurrency regulations in Belgium and Brussels are still rather fuzzy, the publication notes in its report. “I have the impression that there is not really a clear, watertight regulation,” Grégoire noted. That’s why the bar keeps it simple and safe.

“If you want to pay for a pint with, say, bitcoin, you can easily do so with a QR code. The money will then be placed in our personal bank account, and we will put that amount in the cash register,” the Belgian explained.

Crypto payments are yet to be regulated in the EU. Last year, the European Commission adopted a digital finance package that will determine the future of Europe’s fintech sector.

Part of it is a new legislative proposal called Markets in Crypto-Assets (MiCA) which aims to introduce rules for digital currencies and crypto service providers. The Union is also discussing amendments to its anti-money laundering directive that may ban anonymous crypto wallets.

Have you ever used cryptocurrency to pay for a pint and where? Tell us in the comments section below.