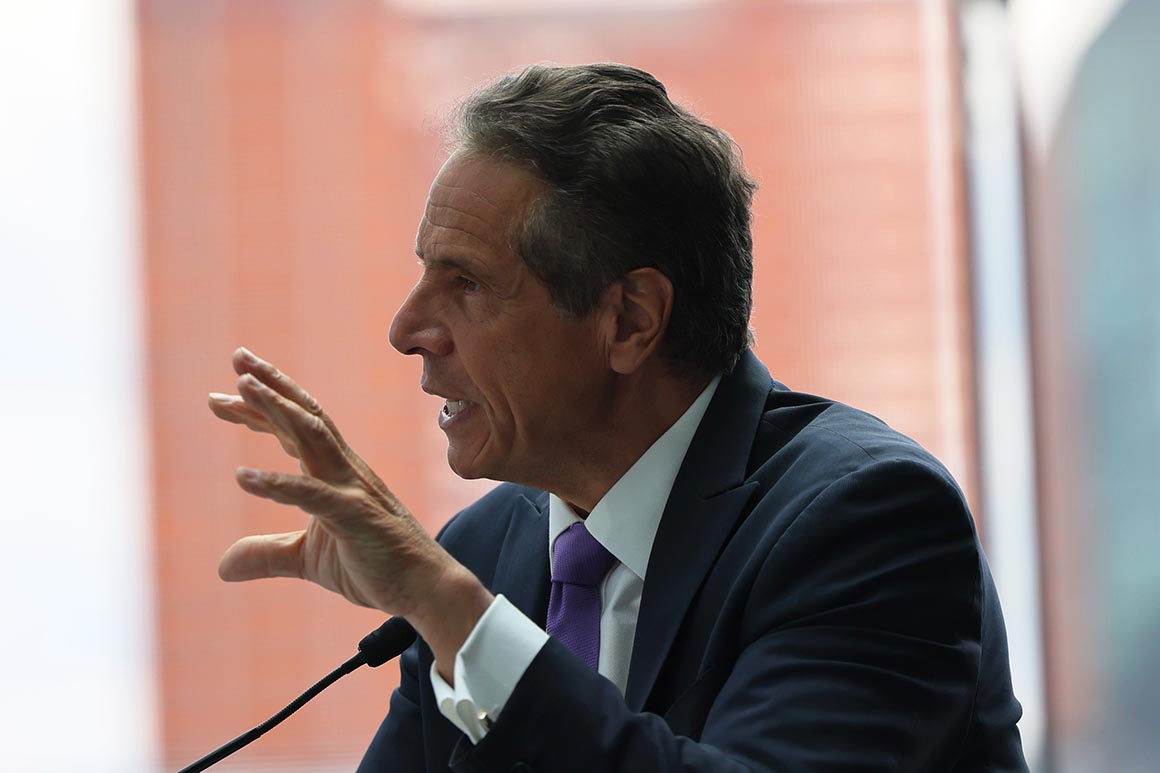 But unlike in March, when multiple allegations of sexual harassment first emerged, it’s now hard to see any new escape route for the governor, who is under criminal investigation and is facing almost certain impeachment in the aftermath of state Attorney General Tish James’ investigation of his conduct.

The only one who seems to be unaware of the desperate state of affairs is the governor.

Aides close to the governor say he is pushing for a press conference to refute James’s report in further detail, though it’s unclear if and when that plan will come to fruition as they try to talk him down.

Cuomo’s initial response Tuesday was a 14-minute, pre-taped video in which he said he and his family have experienced a hard and painful past few months, but he’d like to share his side of the story.

Cuomo insisted that his words and actions were misinterpreted by the attorney general, the investigators and the women who reported them. He talked with Charlotte Bennett, a sexual assault survivor, about her sex life because he was so moved by her personal story, he said. The hugs and kisses reported by former aides were largely representative of how he greets people as an Italian American politician, he said, as photos of him publicly embracing other politicians and constituents flashed on the screen.

He asked anyone who is interested to read an 85-page “position paper” from his attorney, Rita Glavin. She included more than two dozen photos of prominent Democrats embracing and kissing people — from President Joe Biden to former President Barack Obama.

Neither the paper nor the video addressed one of the report’s most revelatory claims: that Cuomo regularly made sexually suggestive comments and physical advances toward a state trooper he had assigned to his protective detail. Yet he finished with a pitch to voters about the work New York has left to do rebuilding from the pandemic.

“My job is not about me. My job is about you,” he said. “What matters to me at the end of the day is getting the most done I can for you. And that is what I do, every day, and I will not be distracted from that job.”

The entire message was stunning, even to those who know him well.

“I thought, ‘Holy shit this is just begging all of these people in the video to distance themselves from him,’” said one former administration official, who, like others, spoke anonymously due to continued work in the state’s political realm.

Another current Cuomo administration employee said they were “disgusted” by how little remorse was offered and the fact that the video was clearly prepared before the full scope of the report was made public, rather than in reaction to specific details.

After a Tuesday of fast-falling support and not a single ally publicly coming to his defense, Cuomo has not acquiesced to calls to resign from Biden, fellow Democratic governors and former friends. The state Democratic Committee chair, longtime ally Jay Jacobs, joined the chorus on Wednesday.

But Cuomo, so far, hasn’t budged.

“I think all normal thought process over there is nonexistent,” another former top aide said on Wednesday, calling the video rebuttal “crazy.”

The lack of delicacy signaled there isn’t a clear plan for if and when Cuomo would step down, the person said.

“If the answer to that exists,” they said, “it’s in only one person’s head.”

An overnight Marist poll released Wednesday morning showed that about 63 percent of registered voters believe Cuomo should resign, and 59 percent want the Legislature to impeach him if he doesn’t. If Cuomo survives through the end of the term, his political prospects appear bleak — just 12 percent of voters said he deserves to be reelected next year.

It is possible that a resignation could be on the horizon, but not until the last possible moment before a state Assembly vote to impeach, one of the former aides suggested. With few details in the state constitution laying out what a Senate trial would entail, Cuomo could quickly be removed from office — and the state’s executive mansion in Albany, his only home.

While Assembly Speaker Carl Heastie has called for a quickened process and the Assembly Judiciary Committee is scheduled to meet Monday to discuss its next steps, that doesn’t mean a full vote is imminent. The Assembly also had been examining issues such as the governor’s handling of nursing homes during the pandemic and the expedited construction of a bridge, and there seems to be some appetite for wrapping up those probes before moving forward.

But most of the Democratic conference that controls the chamber seems aware the ball is now in their court.

“I honestly do believe he should resign, but also honestly know that he won’t,” Crystal Peoples-Stokes, the Assembly majority leader and one of Cuomo’s former backers, said in an interview with Buffalo’s WGRZ-TV Wednesday.

Cuomo has famously surrounded himself with a tight-knit group of advisers, many of whom date back to his days as state attorney general and some even decades back into his father’s terms as governor. But that group — and its ability to influence Cuomo — has been further whittled down during the past year of tumult, as Cuomo’s scandals have spiraled, some say.

“I think those days are totally passed,” said another former aide when asked if a cohort of top advisers might be able to persuade the governor to resign.