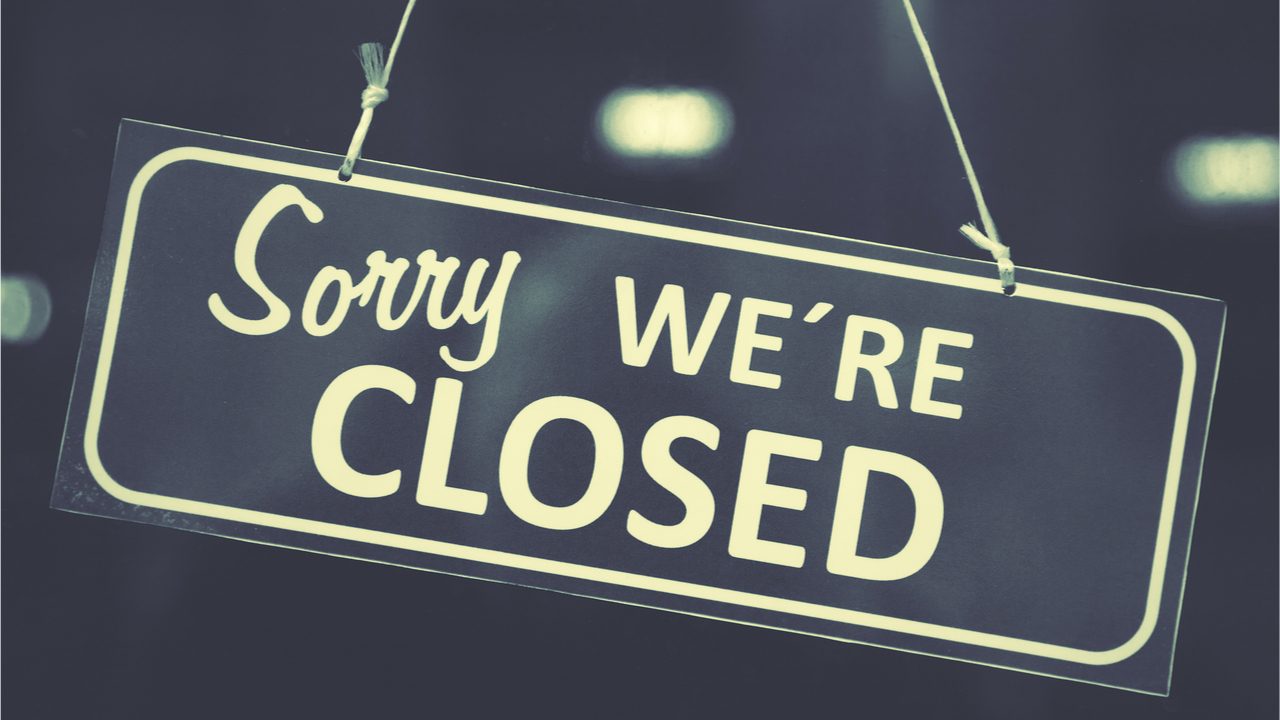 On August 28, the Bitcoin Cash-based decentralized finance (defi) platform Detoken announced the project is closing its doors on September 4, 2021. The project’s founder, Semyon Germanovich, explained that the main reason for shutting the defi project down is because of the “changing regulatory outlook on cryptocurrency derivatives.”

Defi Project Detoken to Shut Down Operations on September 4

In December 2020, Bitcoin.com News reported on the defi platform called Detoken, a project that allowed users to hedge or long their bitcoin cash (BCH) in a noncustodial fashion. At the same time, the firm at General Protocols launched the Anyhedge technology and the protocol was leveraged by the Detoken platform. Semyon Germanovich explained on Saturday that the Detoken platform was sunsetting the project over regulatory concerns.

“I’m saddened to announce that Detoken will be closing its doors on the 4th September 2021,” Germanovich said. “There are several factors that influenced our decision to close the Detoken platform. The main reason is that it’s become increasingly apparent that Detoken’s business model cannot continue to work given the changing regulatory outlook on cryptocurrency derivatives.” Detoken’s founder added:

I’ve always been a firm believer in financial freedom and privacy, but in order to continue operating Detoken in its current form we’d be forced to introduce know your customer identity checks sooner or later. Unfortunately, the sad reality is that all players in the industry will have to make the same hard decisions about changing their business model or introducing these difficult and friction-inducing checks.

The Bitcoin Cash community is now anticipating the benefits of the Smart Bitcoin Cash chain(Smartbch). BCH proponents believe Smartbch could unlock massive potential between the Ethereum (ETH)and Bitcoin Cash (BCH) networks. As time has progressed, the exchange Coinflex revealed that “Coinflex BCH (mainnet) to BCH (SEP20) bridge has been live for an entire week now – with zero issues,” in a blog post announcement. Coinflex added:

We are happy to announce that locking on the BCH chain, releasing BCH (SEP20, the Smartbch format), and going from Smartbch to BCH have all been working smoothly.

On Reddit, subscribers on the subreddit forum r/btc were sad to see Detoken close its doors in a Reddit post added on Saturday. “This is the mail I just received from detoken. Despite this bad news, I still hope, new projects [will] use General Protocols,” one user wrote on the forum.

The developer of the General Protocols project, who goes by the name “Emergent Reasons,” replied to the comment and said: “Thanks for the good wishes. We continue to work hard for BCH, p2p electronic cash.” He also left a link to a blog post called: “A peer-to-peer cash strategy for General Protocols” which can be read via the read.cash blogging platform.

What do you think about Detoken having to close its doors over regulatory concerns toward crypto derivatives? Let us know what you think about this subject in the comments section below.