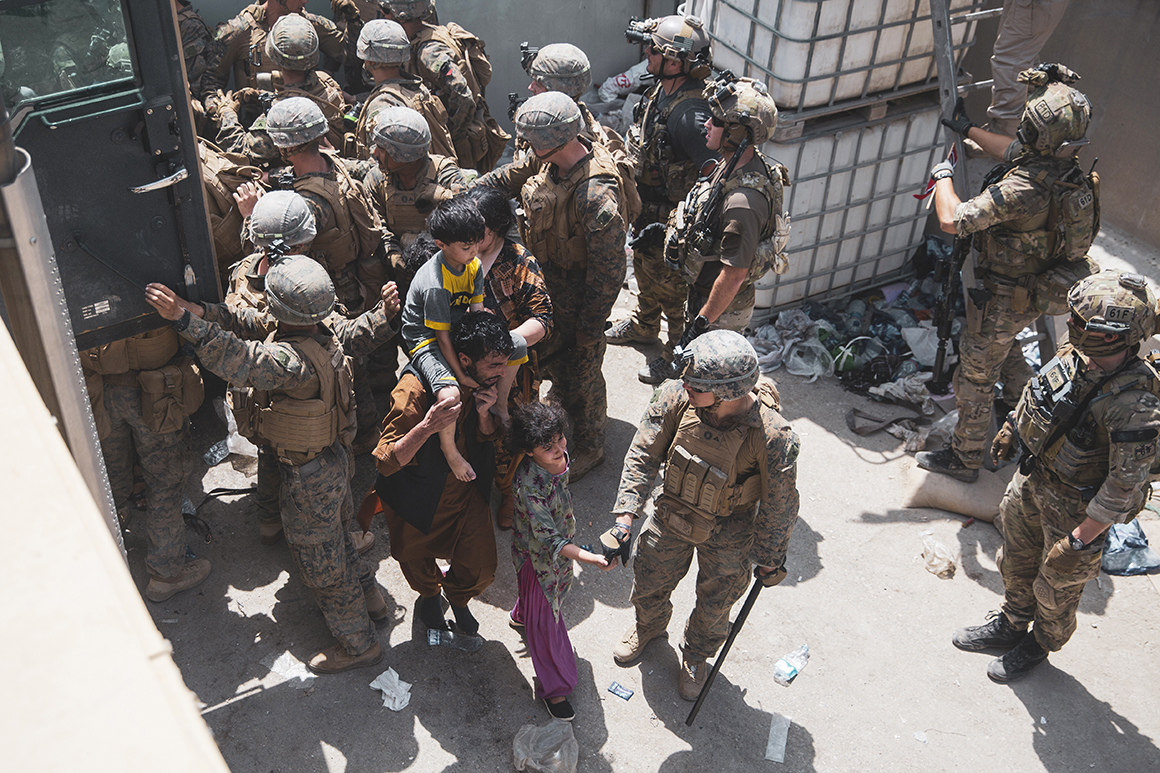 President Joe Biden said on Sunday that access around the international airport in Kabul, Afghanistan, had been extended to facilitate the safe evacuation of thousands of U.S. citizens and Afghan allies from the country.

“These troops and innocent civilians at the airport face the risk of attack from ISIS-K from a distance, even though we’re moving back the perimeter significantly,” Biden said in a speech at the White House, referring to the Central Asia branch of the violent Islamist group. “We’re working hard and as fast as we can to get people out. That’s our mission. That’s our goal.”

But the president declined to go into further detail about what his administration has done to expand the evacuation operations outside of the Kabul airport.

“What I’m not going to do is talk about the tactical changes we’re making to make sure we maintain as much security as we can,” he said. “We have constantly — how can I say it — increased rational access to the airport where more folk can get there more safely. It’s still a dangerous operation, but I don’t want to go into the detail while we’re doing that.”

The president said the Taliban had “been cooperative in extending some of the perimeter.“

The White House later clarified that the Taliban had set up additional entry points outside the outer perimeter to help prevent ISIS-K attacks.

Biden also touched on his administration’s ramped-up efforts to get civilians out of Afghanistan, saying 28,000 people had been evacuated since Aug. 14, and went into detail on the activation of the Civil Reserve Air Fleet, which asks U.S. airlines and charter carriers to assist with the evacuation efforts.

In a turn from his hard-line rhetoric on the topic over the past week, the president took a more empathetic stance toward the situation in his speech on Sunday. But he also reiterated that he still stood behind his decision to go forward with the withdrawal, since “the evacuation of thousands of people from Kabul is going to be hard and painful, no matter when it started, when we began.”

“There is no way to evacuate this many people without pain and loss of heartbreaking images you see on television,” Biden said. “It’s just a fact. My heart aches for those people you see.”

He added that although the U.S. military evacuated about 11,000 people out of Kabul in less than 36 hours over the weekend and that “we see no reason why this tempo will not be kept up,” there was still “a long way to go” and “a lot could still go wrong.”

Biden said that while he was hoping to meet his self-imposed Aug. 31 deadline for pulling all troops out of Afghanistan, his administration was in talks with the military about possibly extending it to continue the safe evacuation of U.S. citizens and Afghan allies.

On whether the Taliban would agree to an extension, Biden said, “That remains to be seen whether we ask that question.”