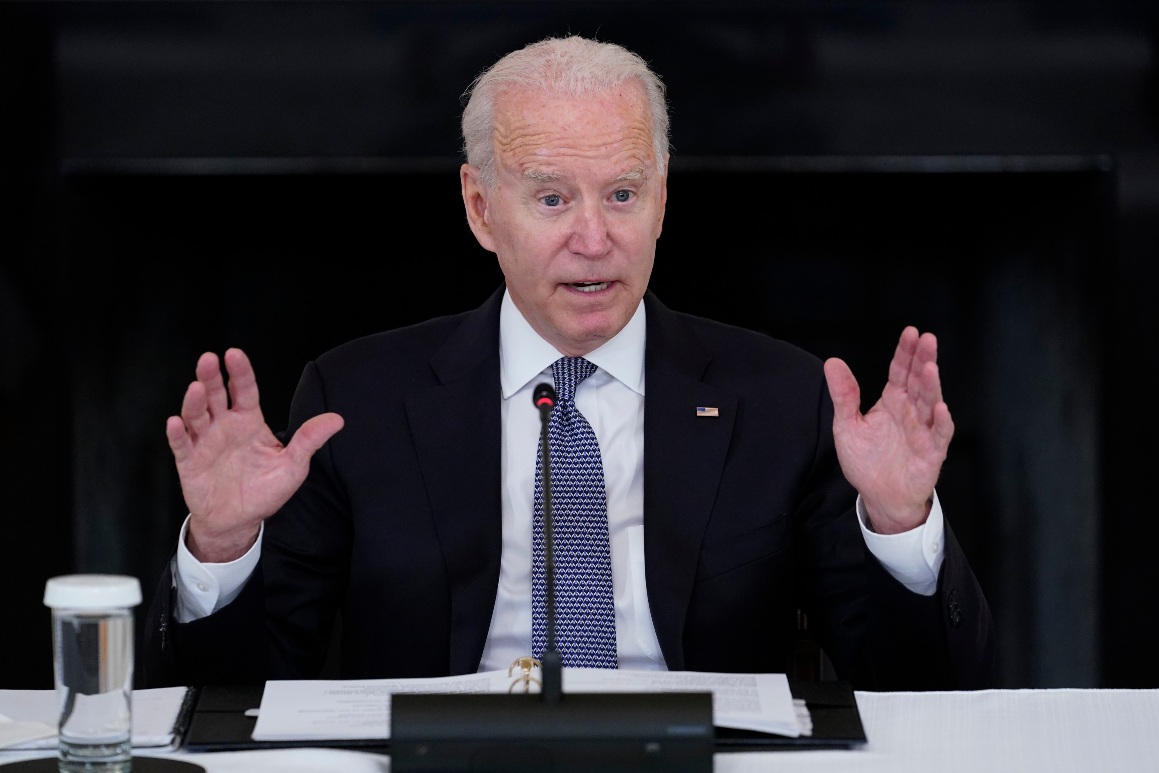 President Joe Biden vows that the bipartisan infrastructure deal would eliminate lead from the nation’s drinking water systems, particularly in low-income and communities of color that disproportionately suffer exposure to the potent neurotoxin. But the $1 trillion legislation unveiled Sunday evening won’t come close to fulfilling that promise.

The bill unveiled by Senate negotiators tags just $15 billion for the lead removal initiative — a fraction of the $45 billion that the White House initially called for to accomplish its signature goal, and far less than the $60 billion that the drinking water industry says it would take.

And half of the money provided by the bill would come in the form of loans that communities have to repay, putting a large share of the funding beyond the reach of many of the communities that need it most.

“What’s needed is at least $45 billion to solve the problem of lead service lines. That, absolutely, is going to be necessary to resolve this issue,” said Erik Olson, head of the Natural Resources Defense Council’s health program.

Olson and other advocates hope the bipartisan bill’s funding is just a down payment for additional dollars that could come from a second, Democrats-only reconciliation bill being prepared by Senate leaders. But it is unclear if the political impetus will be there since progressives are focused on advancing climate goals in a second measure — and because Biden and the White House are declaring that first bill solves the lead problem.

The bipartisan deal “will put plumbers and pipefitters to work replacing all of the nation’s lead water pipes so every child and every American can turn on the faucet at home or school and drink clean water — including in low-income communities and communities of color that have been disproportionally affected by dangerous lead pipes,” Biden said in a statement last week when initial details of the legislation were announced.” 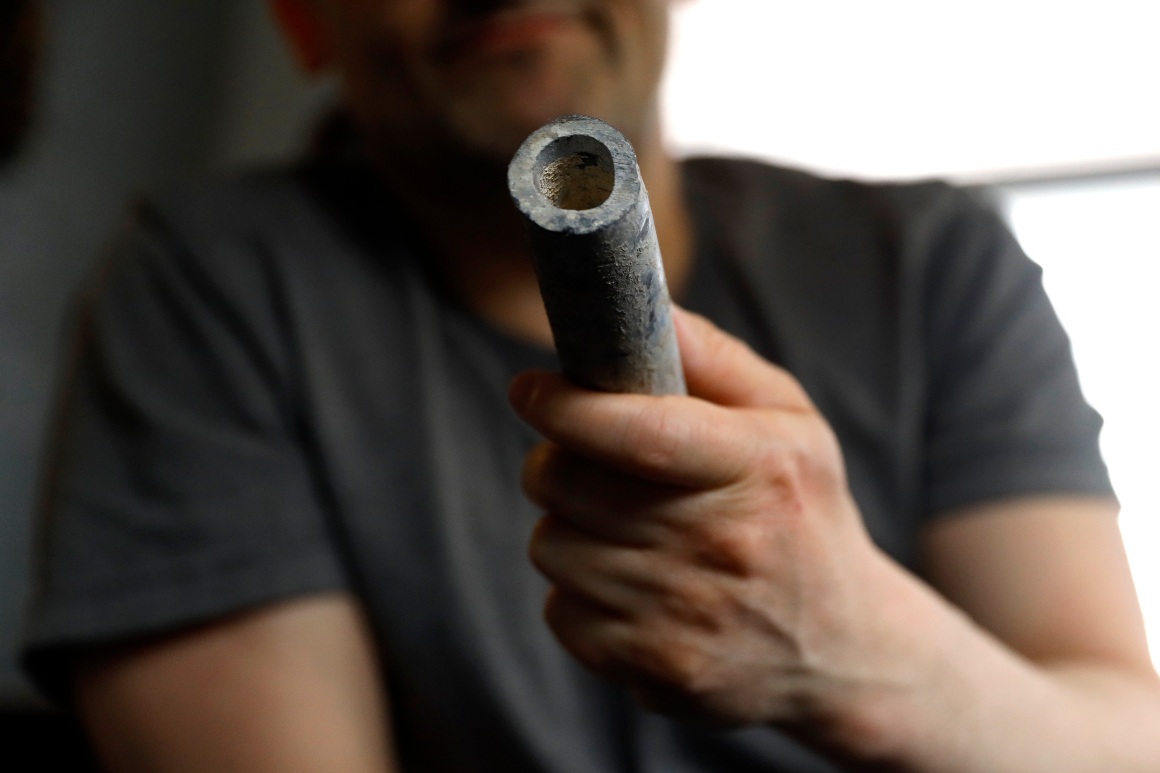 Rep. Peter DeFazio of Oregon, a founding member of the Congressional Progressive Caucus and chair of the House Transportation and Infrastructure Committee, called the president’s claim laughable.

“We’re seeing a lot of spin out of the White House, which is just unbelievable,” he said on a call with reporters last week, noting that the $15 billion senators had said was tagged for lead removal “of course would not replace all the lead pipes.” DeFazio shepherded a major transportation and water bill, H.R. 3684 (117), through the House last month that would provide the White House’s full $45 billion request for lead.

EPA estimates there are 6 million to 10 million lead service lines across the country, but since many communities don’t have maps of which lines are made of which materials, the extent of the lead problem — and the cost of fixing it — could be far higher.

Without full funding, advocates say the low-income communities where lead lines are more likely to be present are apt to end up on the short end of the stick.

According to the text of the legislation released Sunday, half of that $15 billion would be distributed as low-interest loans that communities must repay. The other half would come in the form of forgivable loans, which are typically reserved for disadvantaged communities, although it is unclear in the text whether more affluent communities could compete for that share of the funding.

Small and low-income communities often fare worse in such competitions since they usually have fewer staff and less capacity to prepare applications.

At the same time, language that health advocates say is crucial to protecting public health isn’t in the bill. Experts have found that only partially replacing lead service lines — for instance, just the publicly owned portion — while leaving other lead lines in the system can worsen a lead problem. That’s what happened when Washington, D.C., opted to replace lead in only certain portions of its system following a high-profile contamination in the early 2000s.

The House’s bill included a prohibition on partial lead service line replacements, but the Senate bill does not.

Even without dedicated funding for lead removal, some communities around the country have been moving to eradicate those pipes from their systems. Funding from the federal government’s general loan program for water utilities, the Drinking Water State Revolving Fund, can be used for that purpose. The bipartisan infrastructure deal would infuse that fund with $11.7 billion over the next five years.

Indeed, over the past two years, nine states have transferred nearly $550 million toward forgivable loan programs aimed at removing lead service lines, according to Deirdre Finn, executive director of the Council of Infrastructure Financing Authorities.

But those projects compete for dollars with other water infrastructure needs, such as expansions to support growing communities, upgrades to aging systems and filtration for an array of old and new contaminants. Facing intense political pressure to keep customer rates low, water utilities usually focus on the most pressing projects first. Since the federal government’s drinking water regulations don’t require lead lines to be removed, doing so is not a priority for every system. 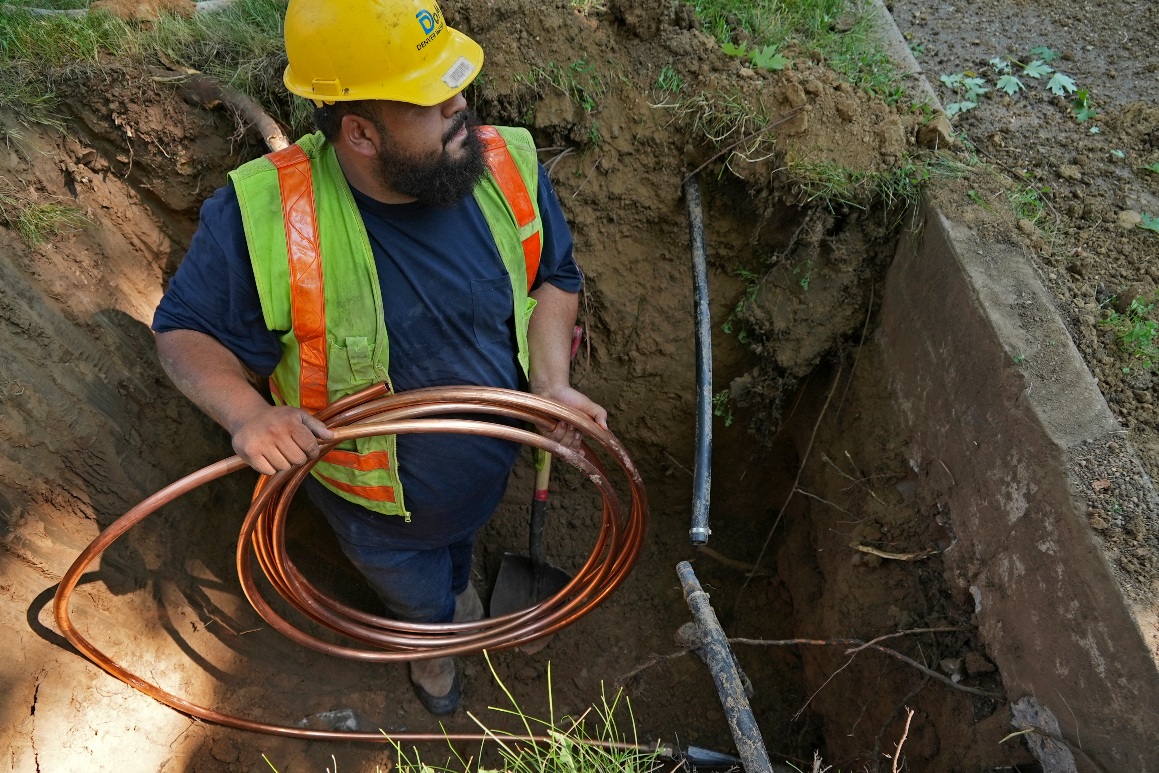 In fact, public health advocates argue that even the incentive of full funding from the federal government for lead removal might not be enough to get the job done unless it’s paired with regulatory stick.

The Trump administration touted its work to overhaul the Safe Drinking Water Act regulation governing lead in drinking water, but in the end retained the three-decade-old framework of relying on treating water to prevent leaching from lead pipes. Water utilities are only required to begin replacing lead lines if that treatment fails significantly enough to cause 10 percent of home samples in a community to exceed the “action level” of 15 parts per billion. Scientists broadly agree that there is no safe level of lead exposure.

The Biden EPA has delayed the Trump rule from going into effect while it reviews the regulation and decides whether and how to revise it. Greens are pushing the Biden EPA to mandate such removal as part of a revamped rule.

“There’s some communities, even if you have money on the table, they may not quickly move forward with a lead service line replacement program, so you need a regulatory incentive to move the utilities in that direction as well,” said Olson, the NRDC public health advocate.