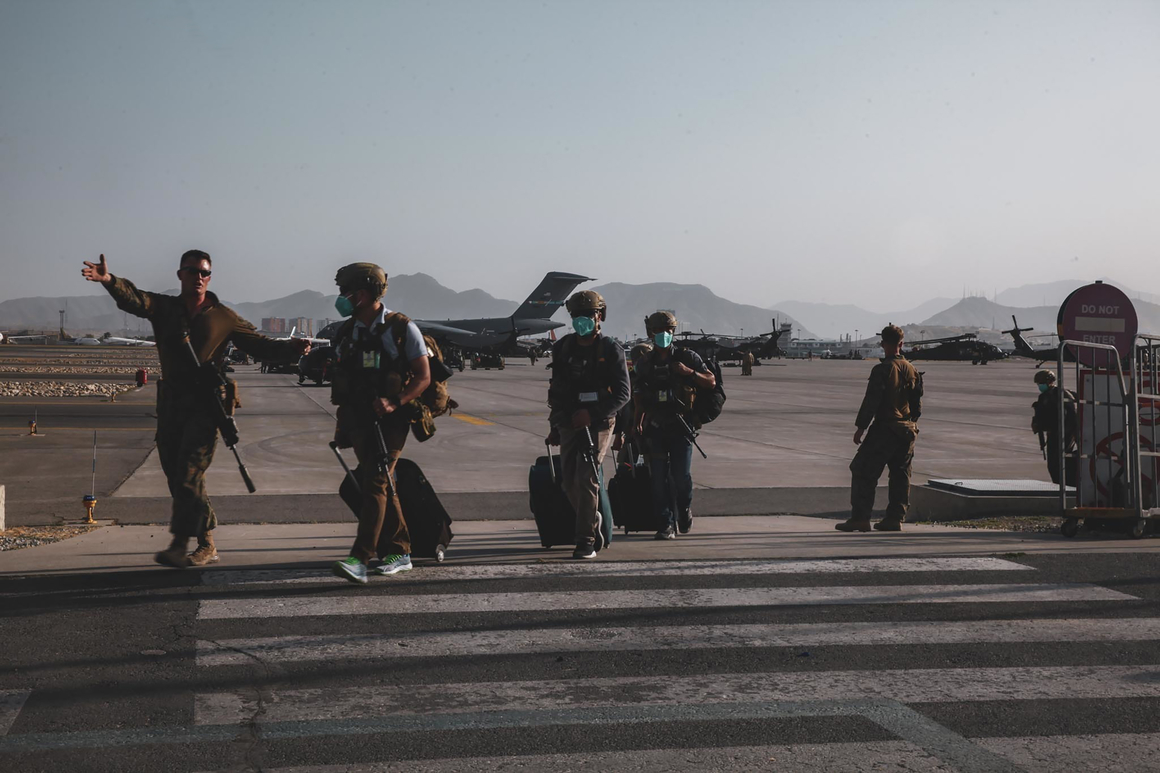 President Joe Biden on Wednesday committed to making sure every American who wants to evacuate Afghanistan gets out, even if that means missing his hard-set deadline of Aug. 31 for the full withdrawal of U.S. troops from the country.

“We’re going to do everything in our power to get all Americans out and our allies out,” Biden told ABC’s George Stephanopoulos in a clip of the interview. The full interview will air on Thursday.

Biden said that if the U.S. could ramp up evacuation numbers to 5,000 or 7,000 a day, it would successfully meet his timeline. The Pentagon said on Wednesday that 2,000 people, including 325 American citizens, had been evacuated over the previous 24 hours.

When pressed on whether Americans should understand that troops might remain in Afghanistan into the next month, Biden told Stephanopoulos that the U.S. was “going to try to get it done before.”

“If we don’t, we’ll determine at the time who’s left,” Biden said before pausing.

“And if there’s American citizens left, we’re going to stay until we get them all out,” Biden said.

The president’s remarks went further than those of national security adviser Jake Sullivan on Wednesday, when Sullivan said he believed that the safe-passage agreement with the Taliban could extend beyond Aug. 31. Pentagon spokesperson John Kirby also declined to say whether the administration would disregard the deadline.

“The mandate by the president is to complete this mission by the 31st of August, and that’s the target we’re shooting for,” Kirby said on Wednesday. “I won’t speculate about any possible different decisions going forward. That would have to be a decision made by the commander in chief.”

Administration officials have rushed to defend this week’s disorderly evacuation, as criticism from both sides piles up. A bipartisan group of 40 House lawmakers on Tuesday urged the president to throw out the timeline as the administration works to ramp up U.S. military flights out of Afghanistan.

Biden defended his administration’s quick withdrawal in Wednesday’s interview, saying there “was no consensus” in the intelligence reports that would have indicated a Taliban takeover in just 11 days.

“The idea that the Taliban would take over was premised on the notion that the — somehow the 300,000 troops we had trained and equipped was just going to collapse, they were going to give up,” Biden said. “I don’t think anybody anticipated that.”

The president grew flustered when Stephanopoulos asked him about the photos of people packed in C-17 planes and Afghans clinging to U.S. military planes in desperation.

“That was four, five days ago,” Biden said. It was actually two days ago.

Biden said the photos told him the U.S. had to move quickly to take control of the airport.

“And we did,” he said, before telling Stephanopoulos he saw no mistakes in his administration’s withdrawal.

“No, I don’t think it could have been handled in a way that — we’re going to go back in hindsight and look, but the idea that somehow there’s a way to have gotten out without chaos ensuing, I don’t know how that happens,” Biden said.