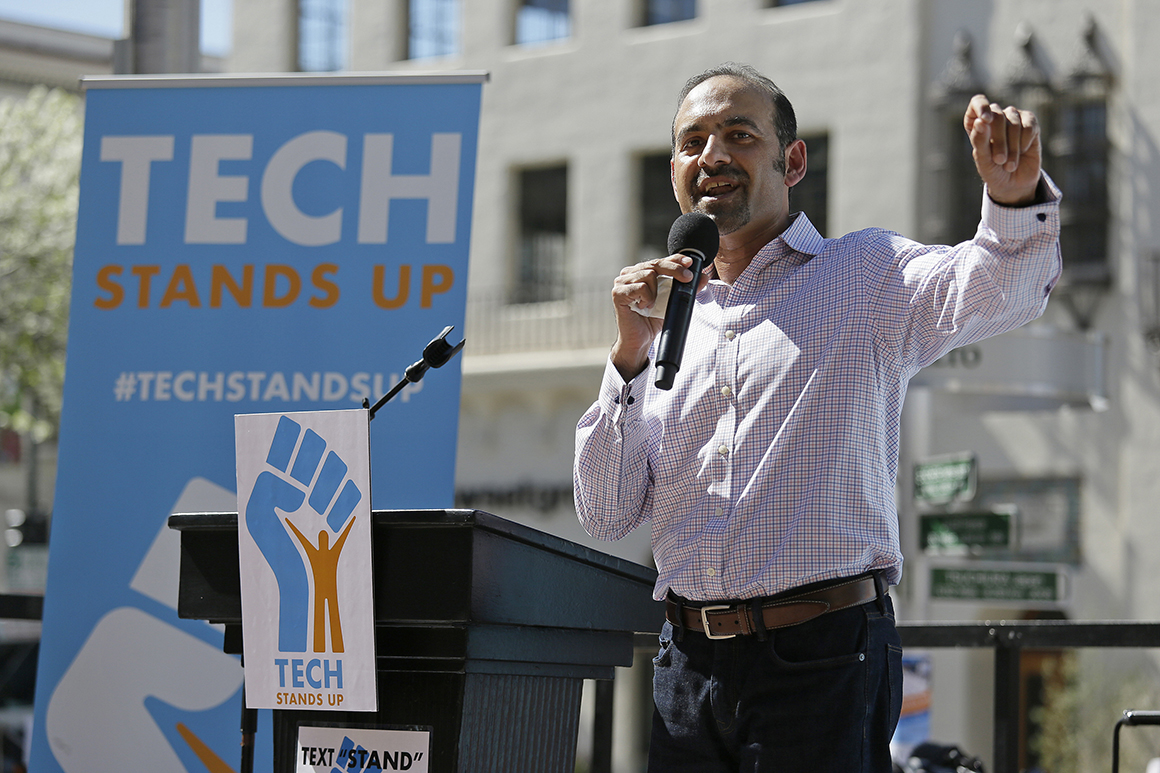 Accusations of Islamophobia and and anti-Israel bias are bogging down the confirmation of an under-the-radar Biden administration nominee who’d be the highest-ranking Muslim in its ranks if he’s confirmed.

The White House tapped Dilawar Syed for the No. 2 post at the Small Business Administration in March, but the Senate Small Business Committee has been unable to advance Syed’s nomination as Republicans criticize what they say is the veteran businessman’s association with an “anti-Israel” Muslim American group.

Religious advocacy groups, including several Jewish organizations, are crying foul. Particularly alarming to some Syed supporters is a June email circulated among Republican committee staff by an aide to Sen. Jim Risch (R-Idaho), a copy of which was obtained by POLITICO. The email notes Syed’s Pakistani roots and his membership on the board of EmgageUSA, a Muslim American nonprofit that “has taken very partisan positions” against actions by the Israeli government.

Risch spokesperson Marty Cozza confirmed the authenticity of the email and said the aide who wrote it was vetting Syed’s background when she “became aware he was an active board member for an advocacy group that has taken inflammatory positions regarding Israel. As is common in the vetting process, she moved forward on sharing Mr. Syed’s information with with Small Business Committee staff who were also reviewing his nomination.”

Religious organizers are denouncing the email — which cites Emgage’s support for criticisms of the Israeli government by Muslim American Reps. Ilhan Omar (D-Minn.) and Rashida Tlaib (D-Mich.) — and other attacks on Syed as xenophobic and Islamophobic. The row has brought hardball partisan tactics to a lower-profile panel normally centered on economic concerns and the wheels of federal bureaucracy — not brawls over foreign policy viewpoints.

“It’s clear that what’s being used against Mr. Syed is insinuation that is trying to exploit anti-immigrant and anti-Muslim animus. And we shouldn’t allow that to stand,” said Rabbi Jason Kimelman-Block, the deputy director of Bend the Arc Jewish Action, a progressive Jewish group.

Farah Brelvi, interim co-executive director of the nonprofit Muslim Advocates, said the circulated GOP email “reeks of the kind of anti-Muslim bigotry that should have no place in our politics or society.”

Emgage issued a statement for this story decrying “partisan attacks” on Syed and suggesting they were motivated by his faith: “We do not believe in a religious test for leadership.”

While the back-and-forth continues, Republicans have all but brought activity to a halt at the Small Business panel. They boycotted the committee’s last attempt to advance Syed’s nomination in mid-July and have prevented Democrats from establishing a quorum for other panel work.

Small Business Committee Chair Ben Cardin (D-Md.) said in a brief interview that he wanted to press forward on Syed’s nomination and said Republicans’ attacks on the nominee were “ridiculous.”

“We’ll have another meeting,” Cardin said. “But I’m going to give [Republicans] a chance to be able to cooperate with us. I’ve asked Mr. Syed for a little bit of time. I’d like to see him confirmed.”

Cardin said the Biden administration had reached out to senators in an effort to break the logjam over Syed, but Republicans show no signs of relenting on their blockade or permitting other committee business.

Sen. Josh Hawley (R-Mo.), who had led Republicans in opposing Syed, said in a brief interview he was concerned about Syed’s connections to a group the Missouri Republican said had made “antisemitic statements” — an apparent reference to Emgage — and would continue to withhold a quorum from the committee “until we can get some answers.”

Hawley and other Republicans have demanded another hearing be held on Syed’s affiliation with the Muslim advocacy group, which ran a multistate engagement effort to turn out Muslim voters in the 2020 election. President Joe Biden spoke to a virtual event hosted by an Emgage political affiliate during his campaign last year.

“Until we can get some answers on that at least, then I’m not gonna vote for — I’m not gonna provide a quorum,” Hawley said, adding that “I’m shocked that they haven’t withdrawn his nomination. I really am.”

The White House, meanwhile, stood by its nominee. “Syed, who has lived the American dream as an immigrant and as the CEO of a small start-up, is well-equipped to help small businesses continue to create jobs, and his confirmation shouldn’t be held up by little more than partisan politics,” said White House spokesperson Chris Meagher.

Syed, a businessman who is currently the CEO of a healthcare AI and analytics company, has also served on the White House Initiative for Asian Americans and Pacific Islanders, among other civic leadership roles. In his late-April confirmation hearing, Syed promised lawmakers he would lead the agency “with urgency and purpose” and would draw on his past entrepreneurial and civic experiences as the agency helped pull small businesses out of the pandemic.

Adding to the blockade by committee Republicans are their complaints about the Small Business Administration’s granting of Paycheck Protection Program loans to Planned Parenthood affiliates, a reversal of its policy under former President Donald Trump’s administration.

Sen. Rand Paul (R-Ky.), his party’s top member on the Small Business panel, said in an interview that he would also withhold a quorum from the committee while they tried to get more information from the agency on the loans.

“We’re still fighting over it right now and trying to get more information,” Paul said. The Republican members of the committee said at the end of July they would not allow a vote on Syed until the SBA took action on the loans.

“I have not heard any legitimate opposition to Mr. Syed himself,” Cardin said, describing GOP resistance as a “moving target,” between objections to the nominee’s advocacy work with Emgage and the concerns about Planned Parenthood.