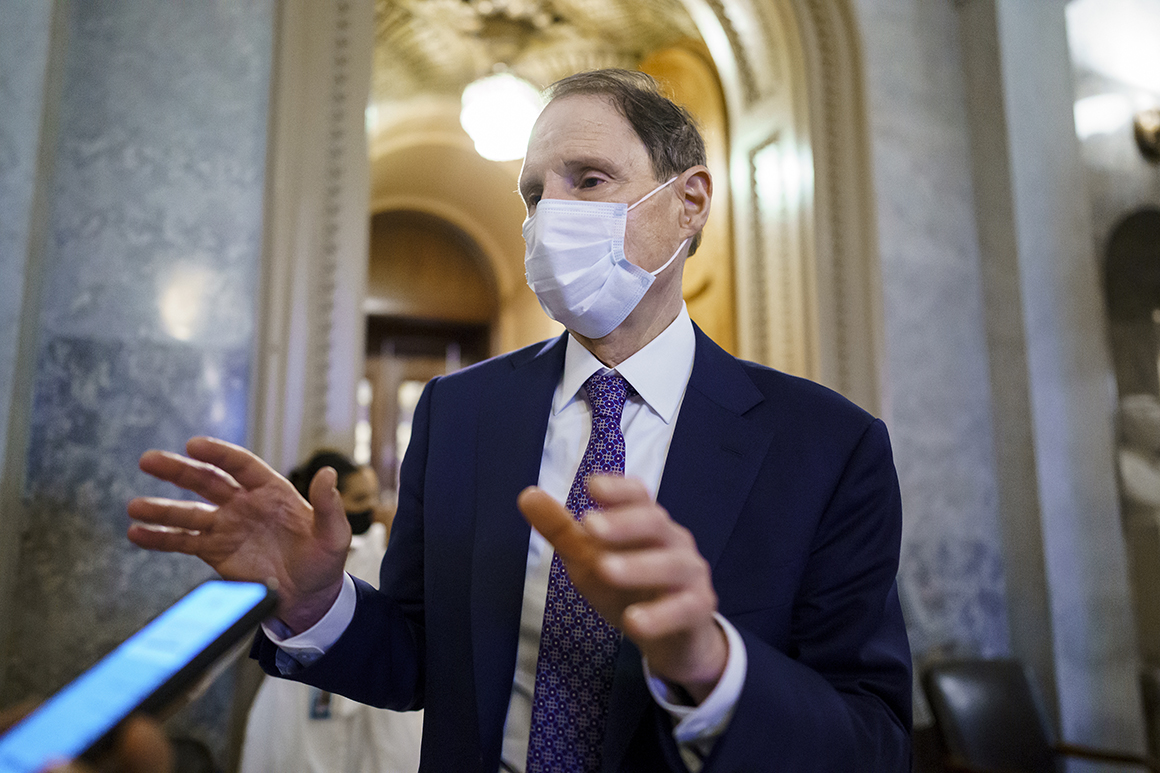 The bipartisan infrastructure deal embraced by President Joe Biden and shaped by a gang of 10 senators is inching closer to clearing the chamber, with one more filibuster to clear on Sunday before the bill can pass later this week and land in the the House.

Absent a deal to speed up the legislation and consider more amendments, the Senate is slated to vote shortly before 8 p.m. on Sunday to close down debate on a bill that sends $550 billion in new money into the nation’s physical infrastructure. After that, Senate passage of the bill is slated for sometime Tuesday, unless agreement is reached among all 100 senators to speed it up. A 50-hour budget debate and an unlimited vote-a-rama on nonbinding but politically symbolic topics will follow immediately after.

Both parties are still trying to negotiate amendments changing the infrastructure bill’s cryptocurrency regulations and allowing coronavirus aid money to be spent on infrastructure, but there was no deal to be had as of Sunday afternoon. Conservative detractors of the infrastructure agreement have no leeway to stop the bill from passing, only to delay it — 18 Republicans voted to advance the legislation on Saturday, signaling that it has filibuster-proof support.

Even so, Sen. Bill Hagerty (R-Tenn.) said he would not allow the bill to pass more quickly, dampening the Democratic majority’s enthusiasm for allowing the GOP to have more amendment votes. The Senate has considered 22 amendments to the bill thus far, but attempts to vote on two dozen more fell apart on Thursday night after Hagerty refused to expedite the bill as a condition of the deal.

“Democrats are ready and willing to vote on additional amendments to the bill before moving to final passage. … That will require the cooperation of our Republican colleagues. I hope they will cooperate so we can move more quickly. Otherwise we’ll proceed by the book and finish the bill,” Majority Leader Chuck Schumer said. That would set up a final passage vote later this week, likely on Tuesday.

Once the bill is done, its future is uncertain in the House. Democratic moderates are already pressuring Speaker Nancy Pelosi to take the legislation up immediately, though Pelosi and many progressives want to wait until a Democratic-only social spending bill also passes the Senate. That bill cannot be filibustered by Senate Republicans in the evenly split chamber.

Pelosi and Schumer have devised a two-track process to enact as much of Biden’s domestic agenda as possible, pledging that the bipartisan infrastructure bill will only advance if it is married to the party-line legislation that will spend as much as $3.5 trillion on climate change action, paid leave policies and health care expansion.

The Senate will immediately proceed to a budget setting up that massive bill on filibuster-proof ground after it completes its work on the bipartisan infrastructure bill. Schumer is also considering forcing votes on more elections legislation after Democrats’ sweeping overhaul plan failed in June.

And senators are still trying to tie up loose ends on the bipartisan infrastructure bill, including narrowing new cryptocurrency reporting requirements that partly finance the new spending on roads, bridges and broadband. Sens. Alex Padilla (D-Calif.) and John Cornyn (R-Texas) are also trying to loosen restrictions on coronavirus aid money so that states and cities can spend it on infrastructure.