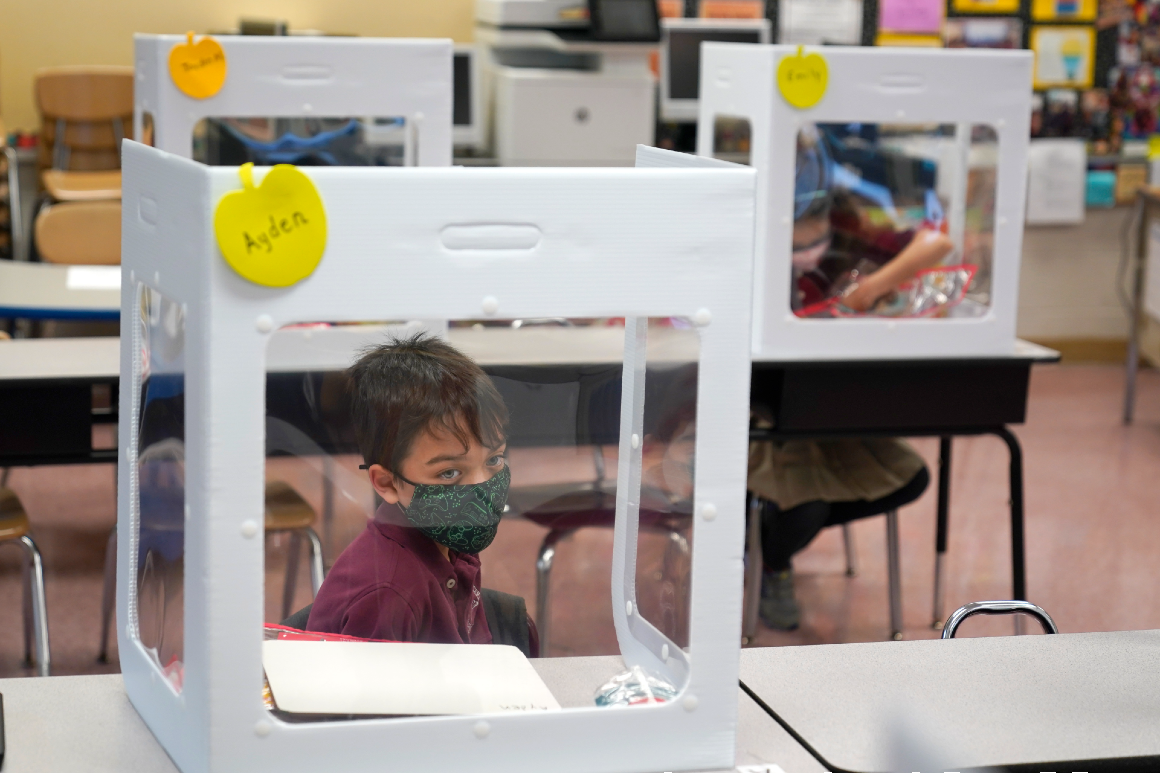 There‘s no law or policy in New Jersey that mandates teaching kindergartners about sex acts. But in the heat of the gubernatorial campaign, a casual observer might believe there is.

Some Republicans have recently conflated two laws that require teaching about diversity and historical contributions of LGTBQ people with new sex education curriculum requirements for middle-schoolers, sometimes going as far as to claim or imply that New Jersey’s youngest school children are being taught about sexual acts.

What started as a refrain among socially conservative activists last winter has worked its way into New Jersey’s gubernatorial campaign as some Republicans — including GOP nominee Jack Ciattarelli and his running mate, former state Sen. Diane Allen, and their allies — have keyed in on some social issues to portray the policies of Democratic Gov. Phil Murphy, an unabashed progressive, as out of step with mainstream voters.

The controversy is reminiscent of the national fight over “critical race theory,” a college-level framework many activists have equated with K-12 curriculum that teaches about the effects of racism.

Ciattarelli, a former member of the General Assembly who built a reputation as a moderate but has taken a rightward turn during the gubernatorial campaign, is facing an uphill battle to unseat Murphy in deep-blue New Jersey. A Monmouth University poll released Wednesday shows Ciattarelli trailing Murphy by 16 percentage points.

In 2019, Murphy signed a bill requiring that middle and high school students be taught about the societal contributions of LGBTQ people and the disabled. Earlier this year, Murphy signed into law another bill mandating that schools highlight and promote “diversity of gender and sexual orientation, race and ethnicity, disabilities, and religious tolerance” to students in grades K-12.

There are links between the effort to teach acceptance of LGBTQ people and the sex education requirements. The new learning standards, which are modeled on proposed national standards, include some information about LGBTQ people that was not included in the last set of standards released during former Republican Gov. Chris Christie‘s administration. For instance, they say students should be able to “differentiate between sexual orientation and gender identity” by the end of grade 5.

Republicans aren’t alone in mentioning the LGBTQ-inclusive learning standards in the same context as sex education.

“New Jersey is the second state to mandate LGBTQ-inclusive curriculum for students in 6th through 12th grade that acknowledges the social, political, and economic contributions of the LGBTQ community,” Bianca Mayes, health and wellness coordinator for Garden State Equality, the state’s major LGBTQ advocacy group, said in a statement at the time of their adoption. “At Garden State Equality, we support LGBTQ students having access to comprehensive sex education. Now more than ever, we must ensure that every student’s full identity is represented in the Sex Education Standards.

“We must include race, gender identity, gender expression, and sexual orientation in the curriculum to help our students make informed decisions about their health,” she said.

Those standards were issued almost a year before Murphy signed the bill that mandates teaching kindergartners about diversity and inclusion. The bill initially called for putting the information in the state’s learning standards on physical and health education, but that was excised as soon as it began moving through the Legislature.

Elizabeth Ginsburg, executive director of the Garden State Coalition of Schools, a lobbying group for more than 100 school districts, said there’s been “inflammatory rhetoric” on the topic.

“I have heard it many times from many people who have no acquaintance with the New Jersey state learning standards where this is all set forth. They have no acquaintance with the LGBTQ education. They don’t know the distinction between standards, curriculum and instruction,” Ginsburg said in an interview. “I don’t know of any school in New Jersey that’s teaching kindergartners about explicit sex acts.”

Symanski’s comments during Saturday’s radio interview were made while defending statements Allen, the GOP candidate for lieutenant governor, made earlier during the same broadcast.

When Allen — who as a member of the state Legislature was one of just two Republican senators to vote in favor of same sex marriage in 2012 — was asked about the LGBTQ curriculum requirements, she said, “I’ve talked it over with my friends who are gay who say, ‘You know, we don’t really like that idea.’ My gosh, teaching sixth, seventh, eighth graders to describe things that I’m not going to get into on the radio.”

Her response could be seen as a factually accurate critique of the sex ed curriculum standards, had she been asked specifically about them. But the question was about the LGBTQ education laws, which call for things like encouraging “safe, welcoming, and inclusive environments for all students regardless of race or ethnicity, sexual and gender identities, mental and physical disabilities, and religious beliefs“ and “the political, economic, and social contributions of persons with disabilities and lesbian, gay, bisexual, and transgender people.”

The highest profile controversy over the education standards came from Ciattarelli after Democrats leaked a video of him saying he’d roll back the LGBTQ curriculum requirements.

“We’re not teaching gender ID and sexual orientation to kindergartners. We’re not teaching sodomy in sixth grade. And we’re going to roll back the LGBTQ curriculum. It goes too far,” Ciattarelli said during a campaign appearance at a gun range in Hunterdon County.

Ciattarelli pushed back on the criticism. He said he used the word “sodomy” to refer to “mature content being taught to young children” — presumably referring to the sex education standards — and not the LGBTQ requirements. It’s not clear if Ciattarelli was specifically asked about the sex ed standards since the audience member’s question he was answering was not included in the video clip.

Murphy responded to Ciattarelli’s remarks by telling NJ Advance Media they were “classic us vs. them” and “not consistent with our values as a state or, frankly, as a country.”

“Neither Jack nor Diane, no matter how many people want to spin it that way, have said anything against the gay community,” Ciattraelli spokesperson Stami Williams said in a phone interview this week. “We are talking about school curriculum — explicit sexual acts that it should be left to parents to have conversations with, in elementary and middle school.”

The conflation of the laws and sex ed standard dates back at least to December, when Republican state Sen. Joe Pennacchio, in a press release about the bill to mandate teaching diversity and inclusion, stated, “The requirements under the bill include gender identity and sexual alternatives instruction.”

The bill and subsequent law do not mention “sexual alternatives instruction.”

Pennacchio’s press release was picked up by some conservative media.

“Democrats Pass Bill For Sex Education In Kindergarten In New Jersey,” read a headline on the website Shore News Network.

Pennacchio said in an interview this week that the point of the amendment was to protest how the bill was so open-ended, and that it had initially only applied to sixth grade and up but was amended to apply to all students.

“My intent was to show the absurdity of making it so open-ended that you could potentially teach four or five year olds about oral sex,” he said.

Christian Fuscarino, executive director of Garden State Equality, said he believes the sex ed standards and LGBTQ curriculum requirements are being “lumped together to illicit outrage by a group of people who would otherwise be more understanding if they knew the truth of what’s actually being taught.”

“A lot of times, anti-LGBTQ people will sexualize same-gender relationships. So if you’re reading a book to a kindergartner about two male penguins that are raising a baby penguin, anti-LGBTQ folks will sexualize that and say that we should not be teaching kindergartners about gay sex when the reality is that that story-telling mimics stories about heterosexual partners and relationships,” Fuscarino, whose organization has endorsed Murphy for reelection, said in a phone interview.

Since the sex education standards say students must be able to identify types of sex “by eighth grade,” Ginsburg, of the Garden State Coalition of Schools, said it’s “theoretically” possible some kindergarten teachers could take it upon themselves to teach it. But that is unlikely to happen, she said, as community outrage would put pressure on school administrators to stop it.

“There would be immediate complaints that the administration would have to deal with,” she said. “I just don’t see it happening.”‘