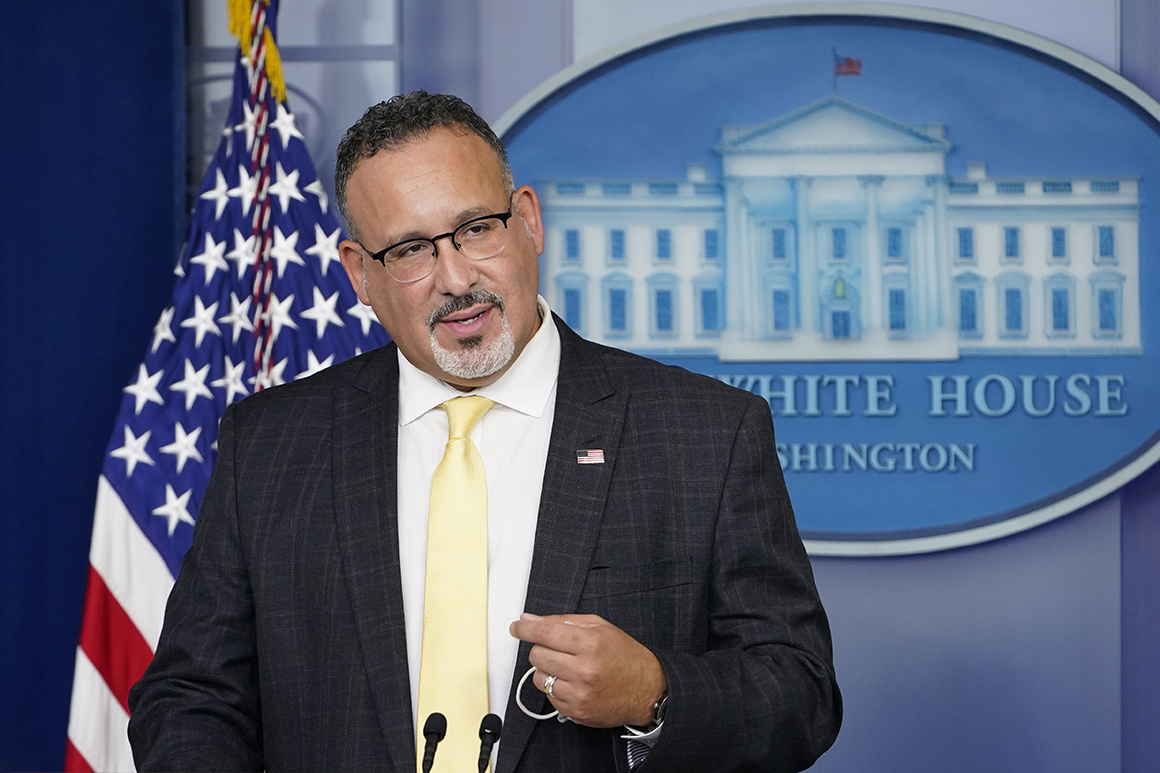 Education Secretary Miguel Cardona on Wednesday said he supports mandating the Covid-19 vaccine for teachers and other school staff, as districts across the country prepare to begin another school year shaped by the pandemic.

“I would favor the vaccine being required,” Cardona said during a virtual National Press Foundation event, adding that he believes some reluctant adults will change their minds once the FDA fully approves the shots.

Cardona stressed that he believes the Covid-19 vaccine is safe.

“I wouldn’t have gotten the vaccine or had my children get it if I questioned whether or not it was safe,” said Cardona, speaking about his teenage children, who attend high school in his home state of Connecticut.

Cities including Denver, Washington and San Jose have already mandated that teachers and school staff get their shots before school starts, and California Gov. Gavin Newsom is expected to announce today that all teachers must get the vaccine or submit to regular testing.

Cardona’s stance on mandates has sharpened since he spoke about them over the weekend on CBS’ “Face the Nation.” At that point, he was urging teachers to do their part and get their shots voluntarily.

Earlier this week, the American Federation of Teachers, one of the nation’s largest teacher’s unions, revisited its opposition to educator vaccine mandates.

“As a matter of personal conscience, I think that we need to be working with our employers, not opposing them, on vaccine mandates,” AFT President Randi Weingarten said Sunday on NBC’s “Meet the Press.”