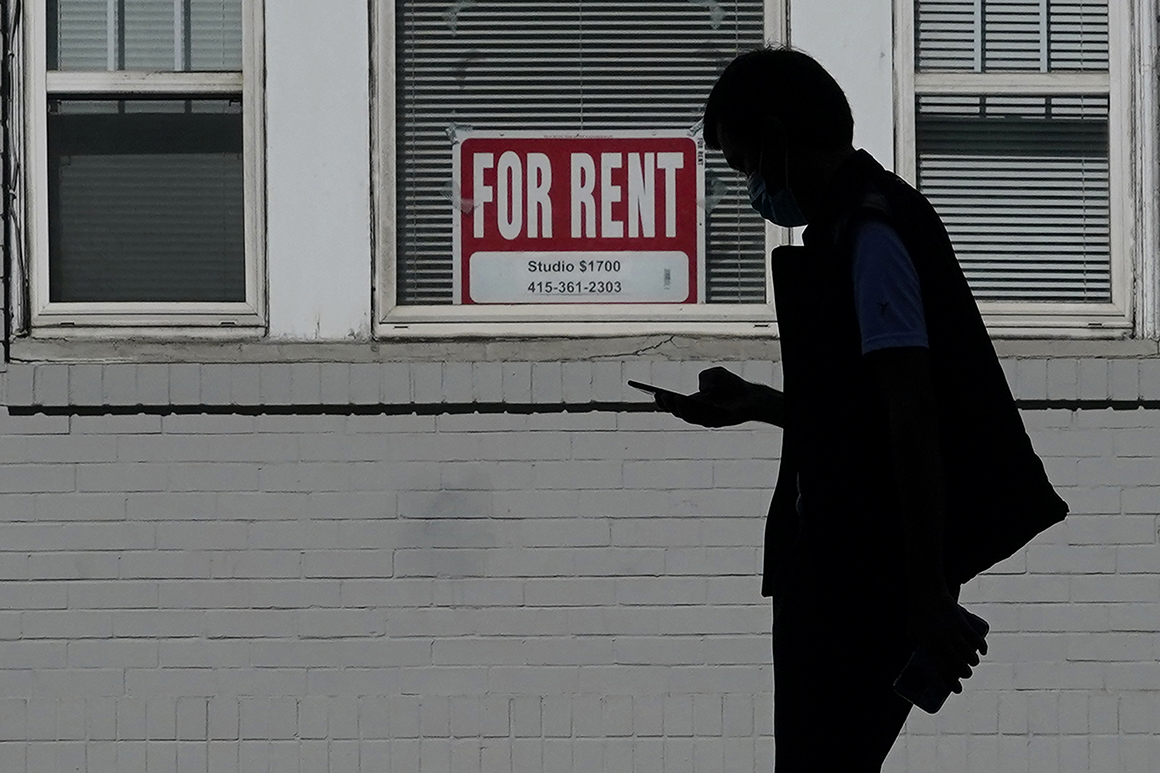 The Biden administration on Tuesday announced a new, targeted federal eviction ban to replace the one that expired over the weekend, setting up a potential clash with the Supreme Court.

The Centers for Disease Control and Prevention’s new ban will apply to “counties experiencing substantial and high levels of community transmission levels” of Covid-19 and will last until Oct. 3, the agency said.

President Joe Biden had earlier Tuesday teased the announcement to reporters while cautioning that “any call for a moratorium based on the Supreme Court’s recent decision is likely to face obstacles.”

The announcement comes after a dayslong standoff with Congress in which Speaker Nancy Pelosi and other top Democrats, along with progressives led by Rep. Cori Bush of Missouri, waged an intense public campaign to goad the White House into action.

The new ban would give state and local programs additional time to distribute rent relief and to increase vaccination rates, the agency said. The moratorium is expected to affect 80 percent of counties and 90 percent of the U.S. population, according to Democrats familiar with the details.

Biden said on Tuesday he had sought out constitutional scholars to determine the CDC’s legal authority and “what could they do that is most likely to pass muster constitutionally.” The “bulk” of the scholarship reviewed by the White House said additional action by the CDC would not pass muster in the courts, Biden said, adding that there were some “key scholars” who said it could.

On Monday, the White House put the onus on governors and mayors, saying the CDC couldn’t find any legal authority to act even after Biden had asked the agency on Sunday to explore every tool at their disposal.

CDC Director Rochelle Walensky on Tuesday linked the agency’s abrupt about-face to the rise in recent weeks of the highly transmissible Delta variant.

“The emergence of the delta variant has led to a rapid acceleration of community transmission in the United States, putting more Americans at increased risk, especially if they are unvaccinated,” she said in a statement. “This moratorium is the right thing to do to keep people in their homes and out of congregate settings where COVID-19 spreads.”

Democrats had pushed for such a resolution.

“I don’t buy that the CDC can’t extend the eviction moratorium — something it has already done in the past! Who is going to stop them? Who is going to penalize them?” House Financial Services Committee Chair Maxine Waters tweeted on Monday night. “There is no official ruling saying that they cannot extend this moratorium. C’mon CDC — have a heart! Just do it!”

Bush has captured nationwide attention for sleeping on the Capitol steps since the previous moratorium lapsed over the weekend in protest of the administration’s inaction as Pelosi publicly urged the White House to step in.

Biden called Pelosi to inform her of the decision earlier Tuesday, according to two sources familiar with the conversation. The White House also gave progressive leaders on Capitol Hill a heads-up.

Pelosi had reiterated on a private caucus call with Treasury Secretary Janet Yellen on Tuesday morning that it was incumbent upon the administration to find a way to extend the moratorium. But as the Delta variant rages, House leaders expressed concern about further eviction protections beyond Oct 3.

“We still have a problem where we are told that the Senate will not enact legislation so we’ll have to see,” House Majority Leader Steny Hoyer said in an interview Tuesday. “But obviously this is a step forward in giving us some time to see whether or not further legislative action is possible.”

Congressional Progressive Caucus Chair Pramila Jayapal (D-Wash.), who had several days of calls with senior administration officials over the past few days, praised the White House for “responding to the urgency that we presented.”

But Jayapal had previously said in an interview that any CDC ban would need to be bolstered by congressional action.

“The House and the Senate still need to act in case that gets challenged in the courts,” she said. “This is just a different situation than on June 29, when the Supreme Court wrote their opinion.”

“This is a short-term, long-term strategy,” Lee said. “When in fact the moratorium ends, we absolutely cannot be in the same place we are in now. … We need to have some legislation passed in Congress, in the House, especially.”

Democratic lawmakers had stepped up their pressure on the Biden administration after House Democrats failed to marshal the votes to extend the ban in the wake of the White House’s announcement on Thursday that it could not extend it itself.

The White House pinned the blame for its initial refusal to extend the ban on a Supreme Court decision in June that indicated a majority of justices believed the CDC had overstepped its authority when it imposed the moratorium in September. The White House has been wary of future lawsuits that it had feared could gut the CDC’s powers to institute such a moratorium based on public health conditions down the road.