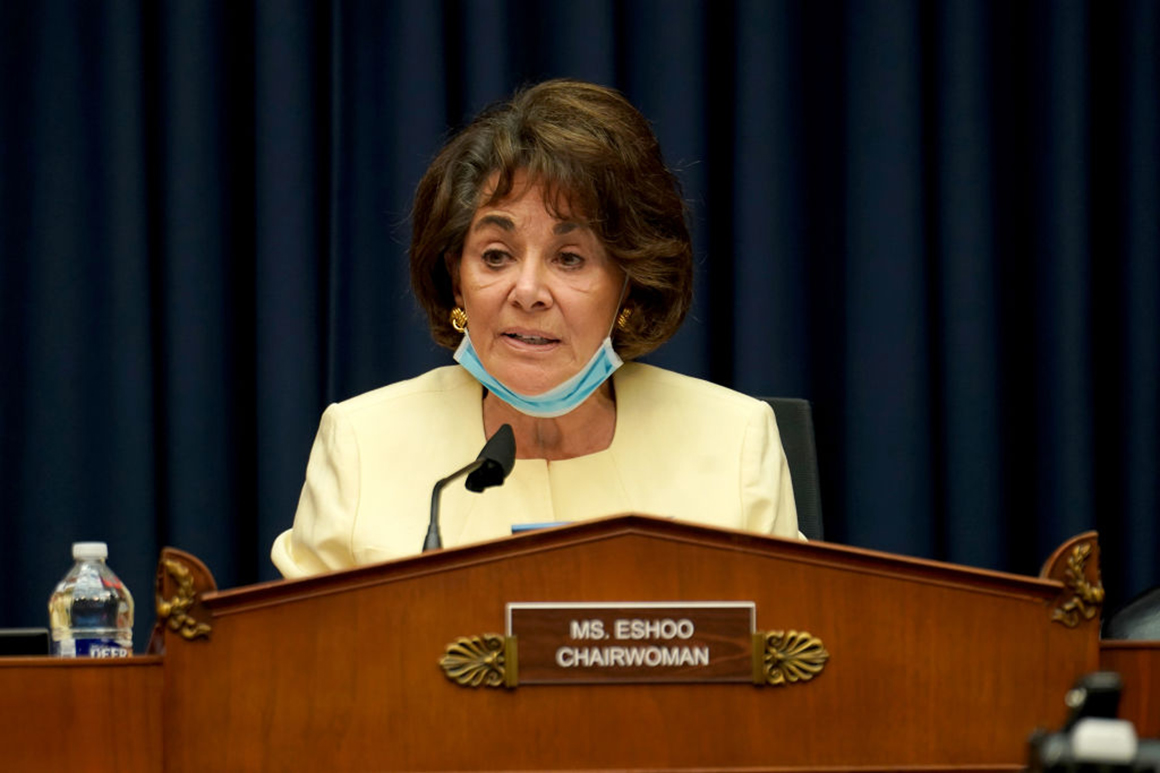 Crypto-friendly House Democrats are plotting a long-shot bid to scale back digital currency tax rules tucked into President Joe Biden’s infrastructure plan, threatening to prolong a lobbying battle that snarled the legislation in the Senate.

At issue in the fight are proposed requirements that would force cryptocurrency exchanges and other firms to report transaction information to the Internal Revenue Service, similar to rules in place for stock brokers. As drafted, industry lobbyists and sympathetic lawmakers say the plan threatens technological innovation and the viability of a growing sector of the U.S. economy.

Leading the charge in the House are California Democrats in the orbit of Silicon Valley, including Reps. Ro Khanna, Eric Swalwell and Anna Eshoo. They’re being joined in the fight by cryptocurrency enthusiasts such as Reps. Bill Foster (D-Ill.) and Darren Soto (D-Fla.), who have already started rallying support to amend the infrastructure bill.

The small but growing coalition, which also includes Republicans, is giving hope to lobbyists who failed to pare back the proposal in the Senate after going toe-to-toe with the legislation’s original negotiators and the White House.

“Members are starting to pay attention,” Soto said in an interview. “There is growing bipartisan support to make sure this language is right.”

The lingering cryptocurrency battle is creating a new complication for House Democratic leaders and the Biden administration. Amending the bill in the House would threaten one of Biden’s highest policy priorities because it would then be sent back to the Senate, which struggled through months of meticulous negotiations and a series of procedural roadblocks to pass it Tuesday. It’s unclear what margin for error Speaker Nancy Pelosi would have to work with, thanks to ambiguous levels of enthusiasm for the bill among progressives and Republicans.

The Biden administration is gearing up to defend the existing proposal, which officials believe gives them maximum flexibility to police the industry. The tax fight comes as Washington scrambles to rein in the booming market for virtual currencies such as Bitcoin and Ether, which have attracted investors enticed by rising prices as well as consumers looking to make financial transactions outside of fiat money like the U.S. dollar.

The cryptocurrency conflict became red-hot in the Senate after industry lobbyists were blindsided by the infrastructure bill provision that would try to increase the volume of digital asset transactions reported to the IRS. The bill’s authors included the measure in an attempt to fund infrastructure projects and address long-running concerns that cryptocurrency traders don’t pay their fair share of taxes.

Digital currency firms and trade groups warned that the proposal was too expansive and would impose new rules on technology players who would be in no position to comply, including software developers and so-called miners who validate transactions and unlock cryptocurrency units.

Crypto lobbyists and their allies — including privacy rights advocates — found some success in persuading lawmakers such as Senate Finance Chair Ron Wyden (D-Ore.) to propose changes to scale back the requirements, but they faced resistance from the senators who drafted the bill and the Biden administration. A last-minute compromise went nowhere as the Senate failed to reach agreement on a final set of amendments. Senate Majority Leader Chuck Schumer pressed ahead with passage of the bill on Tuesday morning.

A growing number of House Democrats are now vowing to finish the job of amending the bill.

Eshoo, who represents Silicon Valley and has served in Congress since 1993, urged Pelosi in a letter Thursday to address what she called “unworkable regulations.” She warned that that the bill’s definition of what constitutes a “broker” — the entity that would have to report transactions to the government — would sweep in cryptocurrency miners and digital wallet developers who don’t know who buyers and sellers are.

Khanna, who also represents the tech hub, said in a separate statement that he supports regulating the crypto industry but the language, as it stands, “picks winners and losers.” 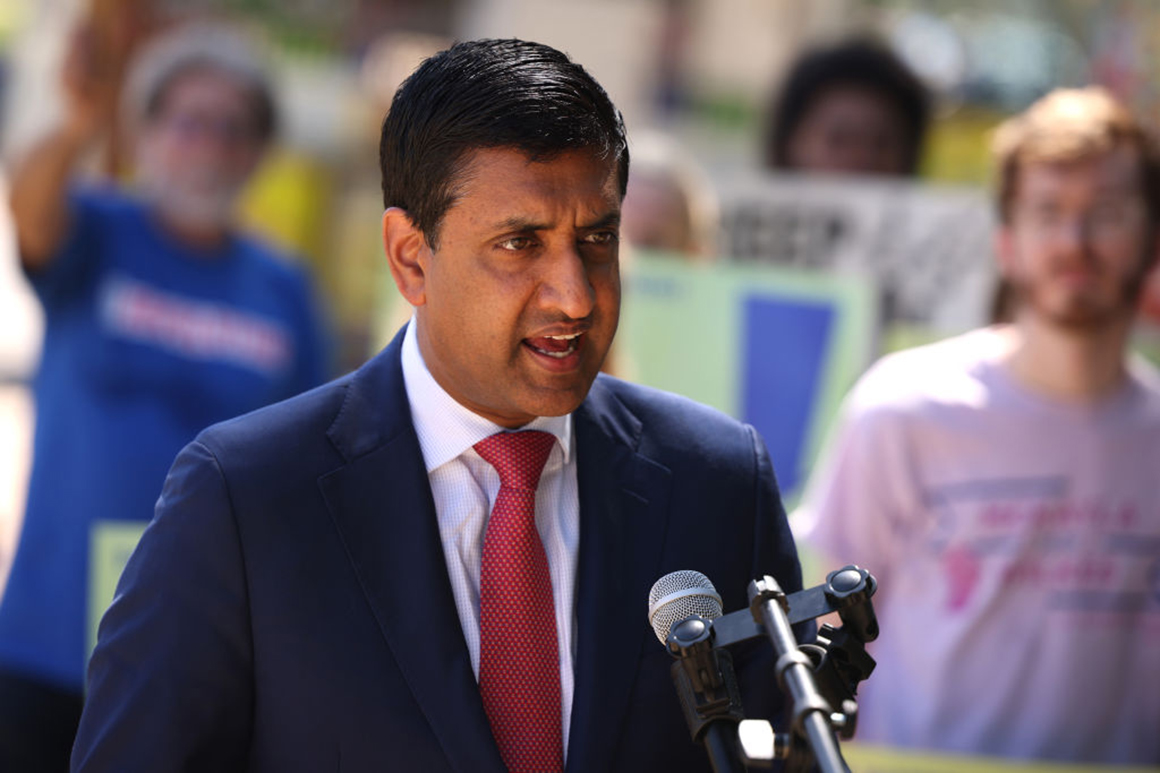 Powerful Silicon Valley investors are among those pressing lawmakers to soften the tax requirements. Menlo Park, Calif.-based Andreessen Horowitz, which operates a .2 billion crypto venture fund, lobbied to amend the bill in the Senate and is now turning to House offices, said Tomicah Tillemann, its global head of policy.

“The fascinating thing is that this is an issue that remains largely pre-political, and you saw that in the way the debate played out in the Senate,” Tillemann said. “Regardless of where you fall on the political spectrum, these technologies can help solve problems that you care about.”

To be sure, it’s an issue that unites many progressives, moderates and conservatives. Khanna is deputy whip of the Congressional Progressive Caucus. Foster and Soto, co-chairs of the Congressional Blockchain Caucus, are also members of the business-friendly New Democrat Coalition. They will likely have backup from top Republicans like Rep. Patrick McHenry (R-N.C.), the top GOP member on the House Financial Services Committee.

“The current language is completely unacceptable,” McHenry said in an interview. “It needs to be fixed.”

A House leadership aide who declined to be named said Pelosi will review the bill’s language. Pelosi, who represents a San Francisco district, has gone to bat for venture capitalists in the past.

The Biden administration is still uneasy with amending the bill. One administration official said Treasury and the White House would be able to live with some exclusions as drafted in the stalled Senate compromise but they prefer the version in the Senate-passed bill because it offers the government more flexibility. The official said it would be risky to add broad exclusions for certain types of crypto players when the industry was still evolving.

The White House will likely be able to rely on a number of outside advocacy organizations close to Democrats to help resist amendments. The Open Markets Institute, a liberal think tank focused on corporate power, is among those pushing back against changes to the crypto provision. It has tried to make the case that exclusions backed by the industry appear aimed at protecting so-called decentralized finance, or DeFi, in which automated, autonomous protocols facilitate lending and trading with minimal human oversight. The DeFi services are of growing concern for regulators who are warning of major risks to consumers.

“We will continue to be pushing to make sure that major market participants in crypto are not explicitly carved out of tax reporting requirements,” Open Markets Institute financial policy director Alexis Goldstein said.

Crypto lobbyists are still figuring out the best strategy for getting the bill changed. They were caught off guard by the initial proposal but now believe they’re better organized going into the House, Blockchain Association Executive Director Kristin Smith said.

“There are a whole new set of lawmakers who are interested in understanding what we do,” Smith said. “I think we have a very receptive audience right now.”

But some lawmakers are considering contingency plans. Soto said cryptocurrency supporters in Congress would try to use “every avenue” to change the tax rules, including potentially through Democrats’ $3.5 trillion budget package or standalone legislation.