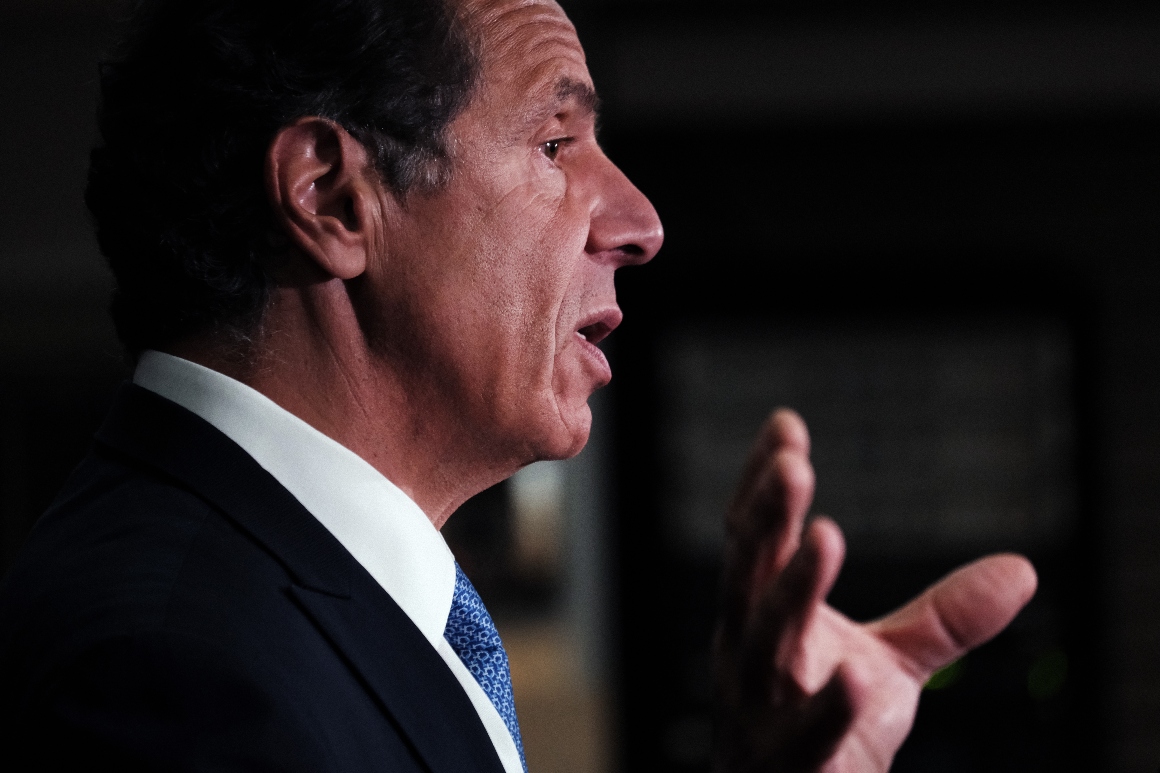 District attorneys in Manhattan, Nassau County, and Westchester County said Wednesday they are reviewing evidence in the case, after the Albany County district attorney announced his own probe on Tuesday.

A report by state Attorney General Letitia James found that Cuomo violated state and federal law, and documented several incidents in which he touched women without their consent. Still, legal experts said criminal charges against the governor are far from a slam dunk.

Manhattan DA Cy Vance Jr. is probing “potential sex crimes” committed by the governor, according to a letter to the AG’s office.

The top prosecutor for Nassau County on Long Island also plans to investigate the governor’s actions.

“Yesterday our office became aware of the final independent report from Attorney General Letitia James’ office regarding Governor Andrew Cuomo’s conduct. As some of the Governor’s conduct described in the report occurred in Westchester County, we have formally requested investigative materials obtained by the AG’s Office,” she said in a statement. “As this is an ongoing investigation, we will not comment further at this time.”

The report by the attorney general’s office documented misconduct in multiple jurisdictions. They include Albany, where the governor lives in the executive mansion and works in the state Capitol; Manhattan, where he has an office; Westchester, where he lived with his former girlfriend in Mount Kisco, and Nassau, where he attended an event.

The governor groped the breast of an executive assistant while she was working at the Albany executive mansion, according to the report. The employee also testified that he touched and grabbed her butt on other occasions.

Cuomo also harassed and touched a state trooper who served on his security detail, according to the AG’s investigation. The trooper — who was assigned to Cuomo’s detail despite the fact she did not meet certain minimum qualifications — initially worked at the governor’s residence in Mount Kisco and was later moved to his traveling team.

The trooper testified that Cuomo kissed her on the cheek outside the Mount Kisco home, ran his hand across her stomach while she was holding a door open for him after an event in Belmont, Long Island, and ran his finger down her neck and spine in an elevator in his Manhattan office.

Cuomo’s actions, particularly his alleged groping of the executive assistant, could constitute forcible touching, a class A misdemeanor under New York law.

“I’ve had situations where prosecutors have brought charges based on the type of groping described, that type of touching. But I wouldn’t say it’s common,” said Kevin Mintzer, an attorney who has represented sexual harassment victims.

“The more common outcome is that while there may be a civil case to pursue, that criminal charges are not brought,” he said. “Ultimately a prosecutor is not going to want to bring a case unless they find a jury is likely to find there’s proof beyond a reasonable doubt.”

The sexual harassment laws that Cuomo was found to have violated by making sexually charged comments and creating a hostile work environment are generally civil and not criminal.

Cuomo has denied many of the report’s findings. “I never touched anyone inappropriately or made inappropriate sexual advances,” he said in remarks released by video Tuesday.

In a letter to the attorney general’s office, Manhattan Chief Assistant District Attorney Nitin Savur requested evidence related to two “potential sex crimes incidents” in Manhattan: his alleged touching of the state trooper at his office, and another incident in which a state employee said he tapped and grabbed her buttocks at an event in New York City.

“In order to properly investigate these potential sex crimes, it is necessary for us to speak with the two victims,” Savur wrote, requesting contact information for the two women. “Additionally, I am requesting that you provide our office with any and all investigative materials pertaining to State Trooper #1 and State Entity Employee #1, as well as material relating to any other incidents which occurred in Manhattan, including but not limited to interview transcripts, interview notes, all witness statements (oral and written), and electronic communications (text messages, emails, Blackberry pins and recorded conversations).”

No police reports have been filed with the NYPD and the department is not involved in any investigaion, Commissioner Dermot Shea said Wednesday in an appearance on PIX 11.

Rocah, the Westchester DA, wrote to James and requested transcripts and other evidence surrounding the state trooper. “I believe it is appropriate for my Office to conduct a further inquiry to determine if any of the reported conduct that is alleged to have occurred in Westchester County is criminal in nature,” she wrote.

“We are conducting our own, separate investigation,” he said in an interview on NBC News. “It’s pretty clear that we have an obligation here, and thus we’ve reached out to the Attorney General’s office seeking all of the evidence which they uncovered.”

But Soares said that while prosecutors have reached out to some of the accusers, they have not been able to get in touch with any of them.

“For any victims who’s out there … please reach out to our office, and we will conduct our investigation as discreetly as possible,” he said.

U.S. Attorneys in Manhattan and Brooklyn declined to comment through spokespeople.

Shannon Young contributed to this report.