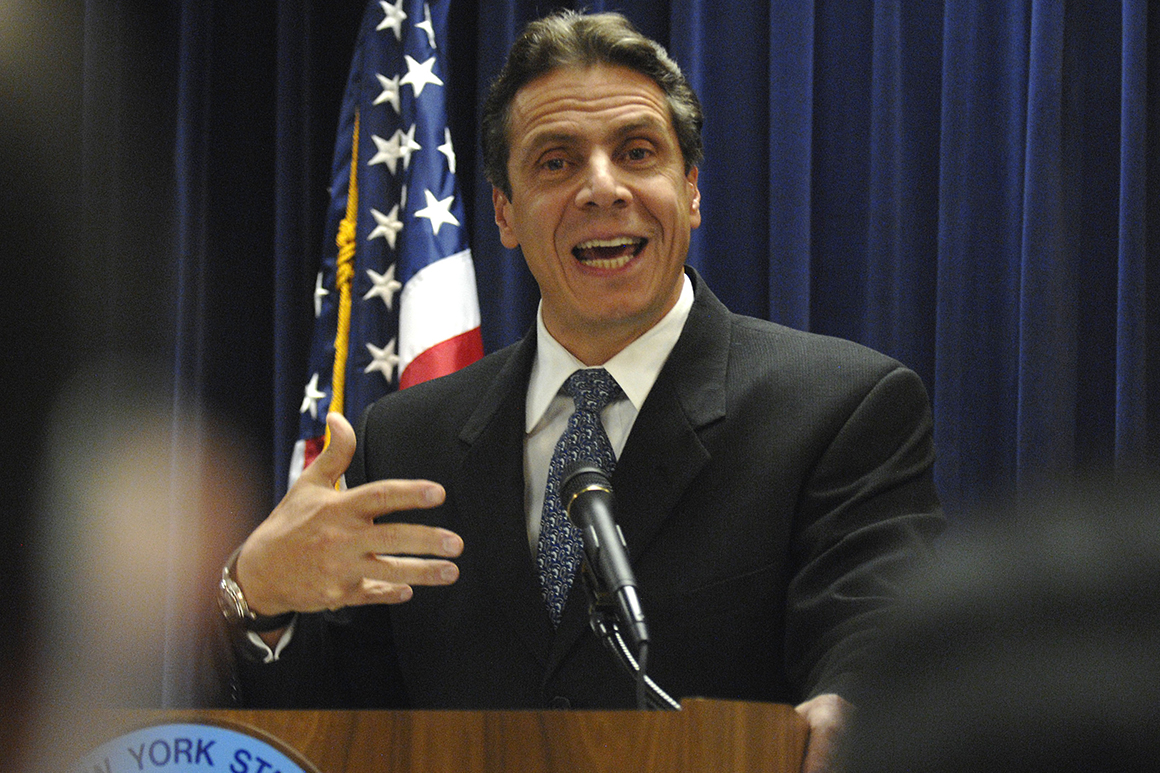 ALBANY, N.Y. — New York Gov. Andrew Cuomo and his top aides and lawyers are picking apart state Attorney General Tish James’ report on Cuomo’s pattern of harassment and mistreatment of women, questioning the procedures for drafting the report and asking questions about people who are referred to anonymously.

It was 14 years ago when Cuomo was the state’s attorney general that he investigated then-Gov. Eliot Spitzer, also a fellow Democrat, for creating information about a Republican legislative leader’s use of state travel resources in what became known as “Troopergate.” Cuomo, using his power as attorney general, made the decision to launch that probe.

Lawyers representing Cuomo and his administration on Friday disparaged the James investigation — and its verification of 11 accounts of sexual harassment — as a political witch hunt and argued during a lengthy virtual press conference that their clients’ versions of the events were not accurately portrayed in the 168-page document. The report detailed a pattern of harassment by the New York governor against 11 women, nine of whom were state employees.

On Saturday, Cuomo’s personal attorney, Rita Glavin, reiterated that position in a prickly interview with CNN’s Pamela Brown, saying lawyers for other witnesses told her the questioning was targeted and counterarguments for some of the womens’ stories were left out.

“That report is shoddy, it was biased, it omits evidence and it was an ambush,” Glavin said on CNN.

It’s near impossible to determine the private motivations of James, the accusers and lead attorneys for the AG’s office Joon Kim and Anne Clark, but there is so far little indication the investigation was blatantly unfair. And longtime Albany observers say tough luck; that’s kind of how these kinds of reports go.

James’ modus operandi to some appeared to be an outsized effort to avoid charges of political bias — and offers a striking comparison to how Cuomo investigated the state executive himself when he was New York’s attorney general, most notably his 2007 probe into Spitzer’s use of state police for political purposes. Spitzer resigned as governor the following year amid a prostitution scandal.

That investigation, which concluded Spitzer’s administration had created and then spread negative information to media about Republican Senate Majority Leader Joseph Bruno’s use of state travel resources, was not launched at the governor’s referral under Executive Law 63(8), which was how James was tasked with her probe in March. Invoking the law meant Cuomo placed responsibility for James and the lawyers she chose to conduct the investigation independent of his office.

Cuomo, publicly at least, made the decision himself to investigate Spitzer, after Bruno — who could not directly order a probe — had requested it. And Cuomo did it through internal lawyers who reported to him, including then-special counsel Linda Lacewell, who is currently the head of the state’s Department of Financial Services. Lacewell, now a longtime Cuomo ally, was named several times in James’ report as part of the effort to discredit harassment allegations.

James, in contrast, appointed two well-known outside attorneys to lead her probe. Cuomo’s aides and lawyers say those picks are biased, pointing to Kim’s close relationship to former U.S. Attorney Preet Bharara, who investigated the Cuomo administration’s shutdown of a commission charged with looking into corruption in state government, as well as his role in the prosecution of former top Cuomo aide Joe Percoco.

“If a lawyer were automatically inappropriately biased because they had previously worked on a matter that involved that subject, no prosecutors could ever investigate the same person twice,” she said in an interview Saturday.

She also called it “insulting” to suggest Kim can’t be fair because of who his friends are, as such a rule “would knock out a huge percentage of the legal community, including Cuomo’s lawyer Rita Glavin.”

Glavin, Bharara, Kim and Rodgers all worked for the Southern District of New York during overlapping time frames.

Cuomo’s lawyers on Friday also objected to the fact that they don’t know exactly who was interviewed in James’ probe, as some of the 179 witnesses were likely informal discussions and just 41 were under oath. Cuomo’s report on Spitzer also didn’t identify each witness, including one of the schedulers from Bruno’s office who testified under oath.

Cuomo’s investigation into Spitzer wrapped up in a speedy 20 days. Indeed it was the swiftness of that investigation’s conclusion that prompted some administration officials to worry this spring that James could release findings in a matter of weeks after her office launched the probe at the beginning of March. James’ probe was released after five months.

But Cuomo’s office pushed back on making comparisons between AG Cuomo’s and AG James’ probes into their respective governors, especially as Cuomo’s investigation into Spitzer was based on a narrow time frame and series of events, while the allegations against Cuomo have spanned multiple years and a lengthy political career.

A person closely involved with Cuomo’s investigation into Spitzer said the office went through the report with Spitzer’s team prior to releasing it. A main complaint from the Cuomo administration about James’ findings is that they were not given advance notice of the final findings or copies of the interviews.

Providing those documents is not an uncommon courtesy, Rodgers said, but she doesn’t think Cuomo’s team was entitled to an advance draft or interview transcripts for James’ report, which on its own is not recommending further action against him.

It will be a different situation with the Assembly investigation, she said, when due process will make it important that Cuomo’s team has the opportunity to see underlying evidence so he can adequately make his case against impeachment.

The attorney general’s office had not, as of Friday, distributed those materials to anyone, but a spokesperson said in a statement they planned to give them on a rolling basis to the Assembly as it pursues its impeachment investigation. On Saturday, James’ office also said it will also turn over applicable materials to law enforcement, including to the Albany County Sheriff’s Office, where one of the accusers filed a complaint.