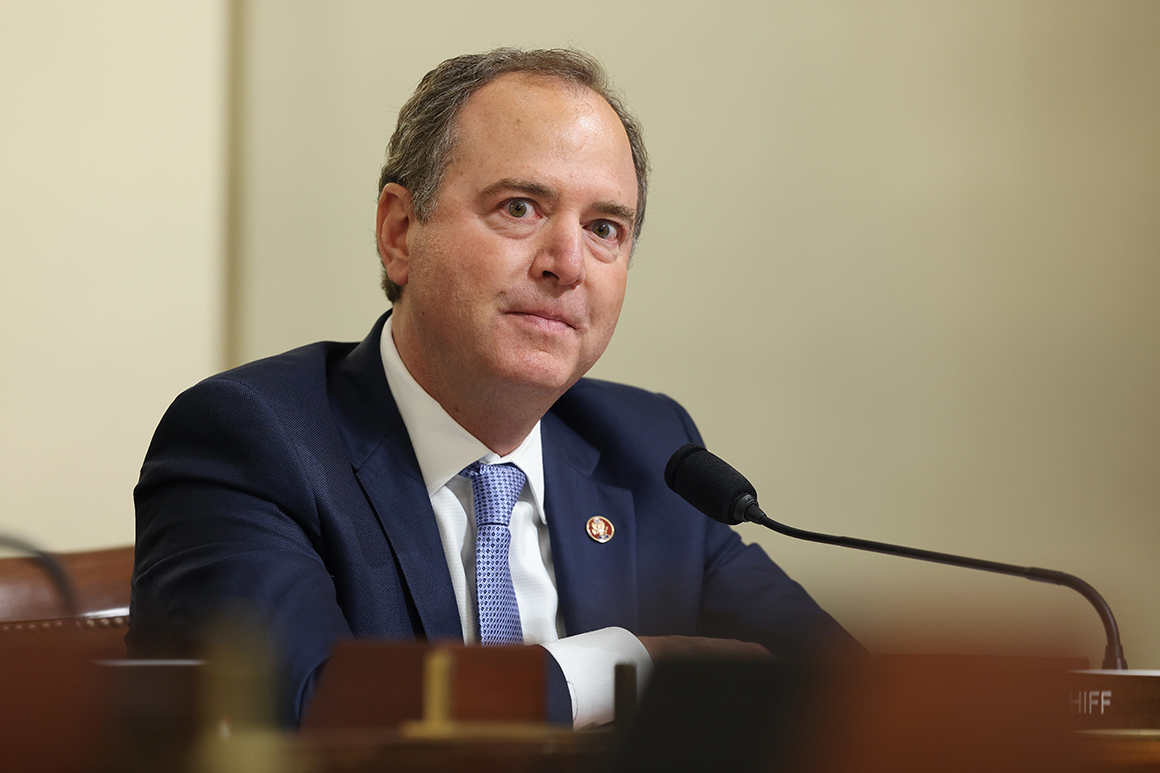 Democratic lawmakers pleaded with Biden administration officials on Tuesday to ignore an Aug. 31 deadline to withdraw all U.S. troops from Afghanistan, arguing that it would be nearly impossible to evacuate all American citizens and Afghan allies from the country before that date.

During a classified briefing with President Joe Biden’s national security deputies, there was bipartisan pushback to the president’s decision to stick with the Aug. 31 deadline even as the Taliban mounts a brutal crackdown and issues new threats.

The Biden team is developing contingency plans for remaining in the country past that date, lawmakers said, but the administration officials declined to provide specific details. Democrats and Republicans largely agreed during the briefing that it was not possible to complete the evacuations of all Americans and eligible Afghans before the end of the month, according to multiple attendees.

“That is not achievable between now and Aug. 31. That deadline has to be extended to get the job done,” said Rep. Jason Crow (D-Colo.), a former Army Ranger who served in Afghanistan. “There shouldn’t be a date on the calendar that dictates when the mission ends. The mission should end when our people are out.”

The pressure campaign ignited as administration officials briefed lawmakers on Capitol Hill this week about the deteriorating situation in Kabul, where the U.S. military is racing to evacuate as many people as possible from the Taliban-controlled country.

Biden has come under heavy scrutiny from members of his own party for not starting the evacuations sooner, especially as the Taliban swept through Afghanistan earlier this month and took over the capital city of Kabul, forcing the president to deploy nearly 6,000 troops to quickly secure the main airport as the evacuation hub. Now, lawmakers say, it’s becoming increasingly clear that the U.S. risks leaving thousands of its citizens and allies behind.

“I think there was a strong bipartisan support to extend the Aug. 31 deadline,” Rep. Elissa Slotkin (D-Mich.), a House Armed Services Committee member, said of Tuesday’s briefing. “That was a major theme, a major comment, a major point that we all tried to make, urging them to do more to advocate with the president to extend the deadline.”

“The message was delivered pretty clearly to them, [from] both parties … that next Tuesday is an arbitrary date that means nothing,” added Alabama Rep. Mike Rogers, the top Republican on the Armed Services Committee. “The president needs to take it off the table and say we’ll leave when all our people are out, our [Afghan allies] are out. Period.

Biden has said the U.S. will evacuate all Americans and qualified Afghans, but has not telegraphed a strategy for continuing those operations past Aug. 31. Complicating matters further, Biden could be forced to begin pulling out troops from the Kabul airport later this week in order to meet the end-of-month deadline.

As Biden faces pressure from his Democratic allies to keep U.S. troops on the ground as long as necessary, the Taliban is asserting that the U.S. should complete the withdrawal by Aug. 31. Taliban spokesperson Zabihullah Mujahid said on Tuesday that the militant group will not accept any extensions. And Taliban fighters are reportedly preventing Afghans from leaving the country.

“We are breaking our promise, and we are leaving them behind, and they’re going to get slaughtered,” Rep. Michael McCaul of Texas, the top Republican on the House Foreign Affairs Committee, warned in a brief interview.

“And to have the Taliban boss us around and tell us when we have to leave when we try to extend it really demoralizes the United States and our prestige,” McCaul added.

Members of the House Intelligence Committee emerged from a briefing on Monday increasingly pessimistic about the prospects of a successful operation.

Rep. Adam Schiff (D-Calif.), who chairs the Intelligence panel, told reporters Monday night that the U.S. should “maintain a military presence as long as is necessary to get all U.S. persons out, and to meet our moral and ethical obligation to our Afghan partners.”

As lawmakers begin to examine what went wrong with the U.S. withdrawal, they’re largely maintaining that the ensuing chaos from a swift Taliban takeover was not the result of an intelligence failure. Instead, Schiff said, intelligence “assessments of the Afghan government’s ability to maintain itself became increasingly pessimistic over the course of the last six months.”

In the meantime, Biden’s allies assert that the crisis in Kabul was unavoidable and that the president made the right decision to withdraw from Afghanistan. Sen. Chris Murphy (D-Conn.) said it was “absolutely fantastical thinking to believe that we could have avoided some of these scenes amidst that unexpected collapse” of the Afghan government, which rapidly fell to the Taliban in a stunning fashion.

“This idea that they could have started this massive evacuation in the spring without prompting chaos and collapse is fantastical,” Murphy said. “And the idea that after the collapse of the government, we could have avoided the chaos and confusion is also fantastical.”

Most Democrats, though, are eager to more fully examine the Biden administration’s miscues during the withdrawal. Schiff has pledged “vigorous oversight of what went wrong in our departure from Afghanistan” — but he said that review will also look at the failures of the last 20 years, including the failure to stand up a “self-sustaining” Afghan government that could head off the Taliban.

“With respect to the objective of standing up a government that would earn the support of the Afghan people, that mission failed,” Schiff said. “And we have to ask ourselves some difficult questions about why that effort resulted in failure.”