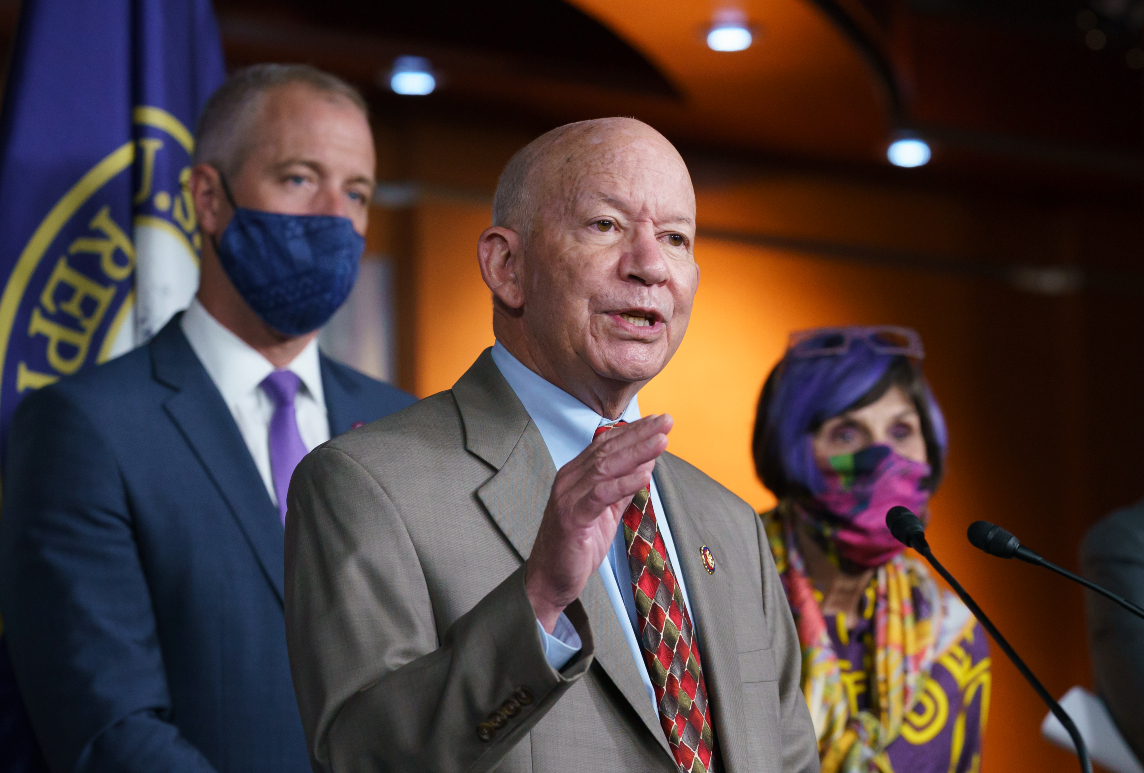 President Joe Biden had big visions for his infrastructure plan: It would jump-start the economic recovery, counter racial inequities and combat climate change. Schools, public housing and child care centers would get money for badly needed upgrades. Americans would receive help paying for health care, including in their homes.

None of those ambitions survived in the bill that the Senate is poised to approve Tuesday, which also whittled the proposal to $550 billion in new spending. The quest for bipartisan agreement also sacrificed a host of other Democratic ambitions, including the vast majority of the money Biden had proposed for removing lead water mains and installing charging stations for electric vehicles.

Now action on the bill will shift to the House, where its fate will be yoked to that of a $3.5 trillion, Democrats-only budget reconciliation package that will include many of the climate, health, social welfare and other progressive priorities that failed to make it into the infrastructure compromise. But passage of the reconciliation bill is far from assured, leaving a huge question mark on how much of the progressive agenda will survive.

Biden — who proposed a $2 trillion “American Jobs Plan” in March — is not the first president to shoot for the moon on infrastructure, only to get yanked back to Earth.

Donald Trump failed to get any traction in a GOP-led Congress for his $1.5 trillion infrastructure plan, which would have sliced federal regulations and shifted almost the entire financial burden to states, local governments and private investors. After the 2009 stimulus delivered a paltry $50 billion for transportation, mostly to small-ball pothole projects, President Barack Obama took a swing at a $300 billion infrastructure plan, but it didn’t go anywhere.

Past Congresses’ big infrastructure packages have similarly flirted with, but then ducked, dramatic changes on issues including labor union policies, Amtrak and safety vs. innovation.

Observers of previous infrastructure fights say the status quo continues to hold a powerful sway over the Capitol, despite wide agreement among members of both parties that the status quo is dreadful. (The American Society of Civil Engineers gives the nation’s infrastructure a C-minus grade, writing that “43% of our public roadways [are] in poor or mediocre condition.”) In the end, lawmakers have consistently ended up passing compromise bills that made tweaks instead of transformations.

Many Democrats and Republican also echo each other in insisting that infrastructure ought to be a cause for unity in Washington — despite evidence that this is less and less the case.

Some lawmakers openly dispute the idea that cross-party unity should be Congress’ major goal. “Bipartisan doesn’t always mean that it’s in the interest of the public good,” Rep. Alexandria Ocasio-Cortez (D-N.Y.) said on CNN in early August.

She said House progressives will block passage of the bipartisan bill unless Congress also enacts the $3.5 trillion reconciliation package, which most likely no Republican will vote for.

In truth, infrastructure and transportation bills have never been free of partisan sniping.

Democrats and Republicans have long been at odds, for instance, on how to use the gasoline tax revenue that props up the federal Highway Trust Fund: Should Congress pour it straight back into more road-building, as many Republicans contend, or should it also pay for broader transportation needs including mass transit, bike paths and pedestrian safety?

“For decades there’s been an ideological disagreement” on that question, said Sabrina Sussman, the vice president of operations at the nonpartisan policy firm Ballast Research and a former federal and local transportation official.

Most often, the fights have concerned divides like cars versus trains — often caricatured as a spat between blue-collar pickup drivers and coastal elites. Democrats, long obsessed with efforts to ease urban congestion, have pivoted in recent years to a focus on the existential threat of climate change.

“Highways-versus-transit is huge,” Hale said. “And there’s almost no agreement between the parties on that.”

That’s been one of the prime debates of this year’s infrastructure legislation, which House Democrats had hoped to use to end Washington’s decadeslong preference for highways.

The champion of that effort, House Transportation Chair Peter DeFazio (D-Ore.), has spent years writing — and decades dreaming about — a transportation bill that he promised would be a break from the status quo.

His bill, H.R. 3684 (117), which passed the House in July, would trade highway expansions for transit expansions, seeking to give low-income communities a reliable way to reach jobs and amenities and provide everyone a practical alternative to driving cars. He wanted states to be held accountable for policies that worsen carbon emissions and pedestrian safety, and he wanted to move the country toward cleaner vehicles.

But his proposal is in danger of oblivion as the White House pours its efforts into the $550 billion compromise, which the Senate is treating as a substitute for DeFazio’s bill. And even the $3.5 trillion reconciliation bill that Democrats are dangling as a consolation prize to disappointed progressives is unlikely to carry many of the big changes DeFazio wanted.

DeFazio hasn’t been quiet about his impatience with business as usual.

“We can’t solve these problems by continuing the status quo — Eisenhower 8.0,” DeFazio said in his floor speech on his bill. “We can’t afford to simply push more money through broken programs.”

In that speech, DeFazio pointed to climate change as well as social and racial inequity, global competitiveness and the rise of China — priorities with significantly more urgency than traffic congestion — as his motivations for breaking with tradition.

But in the end, despite having exceedingly slim one-party control in Washington, Democrats gave up nearly all of their most ambitious priorities to win over 10 Senate Republicans.

The compromise also stripped away enormous pieces of Biden’s American Jobs Plan, the $2 trillion infrastructure, climate and social equity proposal that he had unveiled in March. The vast bulk of the climate provisions were wiped out, along with the school, housing, child care and health items. Republicans contended that those didn’t count as infrastructure, even though Trump’s plan had included health care provisions.

“The outcome appears to be a prioritization of bipartisanship over the initial goals of the administration,” said Yonah Freemark, a senior research associate at the Urban Institute.

One former Democratic Capitol Hill staffer called the compromise a typical example of Congress’ “lack of ambition” in deals for major transportation legislation.

“It’s not that it was bipartisan; it was a least common denominator approach,” said the former aide, who worked on the transportation bills that Congress enacted in 2012 and 2015, both of which were hailed as triumphs of bipartisanship. Larger ambitions, he said, “fail to get addressed because of the insistence on staying in the very, very narrow area of bipartisan agreement and we recreate the status quo.”