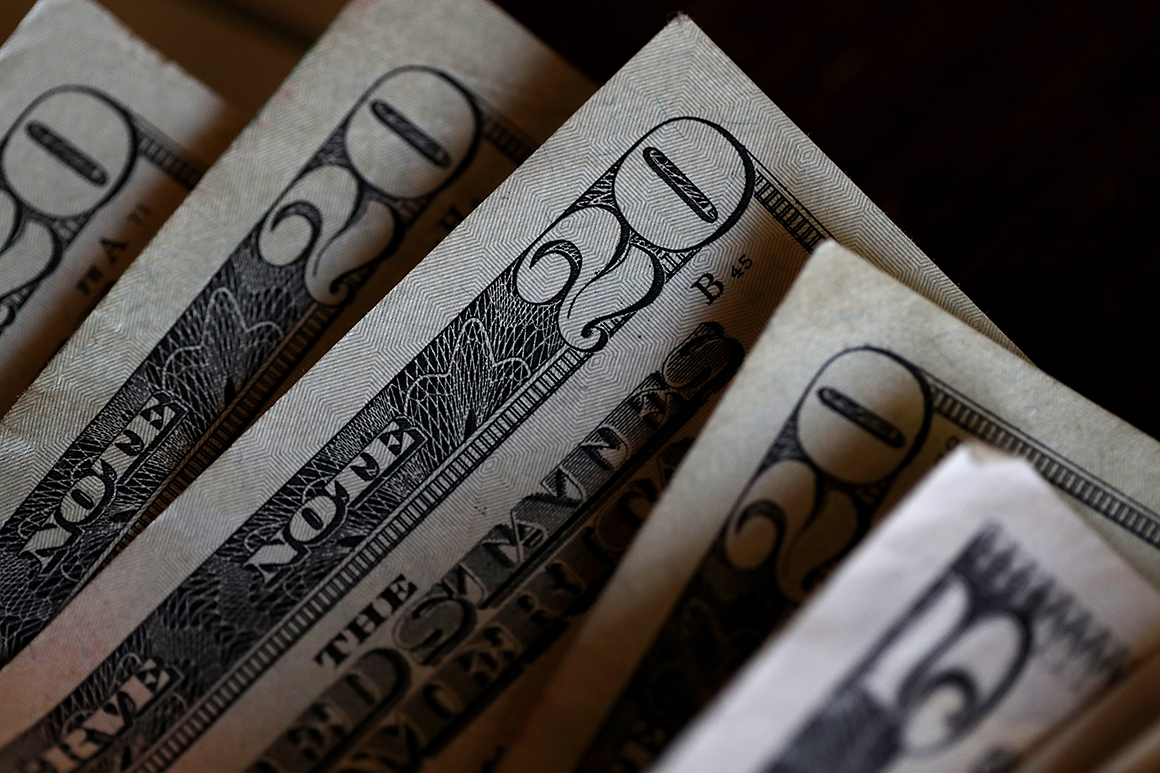 Democrats are likely to pass up their best chance to avoid a standoff over the debt limit without GOP votes, a move that will thrust Congress into risky territory this fall as the threat of economic ruin approaches.

There will be no language on raising or suspending the debt ceiling in the budget measure Senate Democrats expect to unveil within days to advance a $3.5 trillion spate of liberal spending plans without Republican buy-in, according to a Democratic aide close to budget talks. Instead, the party is looking to a short-term funding bill designed to avert a government shutdown at the end of September as the next opportunity for debt limit action, one top lawmaker said — an approach that would require Republican support.

The omission of debt limit language from the budget, while seemingly minor, could prove one of the most salient decisions that Democrats make all year. Addressing the debt limit alongside a government funding vote would change the power dynamics in other major negotiations for months to come, including in the battle over boosting military spending.

Democrats and Republicans are now headed for a classic political game of chicken, knowing that the nation will default on its $28 trillion in loans without quick action — a calamitous outcome that has never before occurred in U.S. history.

Neither party is showing signs of flinching as Treasury Secretary Janet Yellen warns that the nation could reach its breaking point by mid-September. The Congressional Budget Office recently predicted that Treasury will run out of money in October or November.

Republican leaders say none of their senators will go along without major “structural” and “institutional” reforms to federal spending practices. “We have the leverage to do that,” Sen. Kevin Cramer (R-N.D.) said this week.

Democrats insist they will not let the GOP “hold hostage” the global economy with extra demands. “When you incur bills, you pay the bills,” said Senate Finance Chair Ron Wyden (D-Ore.).

“And now we’ve got all these ideas like: ‘Well, we really have to deal with Medicare and Social Security on this.’ That’s stall-ball,” Wyden said. “I went to school on a basketball scholarship, and I know what stall-ball is.”

In response to that kind of Democratic criticism, Republicans counter: Then go it alone by adding a debt limit provision to your budget.

“I don’t think there are going to be any Republican votes to increase the debt limit without some structural reforms,” Sen. John Cornyn (R-Texas) said. “So I think if the Democrats are going to pass it, they ought to stick it on [budget] reconciliation.”

Leaving the debt limit out of the forthcoming budget resolution will be a clear sign that Democrats are unlikely to handle the issue on their own through reconciliation. That process allows the majority party to pass bills with just 51 votes, rather than having to lure the support of 10 Republicans under the usual 60-vote threshold.

The party may yet reverse course in the few days it has remaining before it brings its budget measure to the Senate floor. A spokesperson for Majority Leader Chuck Schumer did not respond to requests for comment about whether Democrats will include debt limit language in the resolution they’re pressing to pass before breaking for their August recess. That budget will tee up a $3.5 trillion package of liberal policies Republicans would not agree to include in the bipartisan infrastructure plan that’s currently on the floor.

Budget Chair Bernie Sanders (I-Vt.) also would not confirm that a debt limit number will not be included in the budget resolution. “We’re looking at all these issues,” he said Tuesday.

Even if Congress passes a debt limit remedy in time, the gamesmanship itself could create enough uncertainty to rock an economic recovery already threatened by the explosion of the Delta variant.

Congress has acted more than two dozen times over the last three decades to avert default on the nation’s financial obligations. But Democrats point to the financial fallout of 2011, when Senate Republicans made demands in debt limit negotiations with then-President Barack Obama. As those talks dragged on, Standard & Poor’s downgraded the nation’s credit rating for the first time in U.S. history.

“I’m not going to get into process at this point,” Wyden said this week. “I want people to know the facts of what happened. And we’re not going to let Mitch McConnell do to President Biden what was done to President Obama, which hit the economy very hard.”

Leaving the debt limit out of the budget resolution is also not an irreversible decision for Democrats, once made. But the choice to omit it at the outset will seriously complicate the task of preventing the nation from defaulting on its loans without Senate Republican votes.

The Senate is expected to begin a “vote-a-rama” in the next few days to kick off work on their $3.5 trillion plan, a process that forced senators to vote all night when Democrats worked to pass the $1.9 trillion pandemic aid package earlier this year.

If a new debt limit is not added to the budget measure before that exhausting legislative feat is over, Democrats would have to endure at least one more marathon voting spree to handle the issue on their own.

Republicans remain hands-off as they watch their Democratic counterparts strategize on the problem after the majority party stiff-armed Republicans on both the $1.9 billion pandemic relief plan earlier this year and the $3.5 trillion proposal they now hope to pass.

“I guess they could always amend it,” Cornyn said about backtracking to add the debt limit to the budget measure later on. “I’m sure they’ll have to figure it out. But we’re not going to lift the debt limit without some reforms.”

Using the one-party approach to handling the debt limit has one major procedural drawback. Under the reconciliation process, Democrats would likely have to set a new multitrillion-dollar ceiling for how much debt the United States can hold, beyond the red ink already racked up.

If the majority party goes the regular route, relying on Republican votes, the debt limit can simply be suspended for a specific period of time. That was the approach the two parties settled on in 2019, when then-Treasury Secretary Steven Mnuchin struck a broader spending deal with House Speaker Nancy Pelosi to waive off the debt limit until now.

Avoiding a vote on a definite new borrowing ceiling, when the federal debt already tops $28 trillion, is expected to placate moderates like Sens. Joe Manchin (D-W.Va.) and Jon Tester (D-Mont.). Both of them opposed a less contentious suspension of the debt ceiling just two years ago.

The decision to exclude a debt ceiling increase from the budget resolution could also appease anxious moderates fretting over the reconciliation bill’s final price tag. Sen. Kyrsten Sinema (D-Ariz.) has said she will support advancing the budget resolution but is not comfortable with a final package that totals $3.5 trillion.

The next likely vehicle for action on the nation’s borrowing authority is a continuing resolution to keep the government open past Sept. 30. Support from at least 10 Senate Republicans will be needed to pass a debt limit suspension or increase alongside such a stopgap spending bill. And the GOP is promising a painful fight, with little floor time between the end of August recess and a government shutdown at the end of the fiscal year.

Despite those high hurdles, the timing might work out on aligning action on the debt limit with a vote to fund the government. Earlier this week, Yellen notified Hill leaders that the agency has begun holding back on a variety of investments to stave off default until later this fall, buying them more time for negotiations.