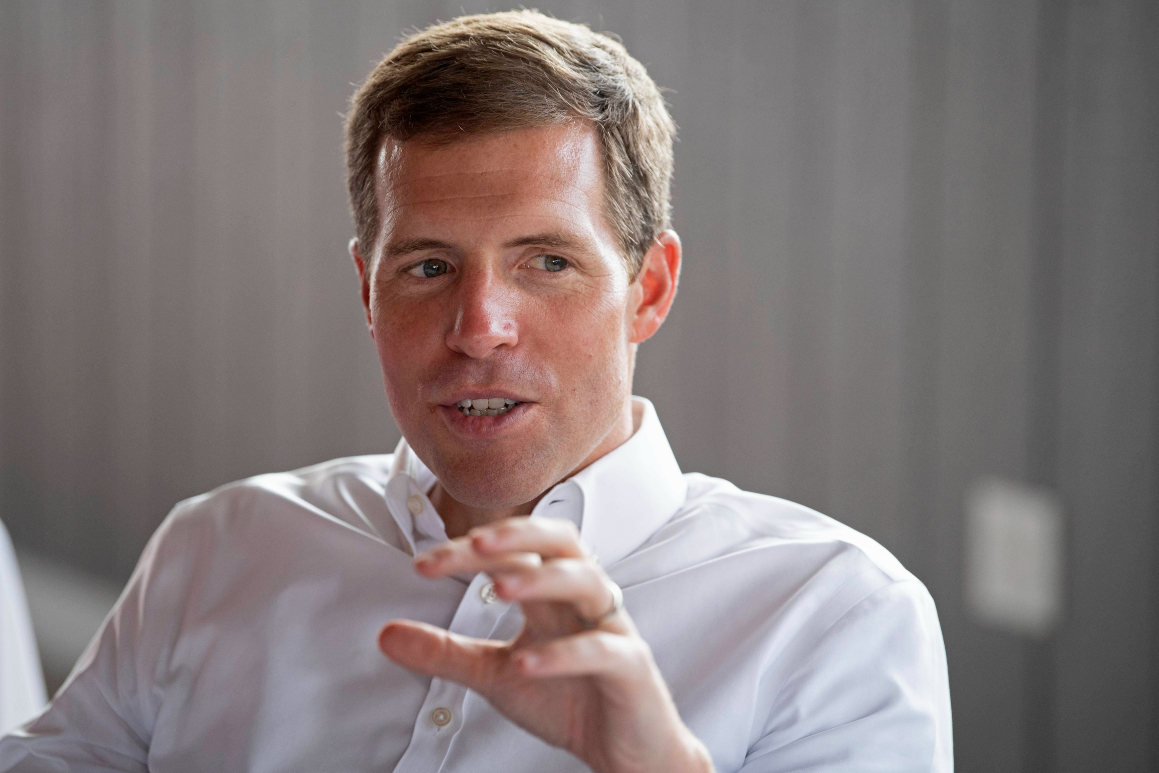 Rep. Conor Lamb became a rising Democratic star when he brandished his image as a Marine JAG officer and flipped a Republican House seat in Pennsylvania in 2018. Now, he’s putting his brand of moderate politics to the test in what could be the most competitive and critical Senate primary in the country.

In launching his campaign on Friday, Lamb touted his experience running three elections in the past three-and-a-half years in a western Pennsylvania congressional district that voted for Donald Trump in 2016 — but flipped to now-President Joe Biden in 2020.

“I think uniquely among the candidates, I’ve run a tough race — not once, but three times in a row in a very short period,” Lamb said in an interview this week. “So, I think I know how to do it, and I think I could give us a great chance to win.”

First, he would need to overcome a crowded field of Democratic candidates for the nomination. Lt. Gov. John Fetterman, the only statewide official in the running, is the fundraising leader with a formidable small-dollar donor base across the state and country. State Rep. Malcolm Kenyatta, a 31-year-old state legislator, has the backing of a handful of key progressive groups. Montgomery County Commissioner Val Arkoosh, a physician and the only woman in the race, has endorsements from EMILY’s List and 314 Action, a group that backs STEM candidates.

But Lamb is making the same bet that boosted Biden in last year’s Democratic presidential primaries and has seen more moderate candidates prevail in races in New York City, Cleveland, New Orleans and Virginia this year. He boiled down in his announcement video: “These are serious times,” he said, direct to camera. “And this race won’t be won on Twitter.” 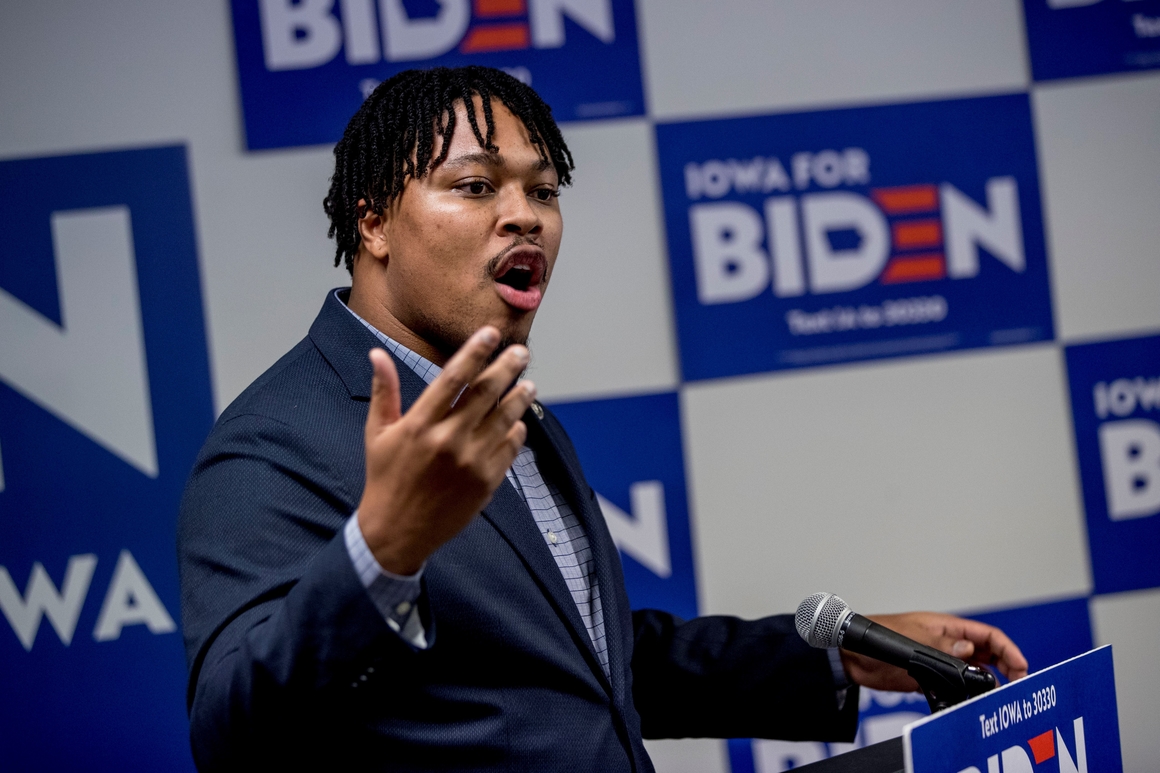 So far, the Democratic field is a cross-current of ideological and geographical divides that defy traditional primary lanes and give each candidates different advantages. Fetterman and Lamb are from Western Pennsylvania, while Kenyatta is from Philadelphia and Arkoosh from its suburbs. Kenyatta and state Sen. Sharif Street, who has formed an exploratory committee, are Black; the other three candidates are white.

“There are so many demographic and political dynamics pushing and pulling candidates in different directions that it’s hard to say now that one person or one category of candidate has an advantage,” said Mark Nevins, a veteran Democratic consultant in the state.

“It’s a total free-for-all,” one Democratic operative said of the primary field. “That is a race that we just cannot afford to f— up.”

Fetterman is the best-known candidate in the field given his unique style, statewide office and national media profile. His campaign message has included calling out his own party, consistently saying he would be the “51st vote” in the Senate for Democrats’ agenda and vocally criticizing moderate members in the chamber over the filibuster. In a fundraising appeal this week, he pledged he “will NOT be a Joe Manchin or Kyrsten Sinema-type senator.”

Fetterman’s campaign has touted his fundraising support across the state, including in the west where he shares a geographic base with Lamb, as evidence of his grassroots support. His campaign said he has had more than 250,000 individual donations.

Joe Calvello, a spokesperson for Fetterman, said he “represents the necessary balance of electability and dependability for democratic ideals in the era of a closely divided Senate.”

Lamb held a virtual fundraiser with Manchin in the spring. But, in May, Lamb called for an end to the filibuster — and in the interview this week, he touted his support for campaign finance reform and union rights as “economically progressive positions.” He acknowledged his image was more moderate on issues such as law enforcement — he was vocally critical of calls to defund police after the 2020 elections. But he also called the Covid relief legislation the “most progressive” legislation of his lifetime.

“I got to advocate for it in the campaign, then vote for it, and was proud to do so,” he said. “I think that puts me somewhere in the middle of where we are as a party.”

One Pennsylvania Democrat, who requested anonymity to speak candidly, said Lamb is a strong general-election candidate, but is “not a well-known commodity” in the eastern part of the state, and may face skepticism from the party’s base.

“If he gets out of the primary, I think Conor is a really strong general-election candidate,” said the Pennsylvania Democrat. “I think he has problems getting out of a primary.”

Sean McElwee, whose polling firm Data for Progress released a survey in May for Fetterman’s campaign showing him leading, said the lieutenant governor serves the state, but in a “deeply progressive way” that underscores his electability.

“If he wins, he can serve as a model to progressives of how you can have those values, but pick your spots to serve your state and still win elections,” McElwee said. 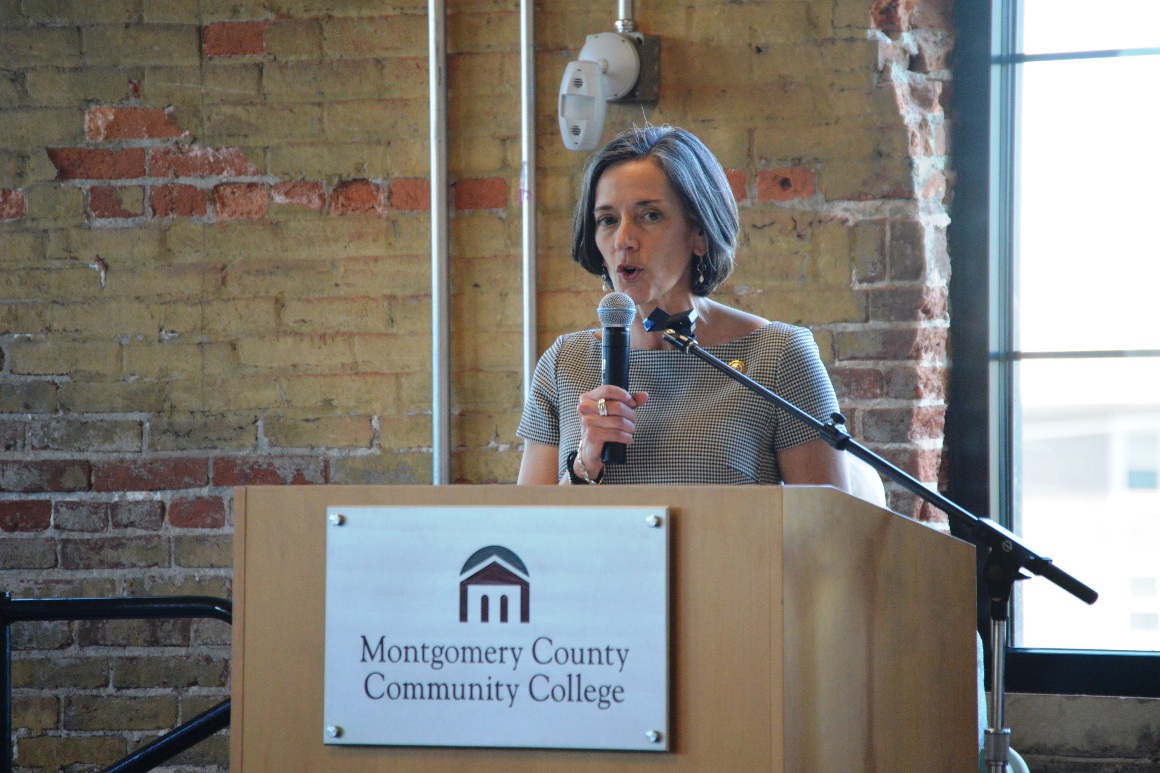 Some Democrats see Lamb’s entrance as a major boost for Arkoosh, who is less well-known, but represents the third-largest county in Pennsylvania, in the Philadelphia suburbs. She would be the first woman to represent Pennsylvania in the Senate if elected. Spokespeople for EMILY’s List and 314 Action touted her background as a physician and her experience in county office as key attributes setting her apart from the field.

Shaughnessy Naughton, president of 314 Action and a former congressional candidate in Pennsylvania, said Arkoosh has “demonstrated that she knows how to get things done — from reducing veterans’ homelessness, to setting a gold standard for election security, to leading during a pandemic.” And an Arkoosh spokesperson, Rachel Petri, touted her fundraising haul of more than $1 million in her first quarter in the race, which was second only to Fetterman.

Kenyatta, the youngest candidate in the field, would be the state’s first Black senator and the first openly gay man elected to the chamber. He’s competed with Fetterman for progressive support: The Collective PAC, Democracy for America and the Working Families Party endorsed his bid.

He has centered his run on working-class voters and has said he would better represent them in the Senate because of his lived experiences. He touted his support of Biden early in the presidential race in a statement, and said he looked forward to working with Biden “to deliver for working families like mine, as I have since I endorsed him on day one of his campaign.”

The Republican side is an equally crowded primary, though the candidates have lower profiles. There could be potential rematches depending on the Democratic primary: Sean Parnell, a military veteran, lost to Lamb last year, and Jeff Bartos, a businessman, lost the 2018 lieutenant governor’s race. Carla Sands, a former ambassador under Trump, recently entered the race, and Kathy Barnette raised the most from donors (Bartos has partially self-funded and has a substantial cash advantage).

The primary has been more divisive, with candidates fighting for position and seeking to appeal to Trump’s supporters, a trend across most Republican primaries in Senate races so far this year.

The only direct attacks on the Democratic side came when The Collective PAC ran digital ads criticizing Fetterman over a 2013 incident in which he pointed a gun at a Black jogger several months ago. Even with Lamb’s entrance this week, the candidates did little to directly criticize their intraparty opponents.

Mike Mikus, a Democratic strategist based in Pittsburgh, said the race is “wide open,” and he expects more direct confrontations to come.

“I’ve not seen it yet,” Mikus said. “But with any multi-candidate race, and a race that’s up for grabs, I expect some sharp exchanges at some point.”