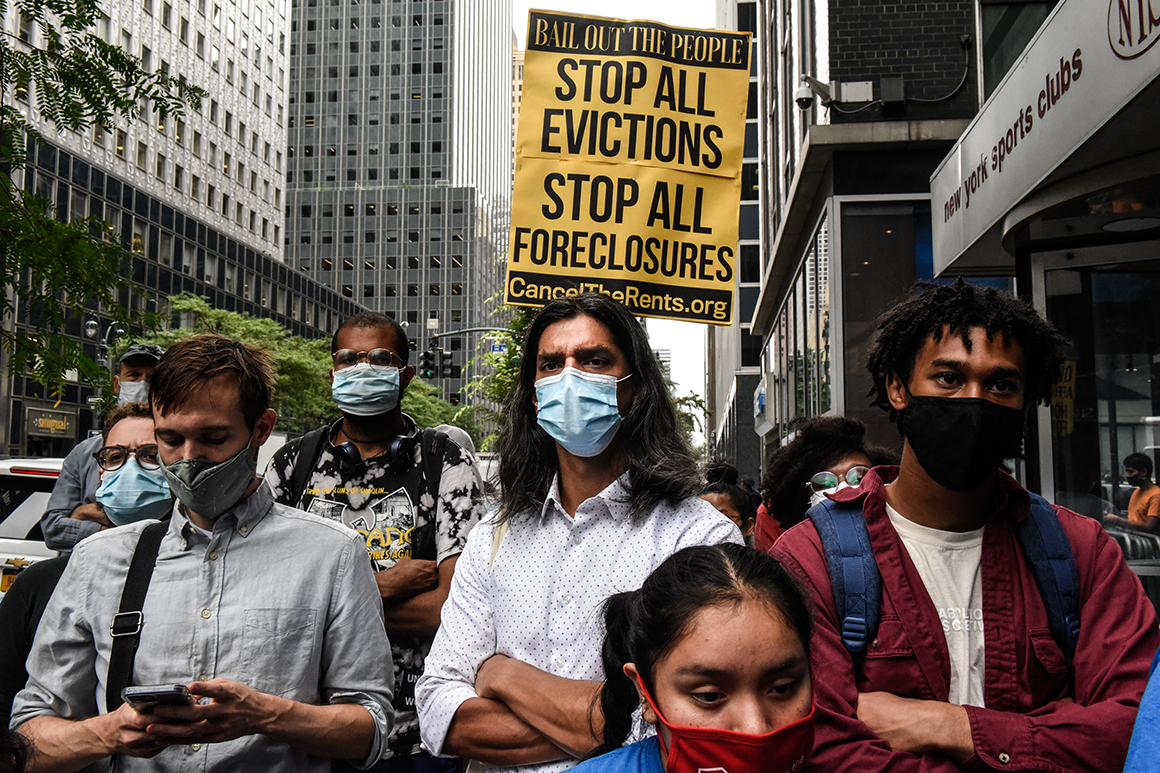 The Justice Department on Friday urged a federal court to keep the Biden administration’s new eviction moratorium in place to help protect Americans from becoming homeless during a resurgence of Covid-19.

DOJ was responding to a lawsuit brought by the Alabama and Georgia chapters of the National Association of Realtors, who argue the Centers for Disease Control and Prevention lacked the power to impose the ban.

The real estate groups have pointed to a June Supreme Court decision that indicated a majority of justices did not believe the CDC had the legal authority to implement what was then a fully nationwide eviction moratorium. President Joe Biden let the original ban lapse last Saturday, citing the same concerns. But following intense political pressure the CDC on Tuesday revived a more targeted version focused on counties with high levels of Covid-19.

In justifying the new ban after the Supreme Court warning signs, government lawyers said in a filing Friday that “the trajectory of the pandemic has changed dramatically as a result of the highly contagious Delta variant.”

The Justice Department said any financial harm the housing industry groups may face from the ban “is outweighed by the risk of illness and mortality if the moratorium targeting areas of high or substantial transmission is unnecessarily lifted at this moment when new cases are rapidly increasing due to the highly contagious Delta variant.”

The legal wrangling is the latest turn in the chaotic implementation of the eviction moratorium, which advocates say is critical to prevent millions of Americans from losing their homes during the pandemic. The White House compounded the uncertainty this week after officials first said they could find no authority to revive the ban, and then President Joe Biden himself warned the new version would be on shaky legal footing.

The Justice Department Friday tried to downplay concerns about the Supreme Court likely overturning the moratorium, noting that the high court’s 5-4 decision in June let the original moratorium stand until its expiration last weekend.

Real estate groups have hung their case on a concurring opinion from conservative Justice Brett Kavanaugh, who joined with liberals to let the ban remain in place but also warned the CDC needed additional legal powers from Congress. Kavanaugh’s opinion also initially deterred the White House from extending the eviction prohibition.

The Justice Department on Friday said that the Supreme Court had not issued a formal ruling on the matter, so it was not right to assume that the four justices who voted against upholding the ban would side with Kavanaugh in striking it down.

The case is before U.S. District Judge Dabney Friedrich in Washington. She gave landlords a win in May when she ruled that the CDC had overstepped its authority in imposing the first ban. Friedrich granted a stay of her own decision while the case is pending on appeal, and the appellate court upheld that stay.