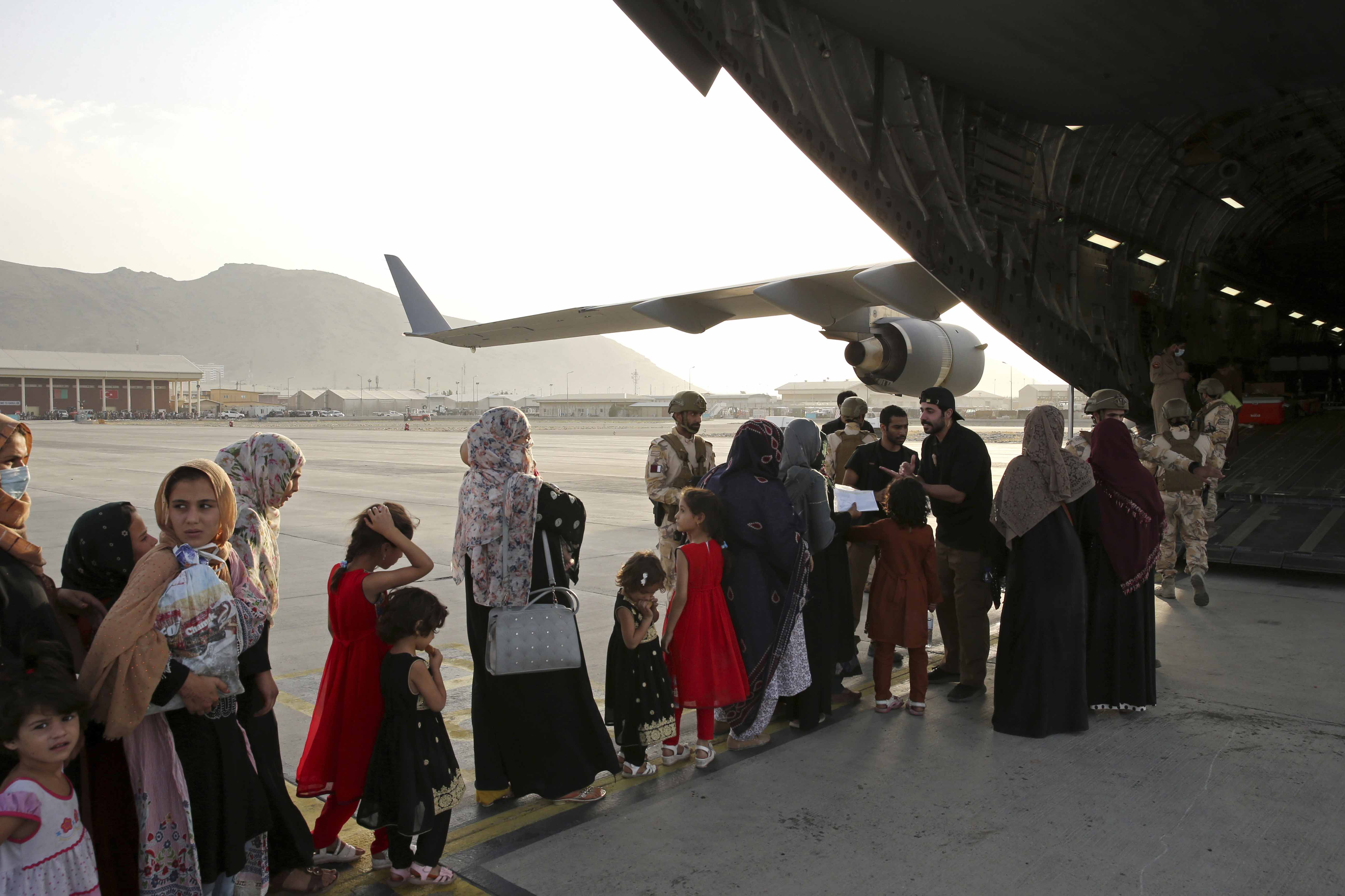 Operations at the Kabul airport are shifting to focus on the withdrawal of U.S. troops and their equipment as the frenzied mission to evacuate American citizens and Afghans enters its final hours.

The processing of civilians at the airport is working on “limited capacity,” a defense official said Monday. “If an American stumbles up to the gate and waves a blue passport, we’re going to get them on a plane.”

The Taliban have tightened their security cordons around the airport, making it more difficult for people to make it to the gates in the waning hours of the evacuation effort. So it remains an open question how many more people will be able to make it to the tarmac ahead of the plan to have all U.S. troops out of the country by Tuesday.

The international coalition led by the U.S. sent text messages over the weekend to Afghans hoping to leave informing them that “international military evacuations from Kabul airport have ended and we are no longer able to call anyone forward for evacuation flights,” according to The New York Times.

A Pentagon spokesperson did not immediately respond to a request for comment.

The gates that were just days ago filled with thousands of Afghans straining to get into the airport are now largely deserted, with Taliban fighters milling about outside while U.S. troops wrap up their work inside.

The last hours of the international effort was punctuated by a rocket attack claimed by the ISIS-K group Monday morning. American air defenses intercepted several of them before they could cause damage.

Monday’s attack followed an American drone strike on Sunday in Kabul that hit a vehicle packed with explosives that was headed for the airport, U.S. officials said. Early reports indicate that some Afghan civilians were also killed as part of a secondary explosion, something the U.S. Central Command said it was investigating.

Since the end of July, about 122,000 people — American citizens and Afghans — were evacuated from Kabul in a historic airlift.

The rushed operation left little time to sort out much detailed information about many Afghan evacuees, so it remains unclear how many who worked for the U.S. were actually able to make it out in time.

The Biden administration has pledged to continue working to get vulnerable Afghans and several hundred Americans out of the country, and the Taliban has pledged to allow people to leave who want to go.

Those assurances have come with the world’s focus on the exploding humanitarian crisis in the country however, and questions remain over how the group will actually attempt to govern the country, or treat people who worked with the U.S. and its NATO allies.