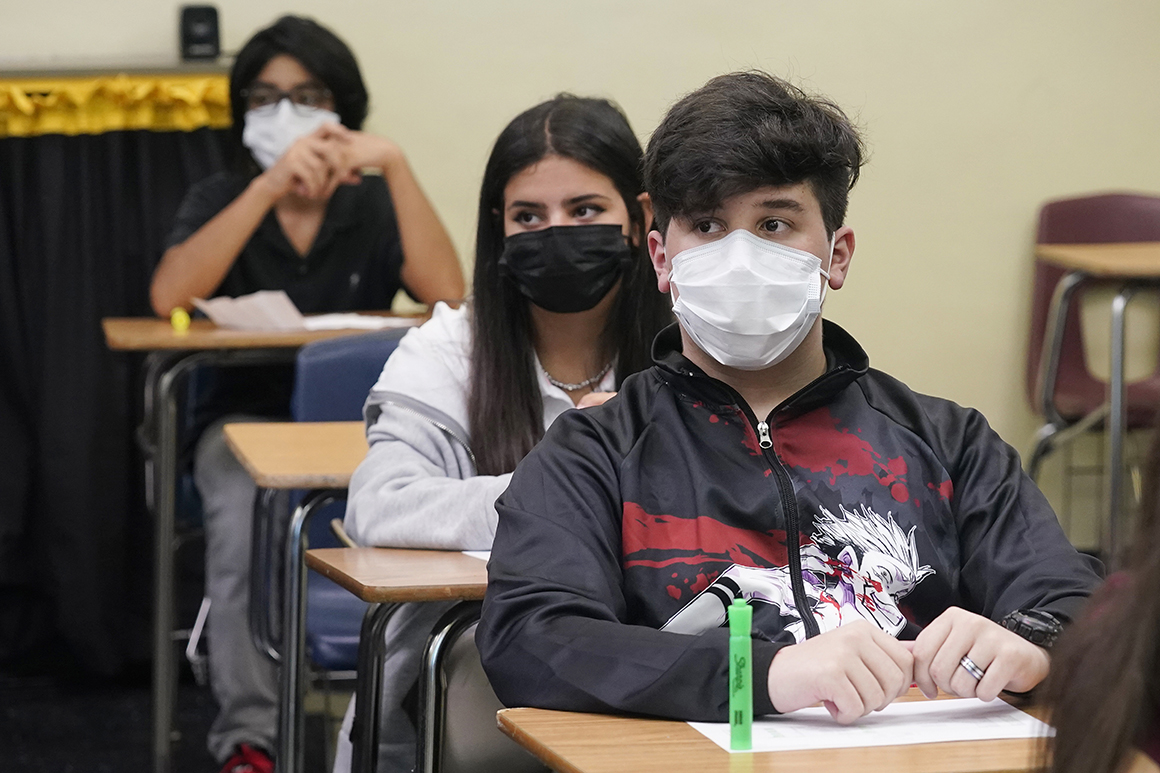 TALLAHASSEE — The Florida Department of Education on Monday defied a recent ruling from a state judge and leveled its first sanctions against school board members who rejected the DeSantis administration’s orders on local mask mandates.

State officials withheld monthly salaries from board members in Alachua and Broward counties who supported the mask requirements, marking a major turning point in the weekslong fight over face coverings in schools.

“We’re going to fight to protect parents’ rights to make health care decisions for their children,” Florida Education Commissioner Richard Corcoran said in a statement. “What’s unacceptable is the politicians who have raised their right hands and pledged, under oath, to uphold the Constitution but are not doing so.”

The fines come even as a circuit court judge on Friday ruled the DeSantis administration lacked authority to punish schools for implementing up mask mandates. DeSantis had vowed to appeal the decision, but the sanctions leveled Monday from the education department appears to be a repudiation of the judge’s ruling. The judge in that case, Leon County Circuit Judge John Cooper, ruled from the bench on Friday and an official order has yet to be posted by the court.

The move by the state department of education is the latest development in the weekslong fight over masking students in Florida amid the surge in coronavirus cases. Already, 11 counties have rejected the governor’s rules preventing schools from mandating masks, including school districts in three Republican-leaning counties.

The battle has also roped in the Biden administration, which has pledged to financially support local school boards that are punished, igniting a clash between Washington and the GOP governor.

Even before the state announced it was taking away salaries, Republican-leaning Brevard County on Monday approved a mask mandate for students after striking down the idea just two weeks ago.

Alachua and Broward were the first two school boards to pass mask mandates in the face of an executive order and emergency rules from the DeSantis administration that sought to block local Covid-19 measures. In Broward county, the monthly pay for a school board member is about $3,897.

The DeSantis administration argues that the “Parents’ Bill of Rights” measure, approved by the GOP-dominated Florida Legislature and signed into law earlier this year, prohibits schools from mandating masks.