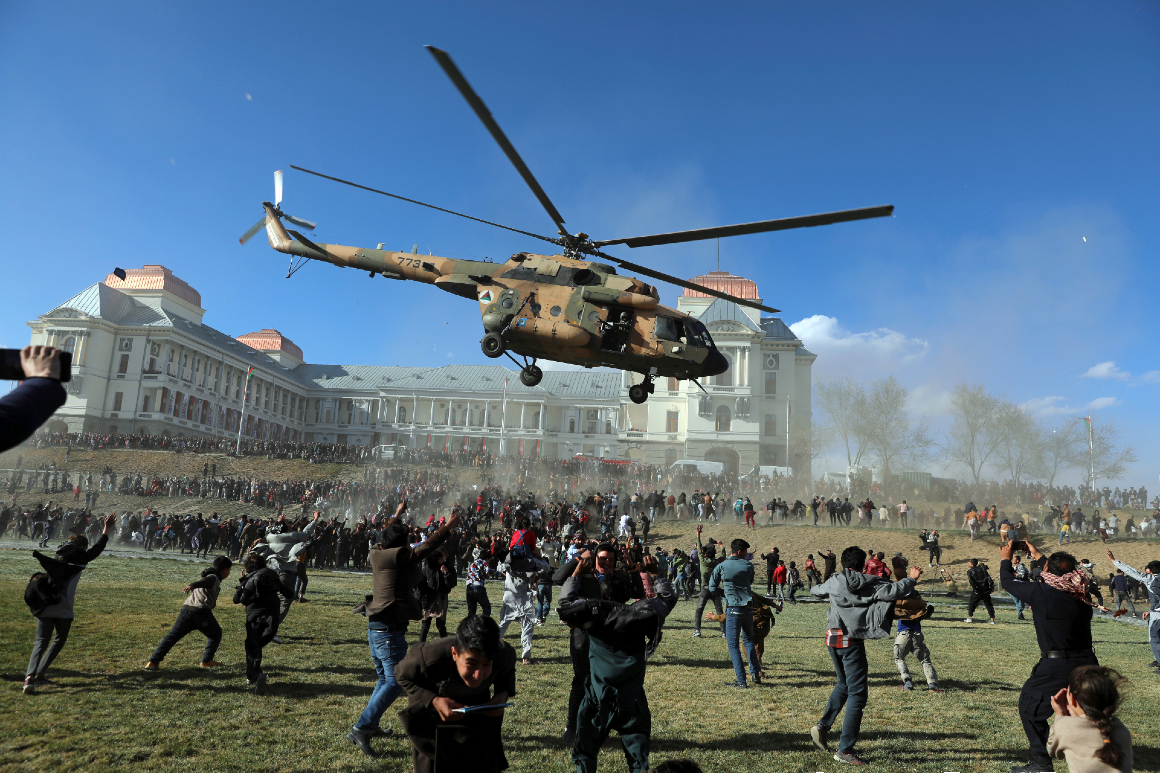 Roughly $6 billion that was either approved or will be approved for Afghan military training is now up for grabs after Kabul’s collapse last week, and the jockeying among lawmakers to find a new home for that money has begun.

The numbers include almost $3 billion unspent from fiscal years 2020 and 2021, and $3.3 billion requested by the Pentagon to train and equip the Afghan army, air force and national police in 2022.

“There’s gonna be a food fight,” said Rep. Mike Rogers of Alabama, the top Republican on the Armed Services Committee. “A whole lot of people have been looking at that money now.”

House Armed Services Chair Adam Smith (D-Wash.) and Rogers have started discussions on how to handle the money, though a plan will have to be hammered out when the committee considers its version of the National Defense Authorization Act next week.

The new wrinkle comes as pressure mounts on the House to back a significant increase in military spending after the Senate tacked an extra $25 billion onto President Joe Biden’s proposed defense budget.

Lawmakers will likely use some of the funding to beef up U.S. counterterrorism operations in the region as the Biden administration grapples with how to combat terrorist groups without a military presence in Afghanistan or its neighboring countries. The Pentagon has said it intends to conduct “over-the-horizon” operations there, a concept Rogers and other lawmakers have criticized as impractical, and the military hasn’t explained.

“One of the first things that you’re going to see, Adam and I agree on, is how we can use that for counterterrorism efforts,” Rogers said.

“This over-the-horizon business that they’re talking about, the Democrats, is just not workable. We can’t fly out of UAE or Qatar and expect to be able to do ISR,” he added, referring to intelligence, surveillance and reconnaissance operations. “So I think you’re going to see us looking for some good way that we can apply some of that money to counterterrorism.”

House Armed Services is slated to roll out its full defense policy bill early next week before a Sept. 1 markup.

But House Armed Services isn’t the only committee that has to update its legislation in the wake of the U.S. pullout. Two top committees already set aside funding for the effort prior to the collapse of the Afghan government, and will need to revise their bills.

The Senate Armed Services Committee in July approved its version of the NDAA that backs the Pentagon’s $3.3 billion proposal for Afghan security forces. Sen. Jack Reed (D-R.I.), who chairs the committee, is weighing how to handle the funding ahead of a Senate debate on the legislation this fall.

The money would have come on top of the $83 billion the U.S. has already spent to train and equip the Afghan military and security forces over the past two decades. But those forces, however large and well-equipped they were just two weeks ago, no longer exist.

A Pentagon official confirmed that the building is in talks with lawmakers over the fiscal 2022 cash as well as the roughly $2 billion left over from the 2021 budget. The State Department included about $360 million for Afghanistan — an increase of $34 million — in 2022.

The House and Senate Appropriations panels will have to reallocate that money for any funding shift to become reality. Senate appropriators haven’t yet unveiled a fiscal 2022 defense spending bill. The House Appropriations Committee, however, approved a Pentagon funding bill in July that would provide just over $3 billion for Afghan forces, trimming the administration’s request slightly.

The collapse of the Afghan military was so stunning, and is so fresh that no one — from lawmakers, the Pentagon or defense industry insiders — knows where the money will end up.

“It’s not a windfall for the defense industry,” said one lobbyist with defense ties. “The cost of current operations and requirements like [counterterrorism] to address the fallout [will likely] create an even bigger bill.”

But a second lobbyist with defense ties thinks the money “definitely creates opportunity for defense contractors since it will free up in excess of $3 billion for the committees to spend.”

The scramble for the suddenly unclaimed $3 billion comes amid a much-wider bipartisan effort on Capitol Hill to boost the Pentagon budget beyond the $715 billion proposed by the Biden administration.

Republicans slammed Biden’s Pentagon budget request for not keeping up with the expected rate of inflation, instead pushing for a boost of 3 to 5 percent above inflation.

In July, Senate Armed Services endorsed a $25 billion increase to Biden’s budget proposal to hike Pentagon spending to $740 billion for the coming fiscal year. Broad bipartisan support in the Senate for the budget boost has ratcheted up pressure on the House to endorse a similar increase.

Smith, who backs Biden’s lower topline, has conceded enough Democrats will support more defense funding to force an increase in the overall amount of funding authorized in the House NDAA. The freed up Afghanistan money, he says, is now part of the overall budget discussion, though he stressed “it does not fundamentally alter the topline debate.”

“There’s a lot of people who think that we need to go above Biden’s budget anyway,” Smith said. “There’s another $3 billion to accomplish some of that. So that’s been part of that broader discussion.”