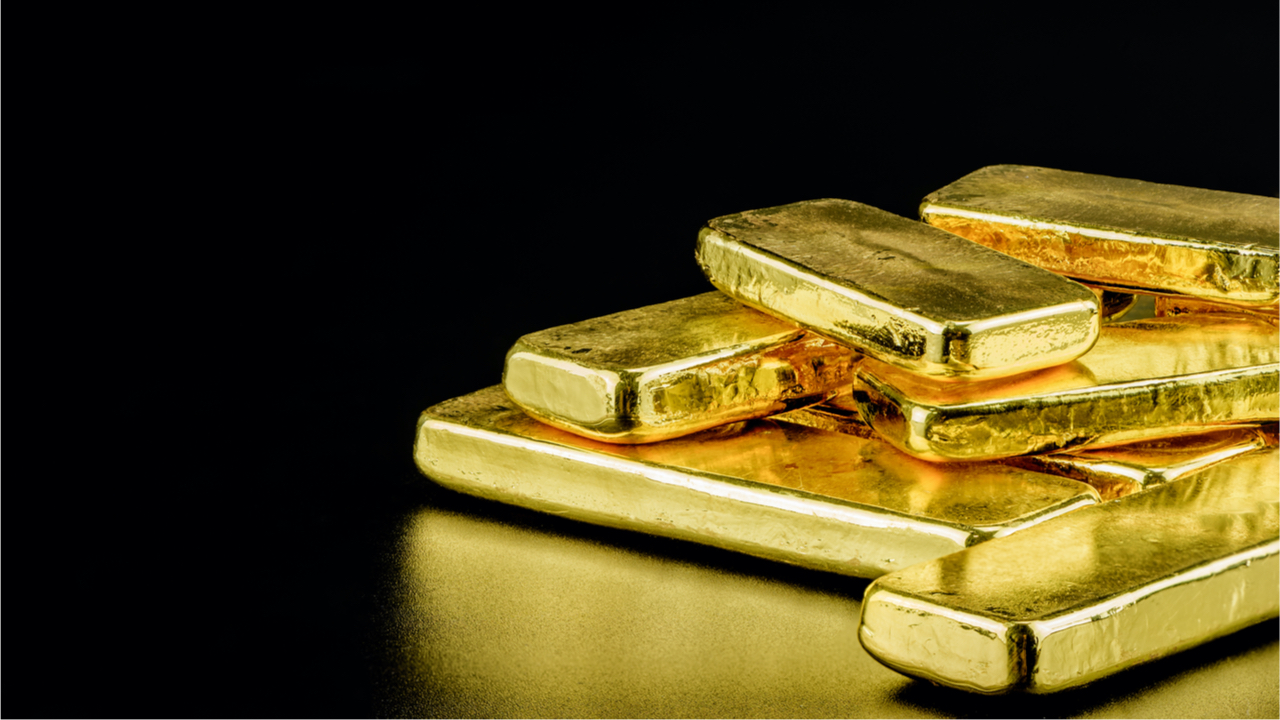 While bitcoin (BTC) prices are up more than 4% on Monday and over 16% during the last week, the value of gold has been dropping lower in fiat value. On August 6, 2021, the price of gold per ounce was trading for just over $1,800 per unit and slid to $1,688 per unit two days later losing 6.22% in value. The precious metals (PM) news outlet Kitco said the drop was due to an “overnight flash crash in gold and silver prices.” The report blamed the crash on “summertime doldrums” and “thin trading conditions.” 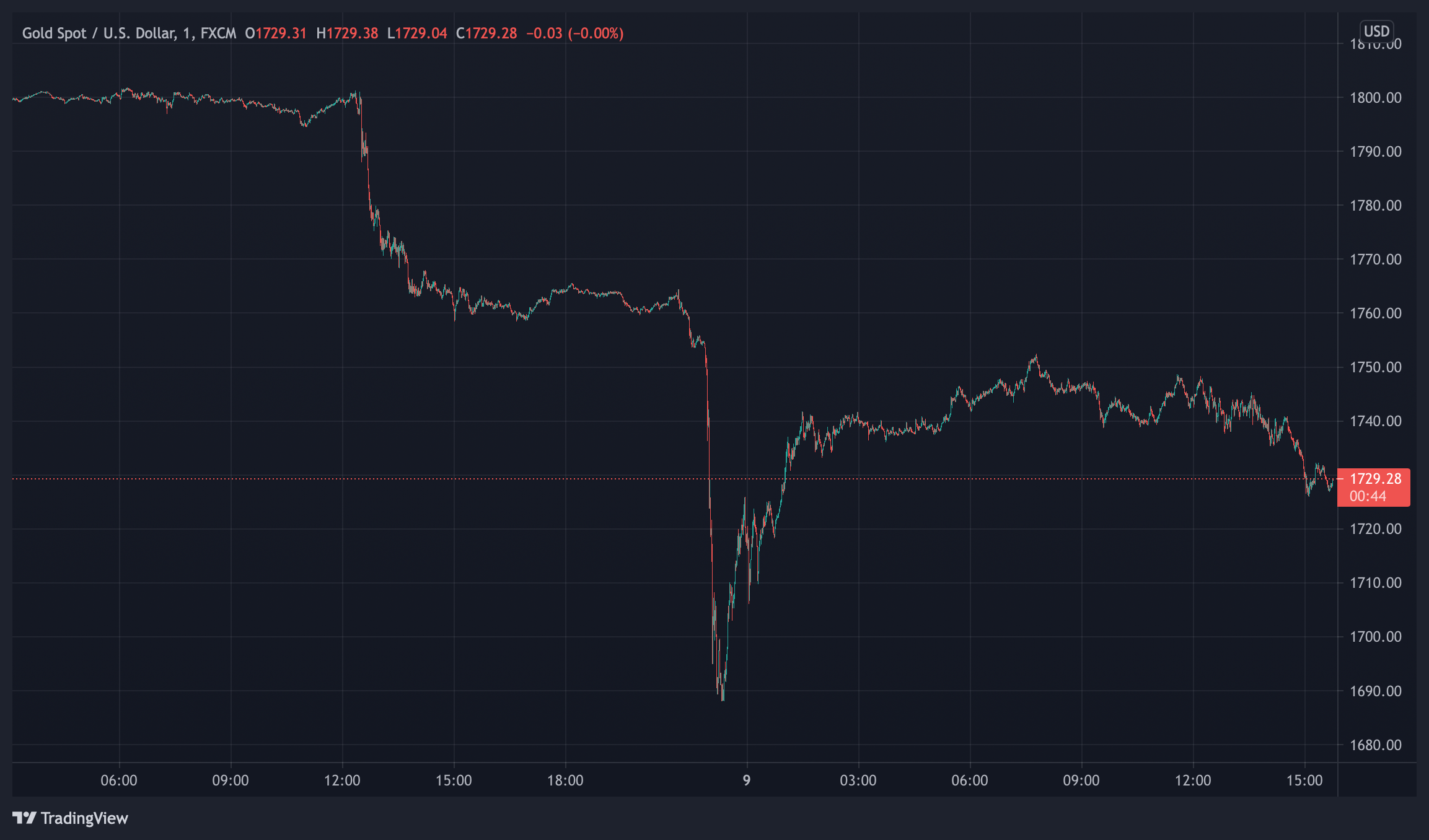 Moreover, the Delta Variant strain of Covid-19 has caused alarm across markets, Kitco’s Jim Wyckoff details. Peter Brandt, a veteran futures and FX trader since 1975, discussed gold’s action on Sunday. “I’ve seen similar price action to $GCF $SIF many times over the years. This has all the fingerprints of a bank/brokerage house conducting forced liquidation upon a huge leverage speculator,” Brandt tweeted. The trader added:

The leverage in the futures market for trading Comex (CME) Gold is about 15 to 1. Thus, a leveraged position can get into serious trouble with the type of decline experienced on Friday — resulting in forced liquidation on Sunday’s open.

Peter Schiff Knocks Bitcoin While Gold Is Down, Analyst Sees Gold on Road to Recovery

Of course, given the fact that bitcoin (BTC) was rising in contrast to gold prices, Peter Schiff didn’t sound too pleased about the market action. “Bitcoin rising as gold falls doesn’t mean [it has] replaced gold as an inflation hedge,” Schiff said. “Gold is down as traders mistakenly think the Fed will successfully fight off inflation by tapering QE and raising interest rates. Bitcoin doesn’t trade like gold because it’s not digital gold,” the economist and gold bug added.

A few crypto fans made fun of Schiff on Twitter. One example is when the Ethereum proponent Anthony Sassano said: “ETH and BTC pumping on news that Peter Schiff got liquidated due to the massive gold dump.” Fxstreet analyst Anil Panchal explained on Monday that “XAU/USD looks to recapture $1750 on its road to recovery.” Similar to the Kitco report, the Fxstreet analyst also discussed the rise of Covid infections and China’s inflation. However, in contrast to Wyckoff’s report, Panchal views these events as having bolstered gold’s rebound.

“It should be noted that China’s upbeat inflation data and Australia’s easy covid infections, after refreshing multi-day high, also back the gold’s bounce,” Panchal said on Monday.