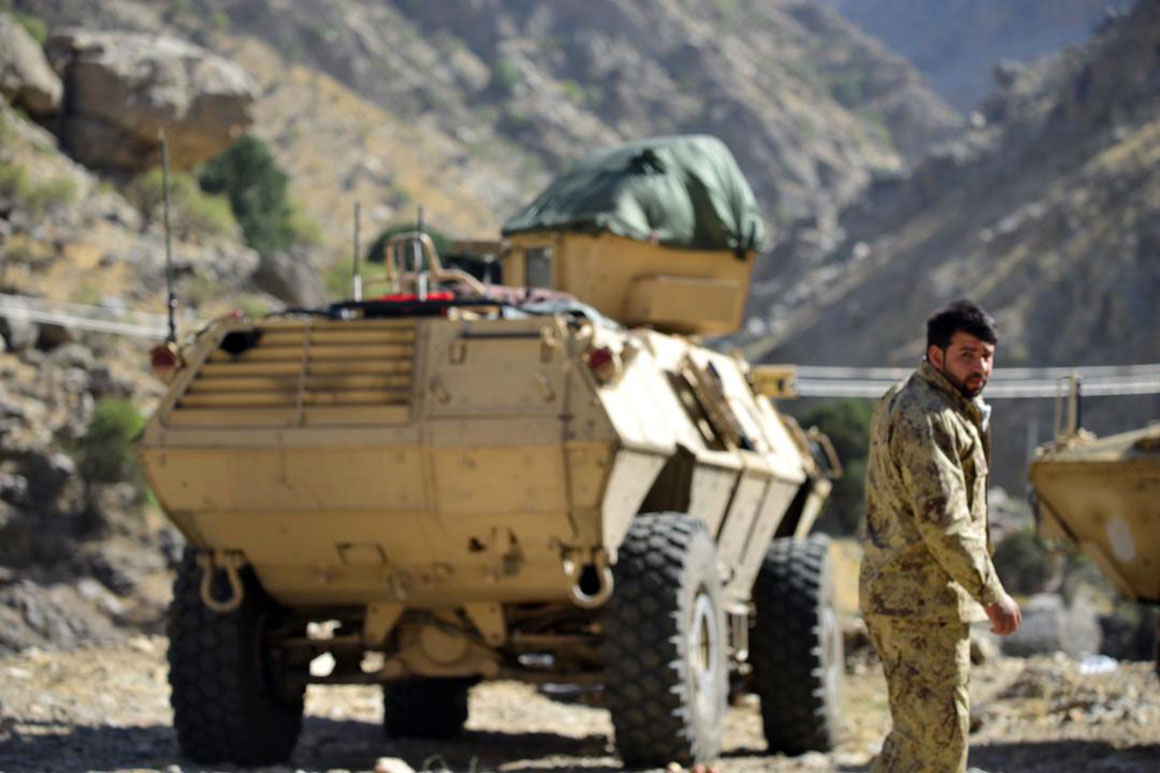 House Republicans hope to ride Joe Biden’s messy Afghanistan withdrawal to victory in the midterms. It won’t be that easy.

With the GOP already in a strong position to retake the House next year, the president’s first major foreign-policy crisis could give the party an additional boost as it tries to chip away at his popularity. But several factors threaten to undermine Republican efforts to make Biden’s blunder stick — the most powerful being the nearly 15 months between now and the next election.

Absent an all-consuming global conflagration, voters tend to cast their ballots based on domestic rather than foreign priorities, most notably economic issues. While the longevity of the Afghanistan turmoil remains to be seen, particularly given the ongoing coronavirus pandemic, Republicans believe that the bipartisan criticism of the president’s withdrawal planning will turn the current chaos there into a legacy-defining failure for Biden.

“This is not going away,” said Alabama Rep. Mike Rogers, the top Republican on the House Armed Services Committee. “This has been a disaster … The imagery of what’s going on right now is gonna stick with the public.”

Beyond the calendar, Republicans have other messaging bumps to overcome as they try to keep Biden’s Afghanistan problems top of mind. Those include the small but vocal minority of Republicans who have stoked fears about thousands of Afghan allies being resettled across the U.S., undermining the party’s attempts at a more welcoming message. Then there’s the handful of GOP Donald Trump critics who, as they hit the Biden administration, are also pinning some blame back on the former president, who negotiated a similar withdrawal timeline with the Taliban.

“Donald Trump negotiated this thing and was talking about how terrible and pointless Afghanistan was as a fight, while negotiating,” said Rep. Adam Kinzinger (R-Ill.), an Air Force veteran who served in Iraq and Afghanistan.

“So, look, this is Biden’s mess,” added Kinzinger, who voted to impeach Trump this year and is now investigating the ex-president as a Democratic appointee to the Jan. 6 select committee. “But the problem is: It’s somewhat disingenuous, then, for people who were all supportive of how Donald was doing it to now also be critical.”

And Rogers warned his fellow Republicans not to use Afghanistan as a “political football,” especially when American lives are on the line.

The GOP is bolstered by the acknowledgment from top Democrats that the Biden administration failed to sufficiently plan for a worst-case scenario for the U.S. withdrawal from Afghanistan. Such cross-aisle agreement “shows that this is an American cause we’re focused on” rather than the provenance of one party, said Rep. Andy Kim (D-N.J.), a former State Department official who appeared alongside Republicans on Wednesday at a press conference focused on rescuing Afghan allies.

But while Democrats and Republicans alike urge Biden to reconsider his stated opposition to extending the evacuation mission past the Aug. 31 deadline, the GOP is aiming to undercut the reputation of a president who campaigned as a steady hand based on his decades of experience in foreign policy.

Republicans contend that Biden is responsible for a logistical and humanitarian debacle that could result in U.S. citizens and vulnerable Afghans being abandoned — a message they say could weigh on voters next year, even with the uncertainty surrounding his economic agenda and the trajectory of the pandemic.

“The conventional wisdom is that foreign policy doesn’t matter. Maybe that’s true most of the time. But I think this is going to stick with the administration, if for no other reason [than] I think it undermines the core argument for Biden,” said Rep. Mike Gallagher (R-Wis.), a Marine veteran who served in Iraq.

“It is not strengthening our alliances and partnerships, but setting fire to American credibility and enraging NATO allies,” McConnell said in a Tuesday statement, in reference to the Afghanistan pullout. “It is not sparing civilians from some ‘endless war,’ but abandoning vulnerable Afghans — including people who trusted the United States — into a new and intense humanitarian crisis. And it is fueling the global jihadist movement.”

Such a case against Biden is easiest to make when Afghanistan stays in the headlines, which is hardly a given between now and the midterms. To that end, some Republicans who say the U.S. should not be listening to the Taliban’s demands for a withdrawal by Aug. 31 are theorizing about a potential hostage situation in the coming days as Americans remain in Afghanistan with no safe exit path. Others in the GOP are promising to pin future terrorist attacks on Biden, given the possibility that al Qaeda and ISIS could gain a foothold in the Taliban-controlled country and plot attacks on the U.S.

“I can’t think of anything more damaging to American credibility. And look, when we get another Pulse nightclub, San Bernardino, God forbid, another 9/11, that is squarely on his shoulders,” said Rep. Michael Waltz (R-Fla.), who noted he will be running on this issue heading into the midterms. “You can’t just yank everybody out and expect the war to go away.”

In a series of press conferences and legislative pushes this week, the House GOP conference sought to keep the spotlight on Afghanistan by turning to members like Waltz, who previously served in combat there, and other veteran lawmakers to share stories and to project the far-reaching consequences they foresee.

Still, despite a unified message that pinned the chaos of the evacuations on Biden, a few Republicans have tried to whip up public worries about the resettlement of Afghans who fought alongside U.S. troops during the 20-year war. Some in the party conceded that this complicated their efforts to turn Afghanistan into a political liability for Biden, and many asserted that the majority of the GOP conference disagrees.

Waltz acknowledged that the extremist rhetoric from some GOP lawmakers “muddies it somewhat.” Kinzinger said it undermines their messaging when “conspiracy folks” are “trying to stoke people’s fear.”

But Gallagher described the conference’s “center of gravity” as one of welcome to Afghans who fought alongside U.S. soldiers and have been thoroughly vetted. During a Tuesday press conference, multiple Republicans spoke up in favor of accepting Afghan refugees. And only 16 Republicans voted against a recent bill to raise the refugee cap for Afghan visa applicants, showing that the xenophobic sentiments are a minority.

Meanwhile, some Democrats have defended Biden from the onslaught of criticism by noting that no intelligence assessments predicted that the Afghan government would fall to the Taliban so quickly. They counter that missteps by previous administrations, including Donald Trump’s, dealt Biden an impossible hand as he sought to follow through on his pledge — supported by most Americans — to pull back from the two-decade conflict.

Yet House Minority Leader Kevin McCarthy has taken the opposite tack, laying blame exclusively at Biden’s feet after backing Trump’s planned pullout from Afghanistan. And the rest of his GOP is doubling down on its projection that foreign policy can matter in next year’s midterms, thanks to the sheer scale of Biden’s misfire.

“What these guys say behind closed doors — the tone, what they say, they admit mistakes, they admit it is a shitshow — is the opposite of what we are hearing from the president,” Rep. Jim Banks (R-Ind.), a veteran and chair of the Republican Study Committee, said in an interview after top officials gave a classified briefing to members of Congress this week.

“Either Joe Biden is lying to us,” Banks added, “or he is not talking to these guys.”