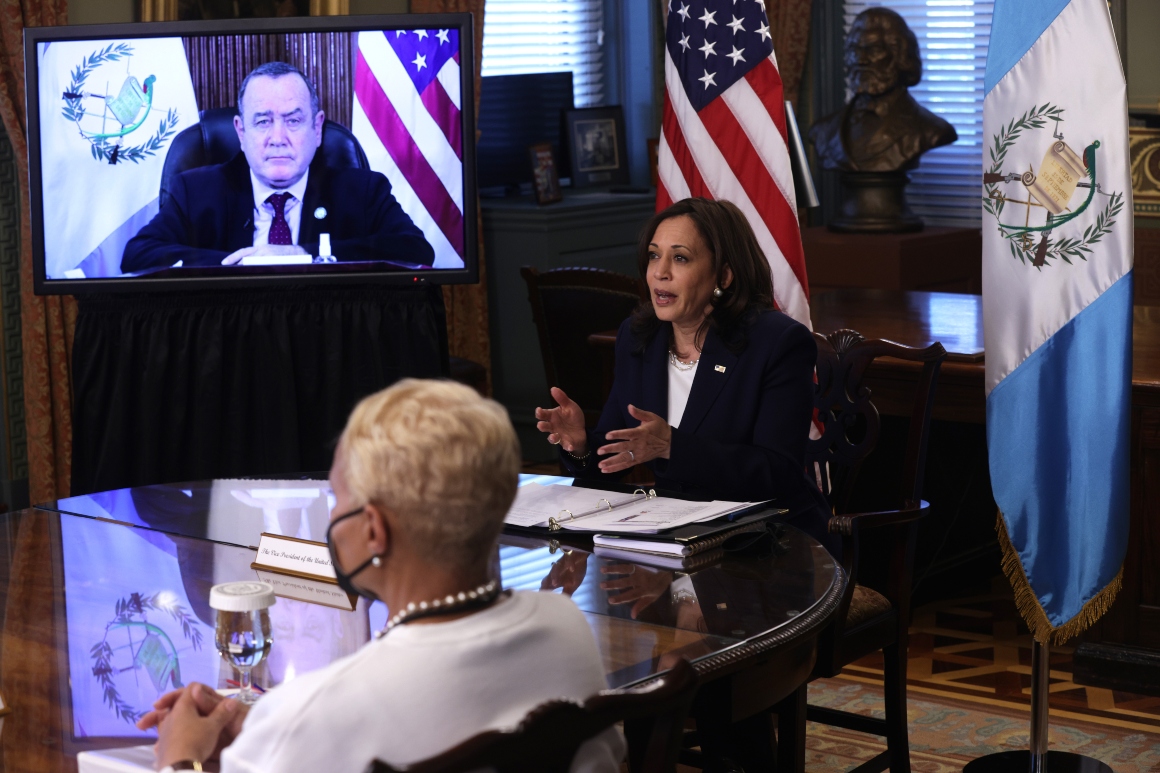 When Vice President Kamala Harris visited Guatemala in June, she delivered a clear message alongside the country’s president: The U.S. would work to root out corruption in the country, even at the highest level of government.

At the time, President Alejandro Giammattei underscored his commitment to working with Harris on the task. But two months later, his administration is proving itself to be part of the problem.

Last month, Guatemala’s attorney general ousted the country’s top anti-corruption prosecutor, Juan Francisco Sandoval, who earlier this year received recognition from the State Department for his work fighting corruption. In the days since, thousands of Guatemalans have taken to the streets throughout the country to call for the president and attorney general to step down. More recently, Rafael Curruchiche, a controversial figure known for protecting the corrupt and prosecuting their political opposition, has been tapped to take over Sandoval’s job as head of the country’s anti-corruption unit.

Giammattei has long insisted that his administration is not part of Guatemala’s corruption problem, despite civil society leaders, anti-corruption prosecutors and experts on the region arguing that he is. Nevertheless, the situation has placed Harris and the Biden administration writ large in a tricky political perch: The U.S. has been leaning on Guatemala as a focal point in its efforts to tackle the destabilizing conditions that push migrants to head to the U.S. border. Now, they need to show their commitment to fighting corruption abroad is more than just talk.

An administration official said the new developments have created a “tough moment” for the U.S. because of the country’s size and administration’s focus on Guatemala.“What happened in these past couple of weeks have been some pretty dramatic and troubling developments. But I would say not necessarily surprising,” the official added.

The administration is keenly aware that, while it hasn’t cut off cooperation with other leaders in Guatemala (the president or foreign minister, for example), its actions could eventually have an impact on the overall relationship, including cooperation on issues impacting migration.

“We’re willing to stand on principle here on some of this, because in the long term, we’ll get at the underlying causes of migration better by standing up against this kind of stuff than by saying, oh, but we’ve got to keep X, Y, Z cooperation going for the sake of cooperation,” one official said.

As the Biden administration takes stock of its approach, U.S. and Guatemalan civil society leaders and experts are urging it to remain committed to a long-term strategy to fight corruption. The latest news in Guatemala, they say, is not surprising, but a reminder that Biden officials need to keep up the pressure.

“It’s a stab in the back to the United States,” said Manfredo Marroquin, founder of Acción Ciudadana, an organization in Guatemala pushing for transparency and fighting corruption.

The Guatemalan government “has zero percent credibility and I think the U.S. has learned its lesson,” added Marroquin, who participated in a meeting with Harris during her trip. “We all warned them that this government can’t be trusted. Now, they’ve lived it.”

The situation in Guatemala is an early test of both the Biden administration’s policy toward Central America and its commitment to fighting global corruption. During the 2020 election, then-candidate Biden released a plan to help Guatemala, Honduras and El Salvador — three of the origin countries for many migrants over the years — that emphasized the need to “build security and prosperity.” The plan included a $4 billion regional strategy to address the root causes of migration. And just days after being inaugurated, Biden signed an executive order calling for a strategy to address them.

But in recent weeks, U.S. officials have had to focus on corruption instead. They have been vocal in condemning Attorney General María Consuelo Porras’ actions and expressing support for Sandoval, who fled the country after being ousted and is now in Washington. Sandoval has met with officials at the State Department, Justice Department and U.S. Agency for International Development.

The fallout from Sandoval’s ouster has raised questions about whether the U.S. will have to retool its strategy to fight corruption in the region. Harris and White House officials for months have argued that fighting corruption is a top priority in the administration’s plans to tackle the root causes of migration — and U.S. officials say, so far, it remains on track.

On July 29th, less than two months after Harris’ first visit to the region, the administration rolled out its Root Causes Strategy to deal with migration. The strategy included five pillars. Combating corruption came in at number two, a sign of just how important the administration sees it to their overall goals.

When asked if the situation in Guatemala changes the strategy laid out last month, an administration official says it’s part of why Harris has focused on multifaceted relationship building for the last few months. U.S. officials say their strategy has always gone beyond just working with the Guatemalan government.

“We’re going with a full society kind of response, so there will be times where we can’t work with these governments and that’s OK. We’ll work with civil society. We will work with [the] private sector,” an administration official said.

Last week, the State Department announced a new visa restriction that would allow the U.S. to block current or former officials and individuals from Guatemala, Honduras and El Salvador who were tied to corruption and undermining democracy from getting a U.S. visa. The department cannot publicly name who it bars from receiving a visa under the restriction.

“With these restrictions, we are sending a clear message that those undermining democracy or the rule of law in Guatemala, Honduras, and El Salvador are not welcome in the United States,” Secretary of State Antony Blinken said in a statement. 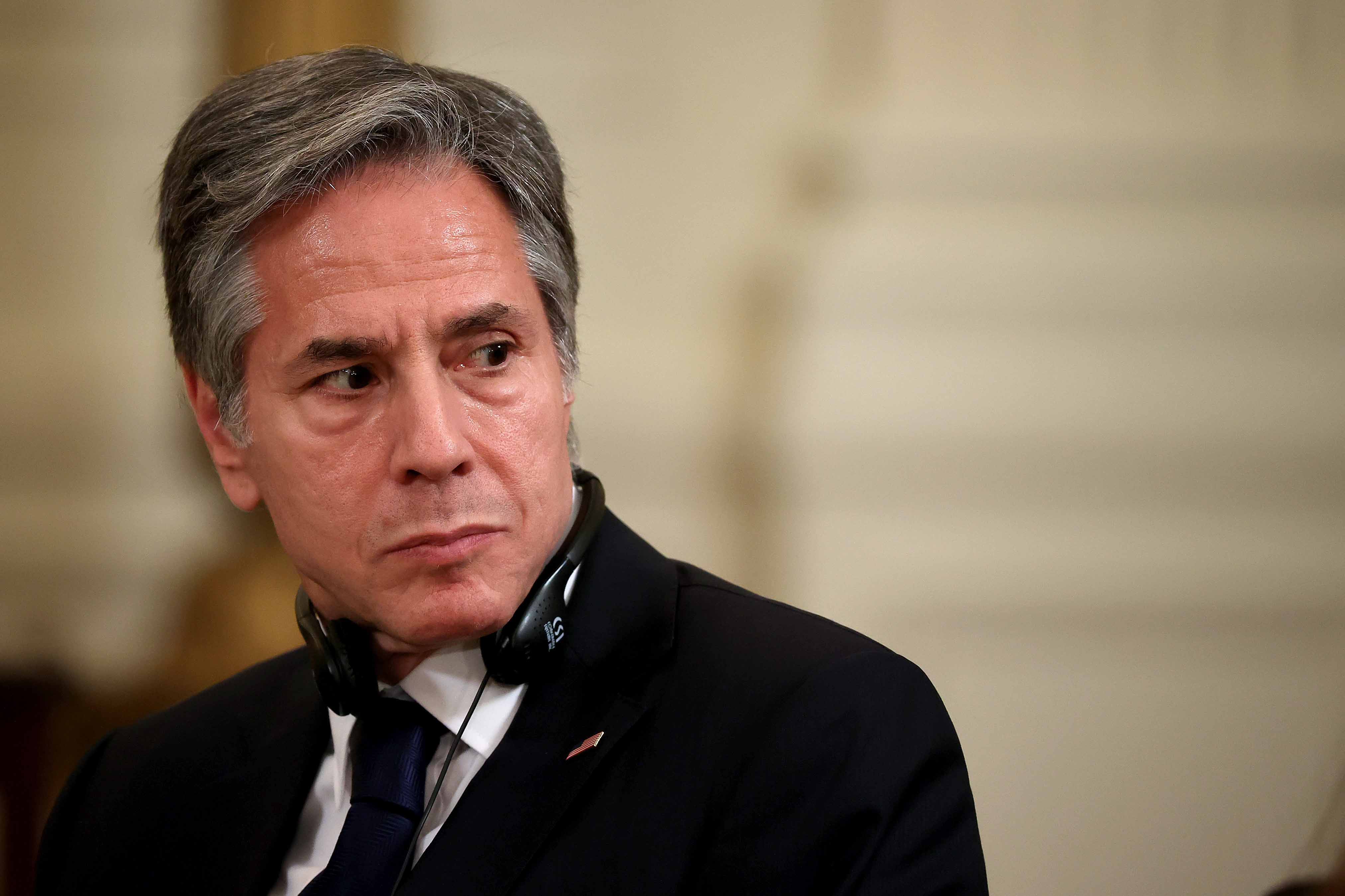 The U.S. has also paused some of its cooperation with Guatemala’s Public Ministry in the fallout over Sandoval’s ouster from the Special Prosecutor’s Office Against Impunity. Late last month, a senior administration official said the U.S. would continue “some of the programs we see are advancing these anti-corruption efforts, but others we are freezing.”

“We have to resist the temptation to say the administration has failed simply because there is clearly bad news happening in the short run. The strategy is a long-term approach and there’s going to be problems early on and some resistance from those that don’t want to be transparent and accountable,” said Eric Olson, director of policy at the Seattle International Foundation and an expert on Central America.

“Those who have enjoyed enormous power, privilege and control of the institutions of government aren’t going to give up easily,” Olsen added.