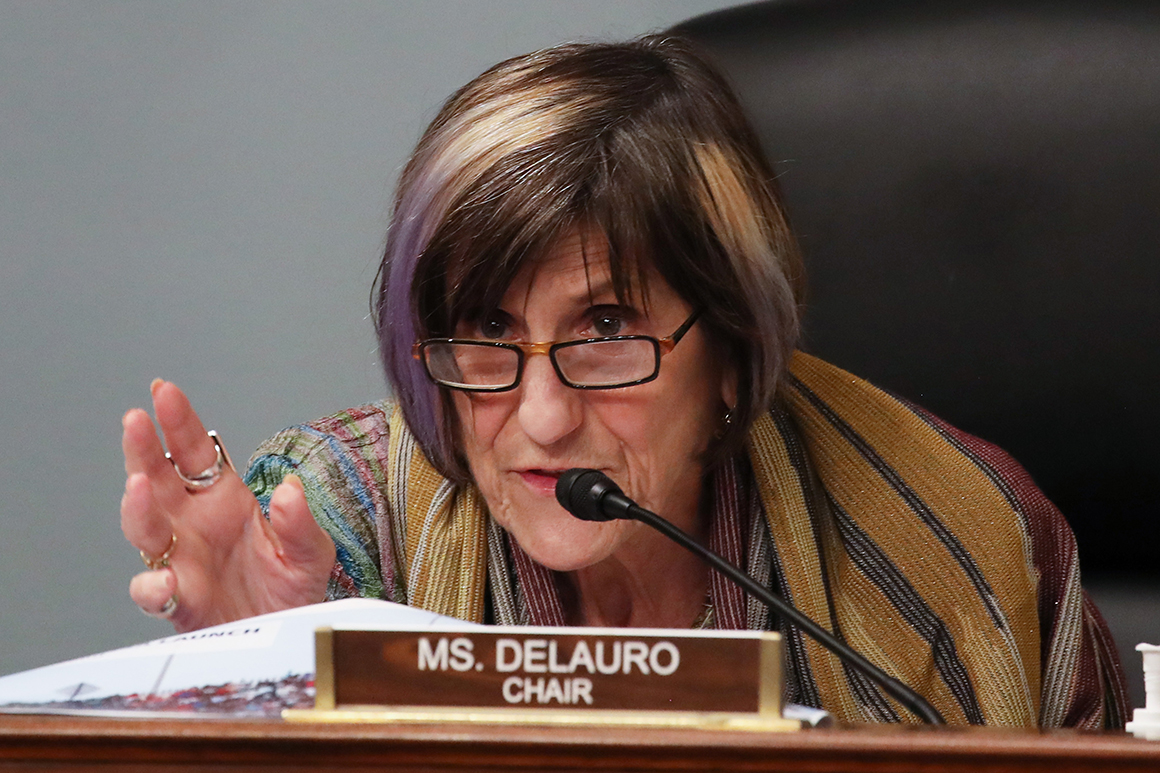 Rosa DeLauro is racking up so many unexpected wins this year in one of the House’s toughest jobs that, when faced with a rare defeat this summer, she refused to give up.

On the House’s penultimate day before the August recess, its Appropriations chair was clinging to the possibility of success on a divisive spending bill that many of her colleagues already knew was dead. DeLauro didn’t want to accept that the legislation, which funded the Department of Justice and tackled controversial policies from policing funds to firearms sales, simply didn’t have the votes.

“There’s still time!” DeLauro told fellow Democrats, according to a person in the room.

Democratic leaders pulled the bill from floor hours before the House left town for its August recess. But DeLauro’s never-say-die mentality during a grueling appropriations process that could have been a disaster for the caucus shows how she has shattered assumptions about how she’d govern. The eccentric Democrat — recognizable by her brazen rhetoric, pattern-mixing attire and cropped purple-streaked hair — isn’t running the powerful committee as the hard-charging liberal she’s often made out to be. Instead, she’s governing from the middle.

“Before she was a leader, her job was not to bring people together, her job was to make her points,” said House Majority Leader Steny Hoyer. “I think she’s made her points in these bills, but she’s also listened to other interest groups” and incorporated those viewpoints, he added.

DeLauro’s ability to unite the caucus, which could lose only four votes on the floor, is thanks in part to her creation of an intense behind-the-scenes whipping operation that one person close to the process said had a “war-room mentality.” Working closely with Hoyer (D-Md.) and Majority Whip Jim Clyburn (D-S.C.), it’s also resulted in her eyebrow-raising success in dragging several more bills across the finish line than even her own colleagues expected.

A longtime senior member of the Appropriations Committee and trumpeter of “regular order,” Hoyer said he made clear to DeLauro early on that if they could work together to unite the caucus, he would make sure the floor time was available to pass as many appropriations bills as they could. By working various corners of the caucus where they had strong personal relationships, the pair ensured that even the most contentious policy issues were addressed before floor votes.

“I think she’s very, very skillful and she has a new role and she’s playing that role,” Hoyer said in an interview.

After three decades in office, the 78-year-old Democrat is running Congress’ most powerful panel at a frenetic pace, juggling calls with her colleagues past 10:30 at night. And ahead of the floor votes, DeLauro and her staff doled out thick packets to every Democrat, complete with each member’s top five priorities included in the bill.

“Watching her right now, that’s all she’s doing: working the floor, or doing it via the phones. And that pays off, and she has a lot of good will,” said Rep. Mark Pocan (D-Wis.), a progressive who sits on the appropriations panel.

The Connecticut Democrat’s rise hasn’t been without some friction. Privately, some of her colleagues say her own policy interests sometimes lead to turf wars with other committee chairs, such as when Democrats drafted a massive Covid bill last year dealing with some of DeLauro’s legacy issues, like paid family leave and the child tax credit.

DeLauro had spent decades working with House Speaker Nancy Pelosi, one of her closest allies, to expand the tax credit and dramatically cut child poverty. That expansion, though temporary, went into effect this July.

In the past, some on the committee saw her as abrasive; DeLauro frequently sparred with Republicans during spending bill markups and sometimes privately with top Democrats, including Pelosi, on strategy calls.

But with Democrats now in control of all of Washington, DeLauro’s colleagues say they’ve largely approved of how she has used her first, and perhaps only, chance at the gavel to usher in long-held party objectives. That includes a return to earmarks after a decade-long ban and a substantial hike in domestic spending across the board.

This year, DeLauro also decided to remove the Hyde Amendment, a 45-year-old ban on Medicaid spending for abortion, despite the long odds that the Senate will agree to strip it. Rep. Barbara Lee (D-Calif.), another senior appropriator and progressive who was a Hill staffer when the policy was first created, called the effort “long overdue” and “a racial justice issue.”

The debate could have turned nasty. Instead, the one Democrat who opposed it in committee, socially conservative Rep. Henry Cuellar (D-Texas), backed the final measure on the floor. No other Democrats objected.

“She knows where I am,” Cuellar said, noting that DeLauro never pressured him either way. “There’s that mutual respect. Abortion, oil and gas, guns — certain things, she understands and she respects that.”

The personal politics of the senior Texan couldn’t be further from those of DeLauro, an unapologetic feminist raised on “the blood sport of New Haven politics.”

In a brief interview last week, DeLauro summarized her approach: “That’s what it comes down to, people’s personal values. And that’s the way they vote.”

Part of DeLauro’s success — according to her chief rival in last year’s chair race, Rep. Debbie Wasserman Schultz (D-Fla.) — is that she delivered on a campaign goal they had both shared by making every Democrat feel invested in spending bills.

“Normally, the appropriations process is very opaque. So, it’s to her credit that she opened it up,” said Wasserman Schultz, who helped DeLauro as one of the 12 subcommittee chairs. “We were all hands on deck.”

Another key element: DeLauro is the first appropriations chair in a decade with the power to increase the size of her bills, since the 2011 spending caps deal ended this year.

And as bombastic as she might appear, DeLauro has developed close relationships over the years with her GOP counterparts, such as Rep. Tom Cole (R-Okla.).

“She’s a very capable chairman. She certainly knows her bills and the process, and I think she’s responding to her caucus,” said Cole, who has spent years working with DeLauro on health and education issues. Still, the senior Republican added: “Now, they’re running stuff I know can never happen.”

The one setback DeLauro faced this week, on the sprawling DOJ spending bill, was nearly a success. The bill was ready to go until a group of policing unions delivered DeLauro a last-minute missive, blasting the terms of certain policing grants.

Rep. Matt Cartwright, the Pennsylvania Democrat who oversees that bill, said he was stunned by the sudden opposition, after his panel added $65 million to community-oriented policing grants this year.

“I was taken aback by that at the eleventh hour,” Cartwright said, noting that he had spent six weeks “up close and personal” with Excel spreadsheets on the bill.

Still, DeLauro is privately insisting she will get the bill done when the House returns in September, despite skepticism in the caucus. And Hoyer agreed, telling POLITICO they’re planning another attempt at passing the bill next month.

“Rosa is very, very hardworking and very, very focused,” Hoyer said. “Intense would be a word that would not be inappropriate.”