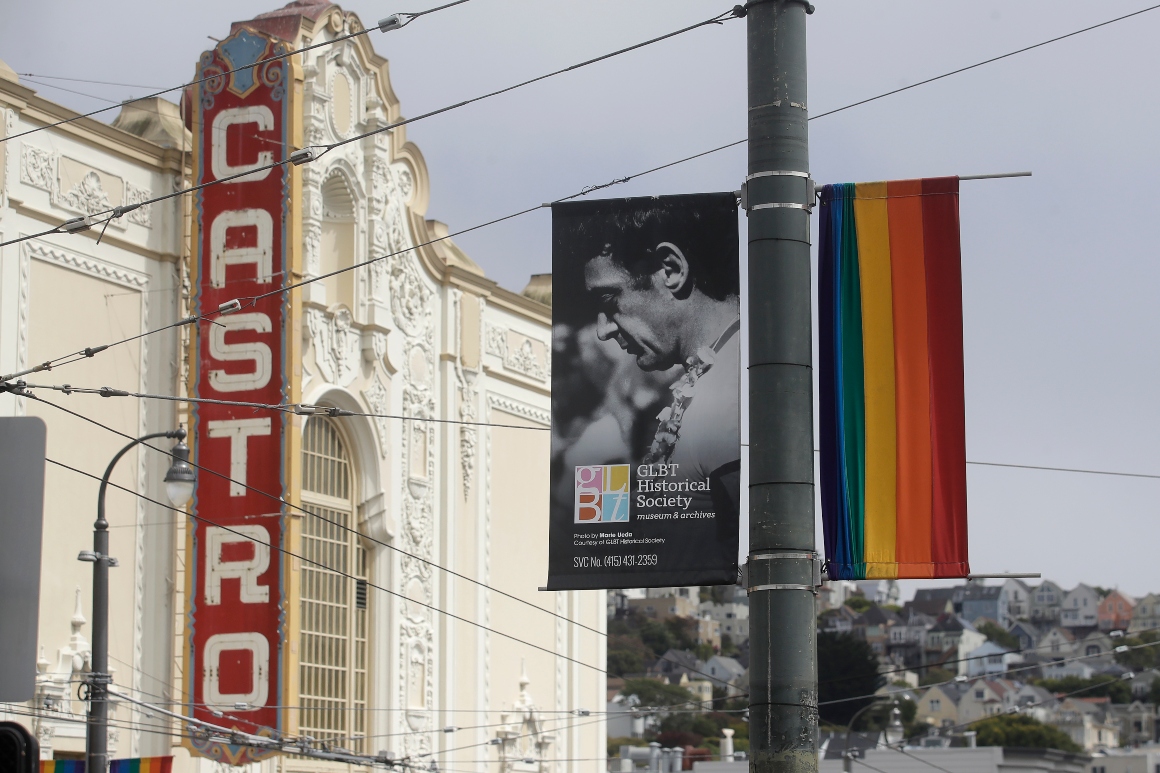 A newly drawn San Francisco supervisor district anchored by the Castro, a famous gay neighborhood, helped Harvey Milk become the first out elected official in California. Now, the same principle that lifted Milk decades ago is at the center of a redistricting campaign to boost lesbian, gay, bisexual and transgender candidates around the country next year.

The LGBTQ Victory Fund is launching a first-of-its-kind effort to lobby redistricting authorities in different states to consider gay populations as “communities of interest” in map-drawing, the same status given to Black and Latino voters, and other racial and ethnic groups. That means mapmakers draw some districts so those groups can elect their candidate of choice in local, state or federal races.

Those “opportunity districts” have contributed to explosive growth of people of color in elected office. And even four decades later, Milk’s story illustrates the potentially transformative power of redistricting. The famed gay rights icon lost two previous campaigns in San Francisco before the creation of a new district that didn’t dilute the electoral power of gay voters.

“It’s about the awareness that these communities exist, and not to just ignore them and to dismiss them,” said state Rep. Brianna Titone, the first trans legislator in Colorado, who signed onto a letter urging her state’s redistricting commission to keep gay neighborhoods united. “We do have a collective voice that we want to be heard.” 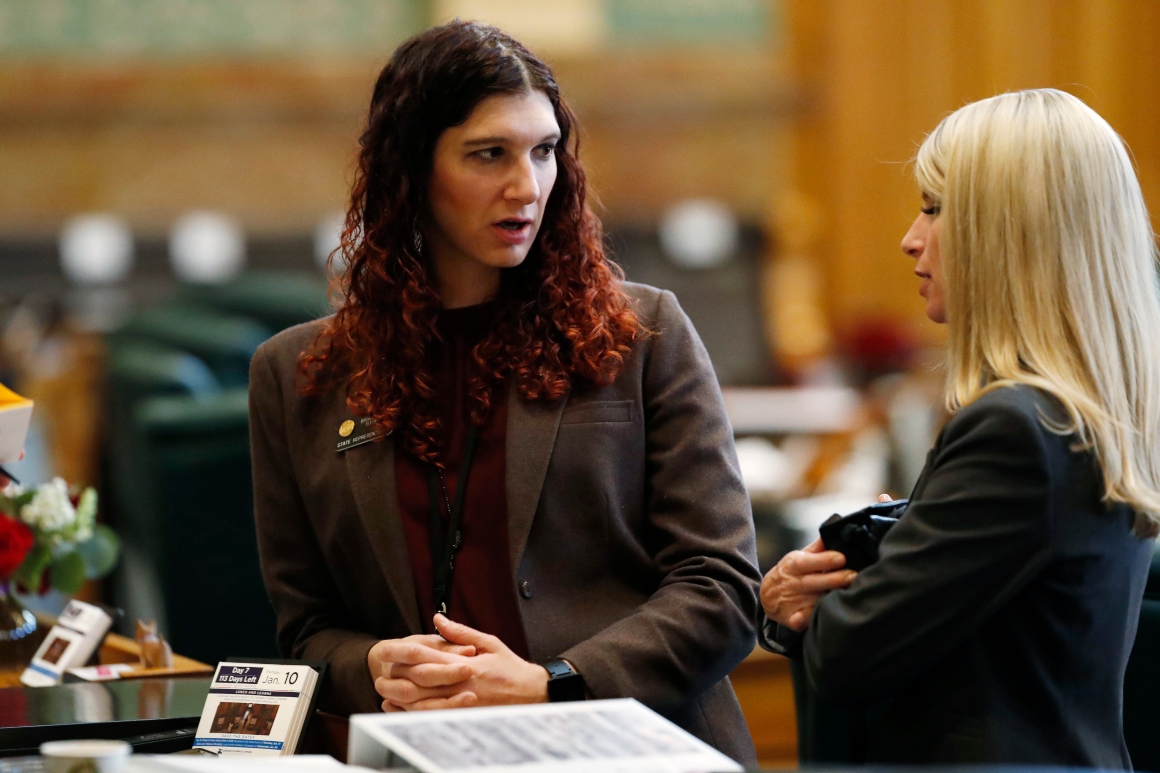 The Victory Fund’s campaign, “We Belong Together,” is rolling out this week with a two-pronged strategy: get allied organizations to lobby mapmakers to keep gay areas intact, a process that has already begun in some states, and start assembling data showing exactly where LGBTQ communities are located to speed the process along. The campaign launch coincides with the Census Bureau’s planned Thursday release of the data that states will use to draw new political boundaries.

The group’s top targets are in Arizona, California, Colorado, Michigan and Montana — states where redistricting is done by nonpartisan commissions that have mechanisms in place to solicit and collect voter outreach, as opposed to state legislators drawing the maps.

“Legislators can ignore public input,” Titone said. “They do it all the time.”

This process might have its greatest impact at the municipal level, where it’s easier for a concentrated LGBTQ community to reach critical mass in a city council district. Strategists for the project have already identified several cities that could benefit from the effort.

Washington, D.C., which has the highest LGBTQ population percentage in the country, currently has no openly gay members on its council. Philadelphia is one of the largest cities to have never elected an openly LGBTQ person to its council, despite a vibrant community in the Gayborhood section of its Center City.

“We all know how consequential redistricting is for representation,” said Elliot Imse, a spokesperson for the Victory Fund. “A line drawn in the middle of a neighborhood with a large LGBTQ population can be the difference between electing an LGBTQ person to city council or state legislature or having zero people in these places.”

In Florida’s state legislative map, the town of Wilton Manors, which in 2018 elected an all-gay city commission, is separated from most of Fort Lauderdale, which has also has a burgeoning gay population.

Greenwich Village, home to the Stonewall Inn, an iconic New York landmark of the gay rights movement, is consistently represented by a LGBTQ city councilperson. But strategic redistricting around Hell’s Kitchen and Chelsea could yield more gay allies on the council. Other potential LGBTQ hotspots: Decatur, northeast of Atlanta, has a high proportion of same-sex couples, and downtown Boise, Idaho, has a sizable gay community.

The education component of the campaign will bring awareness to places where past redistricting divided LGBTQ communities, whether that was intended or not.

“In some cases, they’re doing it explicitly. In some places, they’re doing it by happenstance, but they just didn’t know,” said Paul Mitchell, owner of Redistricting Partners, a firm that’s consulting on this project. “And even in those cases, we should be in the business of letting them know the LGBT population has a reason to be concerned about redistricting.”

To achieve equitable representation, the fund estimates that there would need to be over 28,000 more LGBTQ people in elected office.

But even a small change in a local district can have a large impact. California, an early adopter of this kind of LGBTQ-conscious redistricting, has demonstrated the value of creating a pipeline for gay officeholders at the local level.

A prime example is San Diego, where allies and activists helped craft a new council district that included the heart of the city’s gay community before the 1993 elections there.

Christine Kehoe became San Diego’s first openly gay elected official that year, before later moving on to serve in the state legislature. That 3rd City Council District has been held by a member of the LGBTQ community ever since her election — and its occupants, including current San Diego Mayor Todd Gloria and state Senate Pro Tempore Toni Atkins, have since ascended to the height of political power in California. 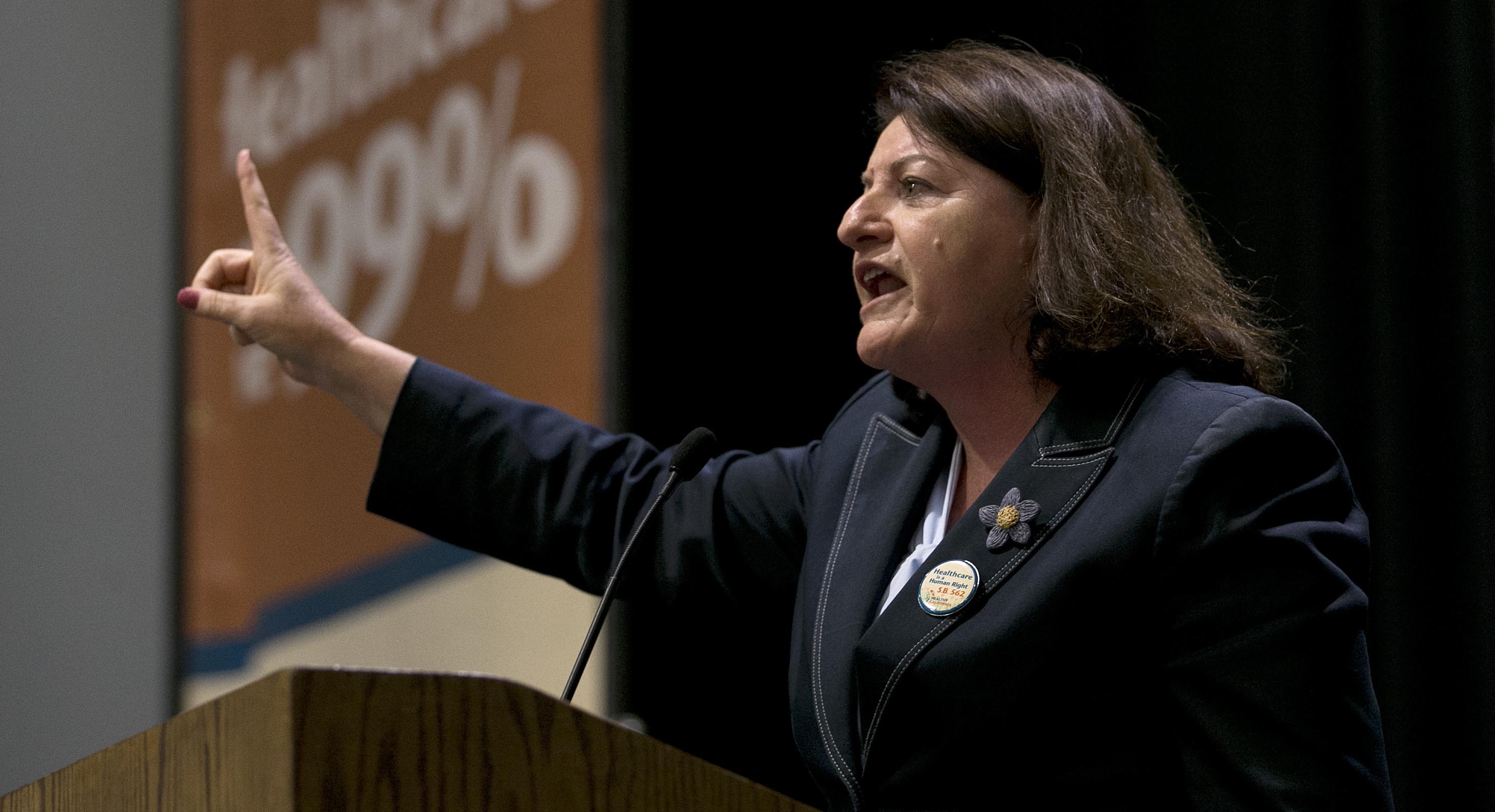 “We are proud of it,” Gloria said in an interview. “We have this 30-year history of continuous representation, and it’s not just that seat. All of us have gone on to another office, breaking barriers in the process.”

“It has ripple effects,” he added.

Gloria was a teenage intern on Kehoe’s first campaign for city council. Her 1993 victory (and Milk’s in San Francisco) was made possible by the end of at-large elections in both cities, creating disparate districts instead of rewarding the top vote-getters in a citywide electorate.

“Now we have an openly gay mayor in Todd Gloria,” Kehoe said in an interview. “But back then it was considered a huge advance when I won. The newspaper did not support me, and they highlighted my gay activism and just my gay credentials.”

The crafting of her eventual district took a tedious amount of data mining. Kehoe recalled activists spread out in a living room pouring over Thomas Bros. maps and index cards with LGBTQ voter lists that had been painstakingly assembled from pride events over the years.

“It was really those volunteers working it out pretty much on paper that put together that council District 3 map in time for the ‘93 off-year election,” Kehoe said, noting they ultimately decided to group the neighborhoods of Hillcrest, Normal Heights and North Park. “I was able to win with huge support from the gay community.”

In 2021, map-makers will have more data than ever. The Census Bureau will eventually release information on same-sex couples that live in the same household. It does not track, however, gay men and women who don’t live with a partner.

To fill in the gaps, the Victory Fund has been urging groups to adopt a piecemeal approach, combing the location of gay businesses, donor and membership rolls of allied political organizations, population records and even tracking the number and location of hate crimes.

Advocates say one big reason to elect more LGBTQ officials is that they are more cognizant of the problems facing their community. That includes everything from securing benefits for veterans discharged under the “Don’t Ask Don’t Tell” policy to crafting legislation to help protect trans women from domestic abuse to securing more contracts to LGBTQ professionals and businesses.

One small but symbolic example: As a legislator from military-heavy San Diego, Gloria was part of a successful effort to get a U.S. Navy ship named after Milk — some 70 years after Milk was discharged for his sexual orientation.