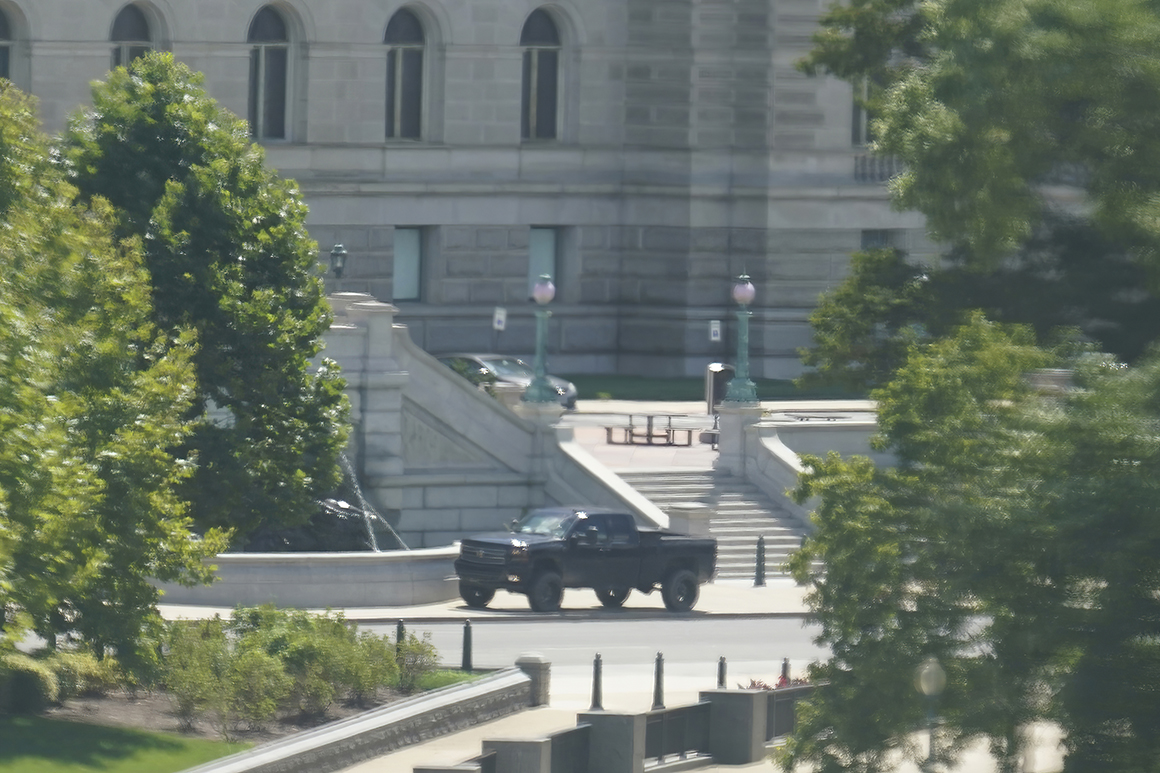 The man suspected of making a bomb threat near the Library of Congress livestreamed his anti-government remarks for hours before Facebook took down his account on Thursday afternoon.

The man broadcasted to the social network as he sat in his car surrounded by police in Washington, D.C. He said his car would “blow up” if security shot through his window.

Several hours after his threats began, Facebook spokesman Andy Stone said the company “removed the Facebook profile in question and are continuing to investigate.” At least one of the videos was taken down by nearly 1 p.m. after the suspect began livestreaming messages outside of the library at 9 a.m.

Clips from the suspect’s video circulated widely on social media throughout the morning, and after the stream itself was blocked. The man repeatedly said he was “trying to get Joe Biden on the phone” and said he was making the threat on behalf of the people in Afghanistan.

The man continued to livestream as Capitol Police and other law enforcement officials investigated his claim that he has an explosive device in his pickup truck, which he drove onto the sidewalk outside of the Library of Congress. His threats led to the evacuation of several congressional buildings.