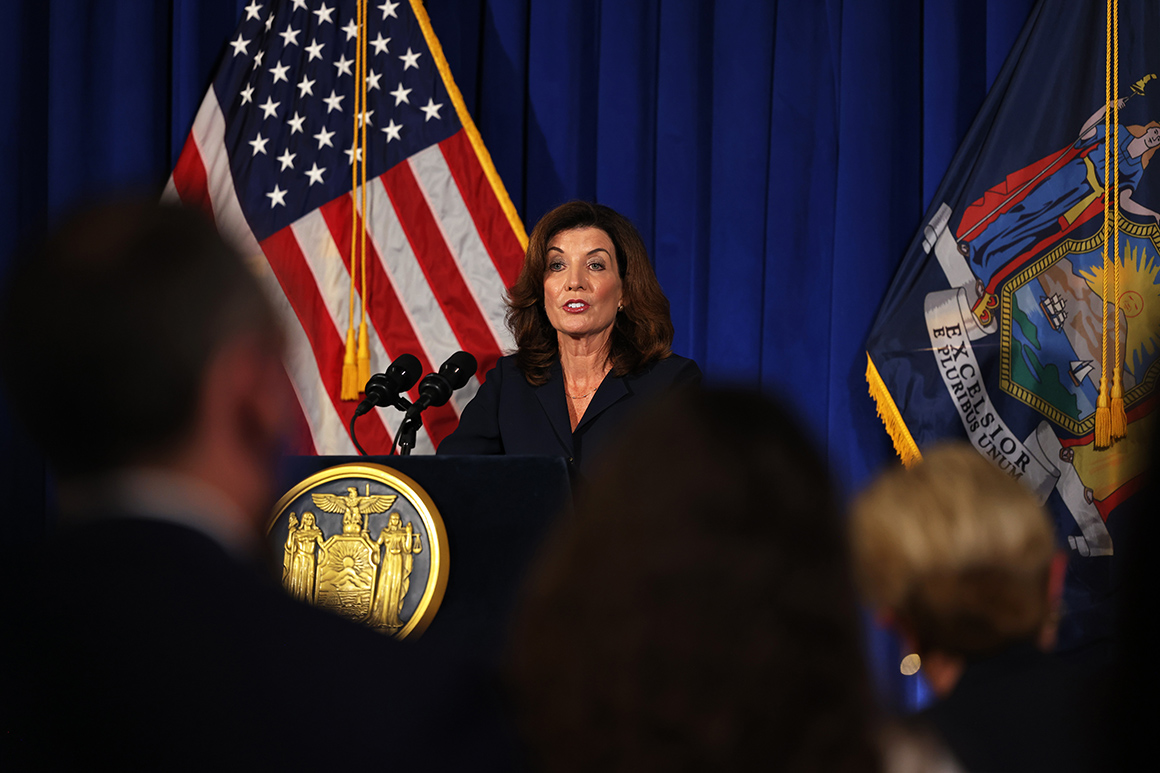 ALBANY — New York’s Democratic Party for much of the past decade has been one of the many tools Andrew Cuomo wielded to exert his dominance over the state.

Now, his planned exit from the political stage opens a power vacuum, and the New York State Democratic Committee faces an uncertain future with barely a year to go until the next major election.

On taking office Tuesday, Gov. Kathy Hochul will become the face and likely the unofficial leader of the party. But she might have a difficult job keeping the party apparatus united behind her in advance of a 2022 primary. For one, there’s a decent chance that a competitive race could lead to factionalizing between her and someone like state Attorney General Tish James.

And even if Hochul — who recently declared her intentions to run for a full term — manages to clear the field in the coming months, she will likely have to deal with a more serious limitation to her dominance over the Democratic Committee: Cuomo’s departure has created an expectation with some that the traditionally top-heavy party will take steps toward one that’s more representative of the different forces within it.

“Whereas Gov. Cuomo, his style was very matter of fact, ‘Do this, because I said so.’ I think you’re going to have a different relationship with future Gov. Hochul where she will be more of a cooperative, collaborative leader,” said Erie County Democratic Committee Chair Jeremy Zellner.

Cuomo’s control of the party was obvious as early as 2013. That year, the Democrats’ “housekeeping” account — a fund theoretically designed for activities like increasing party enrollment — raised $5.9 million. A total of $5.3 million of that was spent on television ads praising Cuomo’s legislative agenda.

The following year, Cuomo promised to raise $10 million for state Senate Democrats as a condition of his being endorsed by the Working Families Party. He never came close to following through on that pledge and Republicans, after enjoying spending advantages in most of that year’s competitive contests, emerged from the election with a slim majority.

When the governor faced a primary challenge from Cynthia Nixon in 2018, he won more than 95 percent of the party’s vote at its convention, officially letting it spend money to help his campaign. The committee’s support was so ardent that it sent out mailers suggesting Nixon, whose children are Jewish, was anti-Semitic.

Once the governor lost the support of most high-ranking Democrats after allegations against him began to surface this spring, progressives introduced a resolution within the party to censure him. The issue didn’t even come up for a debate.

“Mind you, it was out of bounds at a time the third-most powerful Democrat in the country and the senior member of our delegation, Chuck Schumer, had already called on the governor to resign,” said Patrick Nelson, a committeeperson from Saratoga County. “And mind you, censureship is less that removal from office — it’s ‘governor, you did a bad thing and we’re just telling you you did a bad thing.’ And we couldn’t even do that.”

But reformers are urging caution to those hoping for wholesale change to the culture of the party overnight.

But she did predict some issues that members have been “vaguely upset about” in the past might be the subject of contentious debate in the future. And many are hopeful that Democrats can at least move toward being focused on electing candidates up and down the ballot.

“I think the state party moves into more of a support role for county committees and elected officials across the state, instead of just being laser-focused just on the governor,” Zellner said.

“Hiring and elevating people … with a history of winning in tough races rather than based on personal loyalty,” he said when asked what direction he’d like the party to take.

Even though the party has remained loyal to the governor, his micromanagement had diminished a little in recent years. Some attribute that to the 2016 arrest and subsequent conviction of Joe Percoco, a top aide to Cuomo who acted as his enforcer.

“I don’t think Kathy will have a henchman going around saying ‘you do this, you do that, or else,’” said Jay Bellanca, a progressive committeeperson from Washington County.

Jay Jacobs, the chair of the party and a longtime Cuomo loyalist, says he’s supportive of a continued decentralization.

“I’m hopeful that Kathy Hochul would agree with that. I know that as a lieutenant governor and our many conversations, she did believe in that as well,” he said.

How far down that path the party goes will be determined by Hochul’s ability to remain the state’s top Democrat and how heavy a hand she wields.

But even for some of the progressives who are skeptical about how much things might change, there’s hope that the future can’t be much worse than the past.